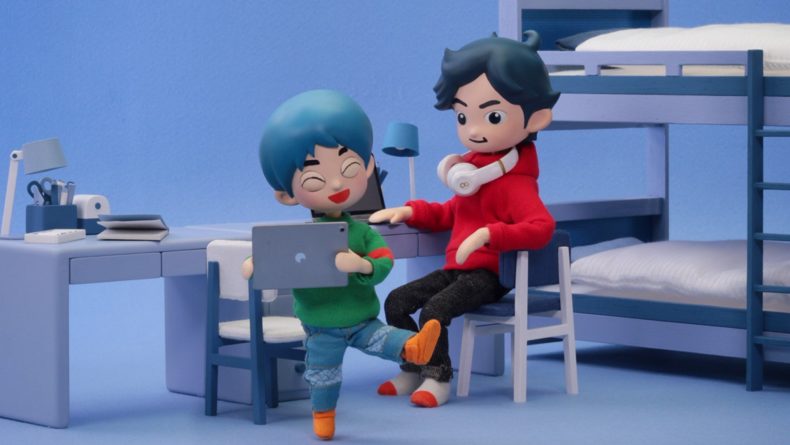 After hitting us with plenty of high quality games already, Apple have announced it is releasing not five, but six new games today to Apple Arcade, bringing the total up to 100 games available via the subscription service.

We already brought you the first of our five favourite games after the service was launched, but looks like we’ll need to update that with a part two, pretty soon. At this current rate, there are five new Apple Arcade games every week! Description: “Takeshi and Hiroshi” combines the world of puppet animation with Role Playing Game. It tells the story of two brothers. Fourteen year-old Takeshi, a game designer to-be, is creating a game for his little brother Hiroshi who always wants to play the next chapter of the game as soon as possible. As the game is still in the making, Takeshi has to improvise and secretly plays some of the monster roles himself. It is Takeshi’s goal to make Hiroshi really enjoy his game, let him meet big challenges, but preferably to prevent him from losing. He has to choose which monsters shall appear when and struggles more and more as the challenge for him as a game creator becomes increasingly difficult. Description: In Guildings, you and your best friends are heading out on a quest. You’ll climb through dark tunnels to reach mystical mountain temples. You’ll match wits with goblins, ghosts and sentient coffeemakers. You might even save the world from tearing itself apart. All you need to get this quest started? A magical phone. Be sure to read the fine print. This is Guildlings, a new story-driven episodic adventure brought to you by Asher Vollmer (maker of Threes), IGF award-winner Jamie Antonisse, and the team of dedicated indies at Sirvo Studios. Drawing inspiration from classic RPGs, point and click puzzlers and visual novel games, it tells a lighthearted coming-of-age fantasy tale within a modern mobile frame.

Marble It Up: Mayhem!

Publisher: Marble it up

Description: Marble It Up! is the next generation marble platformer with world-class level design, buttery-smooth controls, outstanding visual fidelity, unmatched rolling physics – and that’s just the beginning of the best marbling experience yet. Welcome to Mayhem – Roll through a beautifully designed campaign filled to the brim with dangerous obstacles, mind-bending paths, shifting gravity, and flexible power-ups! Multiplayer – Progress by playing your favorite game modes! Hunt for gems, blast your friends, and prove your marble mettle in online multiplayer. 100+ Marbles – Find hidden trophies, complete chapters, earn medals, and play multiplayer to grow your magnificent marble collection! Tools to Improve – Global and friends leaderboards, replays, and ghost races? All part of a true marble master’s toolkit on the path to the world’s best times.

Description: Sociable Soccer lets you represent the club you love and develop your team by collecting 25,000 upgradable player cards, from 1,000 international teams. Gameplay is intuitive and ultra-flexible, offering something for everyone. Players can go head-to-head in multiplayer or experience the 60 hour campaign mode taking on the world of soccer and ad hoc friendly matches. Description: A lonely roadside diner in the middle of the desert. The locals say it’s lost all its color. You are sent to investigate. Discolored​ is a strange and surreal puzzle adventure, taking place over a single desolate location. Your mission: restore the color to this once-vibrant world. What caused the colors to disappear? How can they be brought back? As you explore, you’ll solve an array of inventive puzzles and uncover a selection of clues – leading you to discover the deeper secrets of this strange place at the end of an abandoned highway. Discolored is a unique first-person exploration game fused with intricate and inventive puzzle-solving and a beautifully haunting soundtrack. Description: What would you do if a real UFO descended from the clouds? Run screaming? Or grab your iPhone and start recording?! The highly anticipated sequel to the award-winning iOS 2010 release, UFO on Tape puts you in the hot seat as you speed through the countryside in hot pursuit of visitors from outer space.

Which of the six new Apple Arcade games will you be trying? Let us know in the comments below!