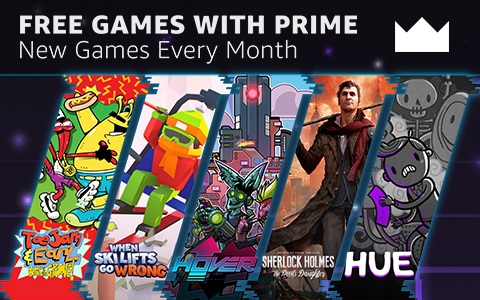 Twitch have announced all the in-game offers that will appearing in the month of December. There is a fair things on offer so let’s dive in and see what you can look forward to.

First up is Sea of Thieves. The Prime offer comprises of an exclusive livery set, three new emotes and wee pet monkey. If this loot tickles your fancy then you have from now until Dec 6 to claim it.

Arriving in the month of December LoL players can customise Champions with 1 mystery skin shard each month for the next three months.

For the Teamfight Tactics players amongst you, arriving in December you can claim a monthly mystery Little Legend and permanent emote for the next three months.

From December 3 you Magic players wil lbe getting access to the Prime exclusive Lilana’s Legion deck.

That’s not even the half of it as Twitch also announced the free games that are coming in the month of December. From the 02-31 December you can claim the following games:

You can also check out the below video showing off the above games at the end of this.

There’s a load of extra content being released throughout the month of December that’s been compiled into this handy list:

As promised here is the video showing off those free December games.