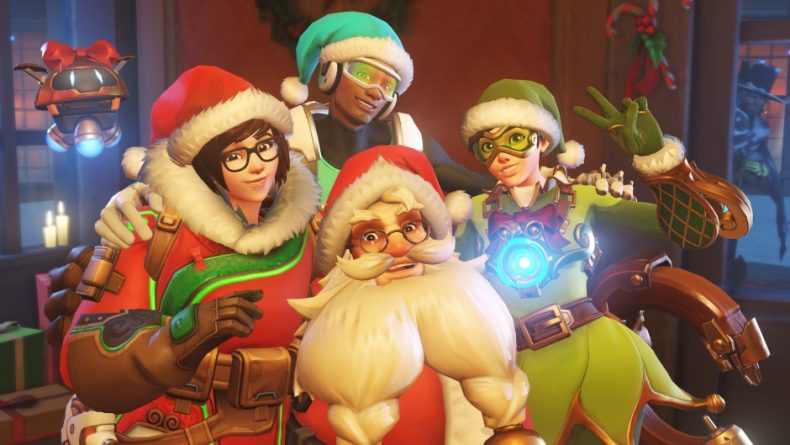 It’s that time of year once again, where Santa squeezes his ample buttocks through your chimney and delivers presents of all kinds. If you’d rather not receive another pair of white cotton briefs or a gift card from a shop you’ll never visit, why not treat yourself to one of the many awesome gifts below. There’s something for everyone, so if you’re struggling to buy for someone, or want to treat yourself this holiday season, God is a Geek has you covered. What’s better than getting blind drunk and singing your heart out to cheesy pop tracks on Christmas Day? Roxi is an entertainment system that allows you to choose from thousands of songs to sing along to, as well as featuring an extensive choice of over 35 million songs to listen to. Simply plug it in to your TV, connect to your WiFi, and off you go.

Featuring Smart Voice Technology to help you choose your music quicker, Roxi wireless microphones, an accessible Carosel-style UI, and plenty of modes including Name the Song, Duet with the Stars, and Worldwide Radio. It really is a lot of fun, and well worth the affordable price tag. Looking for a new controller for your Nintendo Switch? These wonderful designs are not only amazing because they feature Jigglypuff and Pichu, they also have a retro Gamecube design, too. It’ll take you back to the days of wiggling that C-stick and playing a plethora of cool games, except the entire Switch catalogue is yours to enjoy. The Fight Pro Controllers are beautiful to handle, and at a respectable price of $24.99, there’s no reason not to pick one up, whether for you or someone you care about. Whether you’re snuggling up with a loved one, on your own, or treating someone special to one of Warner Bros’ fantastic movies, we’ve got a couple that are well worth watching. We all have a superhero inside us, it just takes a bit of magic to bring it out. In Billy Batson’s (Asher Angel) case, by shouting out one word—SHAZAM!—this streetwise 14-year-old foster kid can turn into the adult superhero Shazam (Zachary Levi), courtesy of an ancient wizard. Still a kid at heart—inside a ripped, godlike body—Shazam revels in this adult version of himself by doing what any teen would do with superpowers: have fun with them! Can he fly? Does he have X-ray vision? Can he shoot lightning out of his hands? Can he skip his social studies test? Shazam sets out to test the limits of his abilities with the joyful recklessness of a child. But he’ll need to master these powers quickly in order to fight the deadly forces of evil controlled by Dr. Thaddeus Sivana (Mark Strong). If you’re looking to wrap up warm this Christmas, and want to shout proudly from the rooftops about how much of a geek you are, The Geek Store has an awesome collection of Christmas jumpers on offer. Prices start at £24.99, and offer a wide range of children and adult jumpers, including Mario, Sonic, Wolversine, Star Wars, and Fallout. What better way than looking cool and staying comfy at the same time? If your household is like most these days you’ve probably got a ton of devices lying around that need charging. You might have a sweet streaming set-up where space is a premium or a natty display area full of nick-nacks and collectibles. Either way, Cable Guys have you covered with their massive range of stylised phone and device chargers.

We’ve covered a few in videos over the last few months, and every one is beustifully made and a great addition to any shelf. The one featured here is based on Spider-Man: Into the Spiderverse’s Miles Morales, and is perfect for PS4, Xbox One or Switch Pro controllers, as well as most phones and medium-sized tablets. It also looks the bomb. They all come with a free cable, too, and look awesome in or out of the box. This is just one of many, many designs though, so stick “Cable Guys” in your search bar for more. Who doesn’t like LEGO? You do, I do – even the Queen does (maybe, this is yet to be confirmed). VANUODA’s build-on brick mug allows you to turn your morning coffee into a creative masterclass. It may not be the most practical of mugs, but it’s such a great idea, and will make you the most popular person in your house, office, or whether you choose to get it out.

You can attach any LEGO pieces to it, and if it’s a gift for your child, just make sure to fill it with juice, or else it could end up with a trip to the hospital. Ignoring the bleak possibility of that last sentence, this is such a cool gift you’d be crazy not to head over to Amazon and buy one. Attach your Star Wars LEGO to it and build your own homage to the latest Star Wars movie, The Rise of Skywalker, or revisit your childhood and turn your mug into a spaceship or racing car. The possibilities are endless. After a large Christmas dinner and a few glasses of chardonnay, it can be almost impossible to keep your eyes open whilst watching the Queen’s Speech and the usual circulation of Xmas movies. Why not do something different and get into a game of Monopoly? OK, so this may not be everyone’s cup of tea, but what if it’s based on one of two of the biggest game franchises of all time? At GeekBox, you can buy loads of brilliant Monopoly games, including these awesome Uncharted and Halo themed versions. See various locations from the game, and move around the board with game-specific totems that will make sure you stay awake on Christmas day, and if you’re up for a drunken night of making money and heading to jail, it’s best to do it legally, so give these Monopoly games a go! There’re lots of great video games that arrived in 2019, but one that’s perfect for friends and family to play around Christmas is Mario and Sonic at the Olympic Games Tokyo 2020. It’s a colourful, fun, and competitive game with straightforward controls that make full use of the Joy Cons, and there are plenty of events to get your teeth into. From Badminton to Horse Riding, you’ll find something that suits you. Not only that, but there’s a Story Mode if you just fancied playing it alone, and even a Retro mode that allows you to compete in various events whilst looking like an 8 bit Mario or a 16 bit Sonic.

Video games are cool. Don't let anybody tell you any different.
MORE LIKE THIS
Amazondetective pikachugeek storeHalo