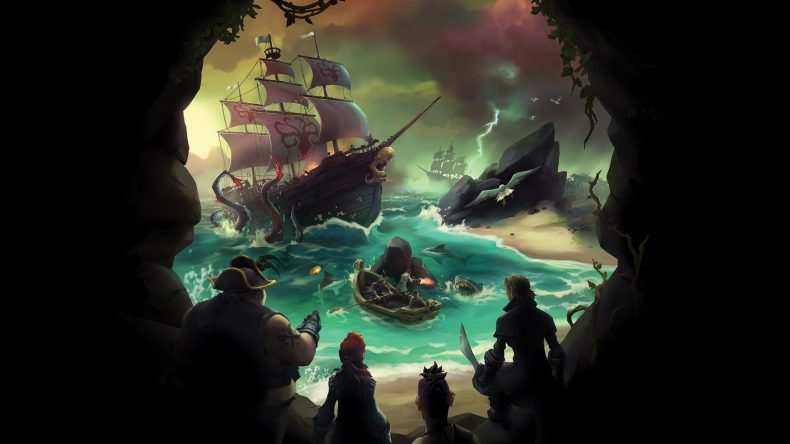 In Game of the Year awards, it is often a point of contention if games released prior to the year should be eligible, when they’ve been updated throughout the last 12 months. With “games as a service” meaning that developers want players to play a constantly evolving game for multiple years, release date is no longer the line in the sand it once was.

One such game that has evolved significantly in the last year is Sea of Thieves. Originally criticised for having an open world too empty on release, Rare has been adding content to the seas to keep its player base invested and enticed as they go about their pirate business. What was once a game with a limited amount of quests to sail off and complete (either kill skeletons, dig up treasure or deliver goods) now has a selection of new missions and even game modes, as well as a bunch of new mechanics. The first improvement to Sea of Thieves this year was also the most drastic. On April 30th Rare released the Anniversary Update, and the Seas changed forever. From Story content that the community had been craving, to the dedicated competitive battle Arena – one patch practically doubled the game’s content. Now, 8 months later, it’s hard to imagine sailing around The Shores of Plenty without taking damage to the mast or being able to fish. The Anniversary Update made Sea of Thieves the game that fans always wanted it to be.

More recently, Rare have taken to a new schedule when it comes to adding content to the game. With monthly updates the new norm, budding pirates now have a huge list of new time-limited and permanent tasks to complete with each new update. Alongside these tasks, new cosmetics are available with each update, ensuring that there’s always something to spend your hard earned gold and doubloons on.

I could spend hours waxing lyrical about all the new features added in these updates and their effect on the game, so in the interest of saving us all precious holiday minutes – here are some of my personal favourites.

The recently added Firebombs and the beautiful flames that follow lead to some hectic situations; little is more satisfying that setting an aggressive ship alight and watching their carefully stored explosives erupt. Reapers Chests that show your position to all other ships on the server also lead to some intense PVP situations.

The final update of the year was this month’s Festival of Giving. This brought a much more heart-warming addition to the game, in the form of wrapped gifts hidden about the world. If you bestow a gift to another crew you are rewarded with doubloons, and I’ve never been a part of so many alliances as I have this month.

Sailing the Sea of Thieves has been a huge part of my year. In fact it was Rare’s swashbuckling world that lead to me and my partner buying a second Xbox One to play together cuddled up in bed. Spending hours at a time exploring the beautiful islands has always been enjoyable, but with all the new additions your pirate adventures feel like less of a repetitive grind. Last year, Sea of Thieves was a good game, but in 2019 it became a great game.

Game of the Year 2019: A Plague Tale: Innocence