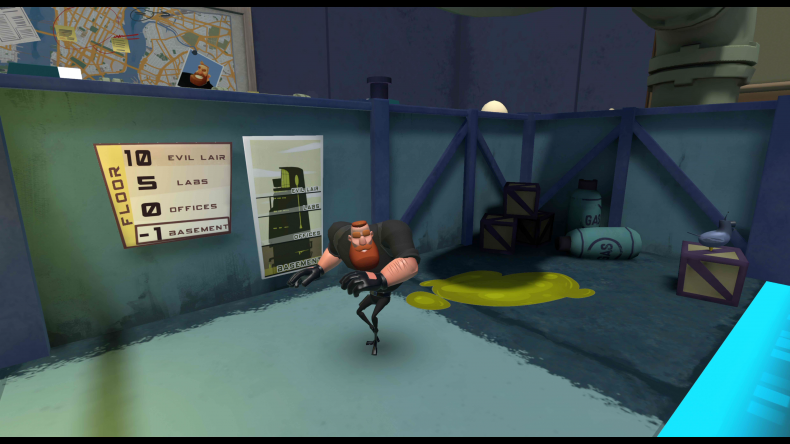 Secret Oops! is an innovative co-op action game where players use Augmented Reality to make sure that the world’s dumbest spy isn’t detected. When a new threat arises and briefcases start to disappear all over the world, the S.P.Y. Agency, the only agency in the world run by robotic pigeons, sends its best agent to investigate: Special Agent Charles. Charles is the best spy in the world but… he’s also as dumb as a rock. Security cameras? Deadly traps? Dangerous robot-guards? Charles will happily trigger them all. Luckily players and their friends are ready to help him. “With Secret Oops! we wanted to do something completely new and different. We had this crazy idea of a social multiplayer game in AR using multiple devices to play with the same virtual world, with a dumb spy as the main protagonist. We wanted the players to interact with each other, to move, to talk, to cooperate in a spontaneous way, and to bring the gameplay outside the screen. It’s a very physical game.”

Secret Oops! launches today on Apple Arcade, with 2 game worlds and 35 hand-crafted levels for up to 4 players. MixedBag has also committed to adding more levels and worlds over the coming months.