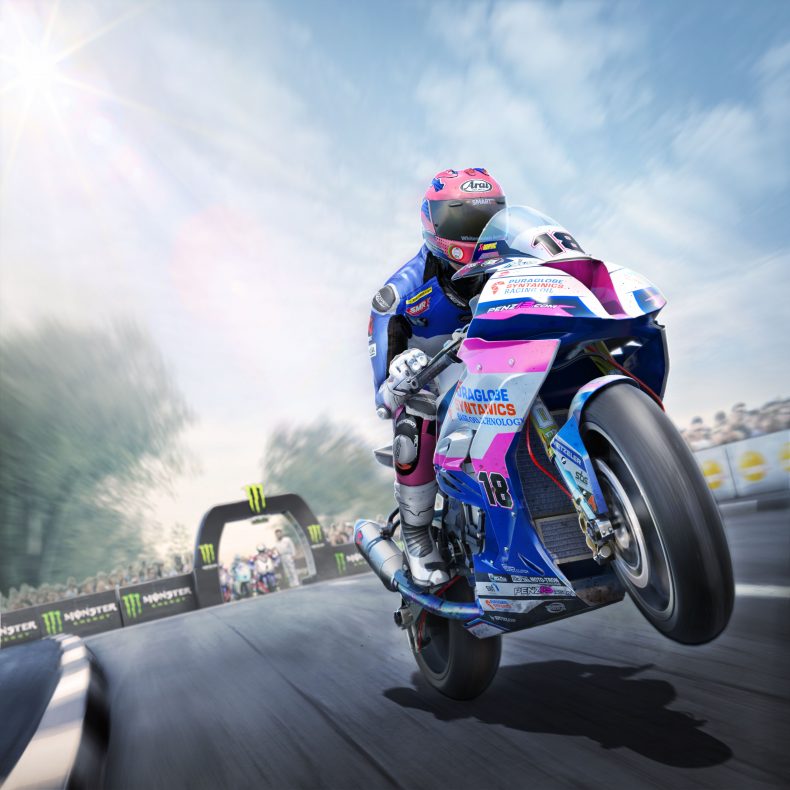 With TT Isle of Man: Ride on the Edge 2 now having a release window, developer KT Racing and publisher Bigben Interactive want us to know a few new details about the upcoming sequel. Namely, that new star Davey Todd and the “fastest French rider on the TT circuit” Julien Toniutti are involved in the making of the game.

Davey Todd is a young English rider who actually trained for his first Isle of Man TT by playing TT Isle of Man: Ride on the Edge, netting him 2nd place in the game’s online leaderboards, not to mention the accolade of being the second fastest newcomer of all-time in the real race.

Julien Toniutti, who in 2018 beat the all-time fastest lap record set by a French rider, also shared his expertise with the development team.

“Competing in the TT is the ultimate dream of any rider. In TT Isle Of Man – Ride on The Edge 2, the aim is to reproduce the sensation of speed and adrenalin, as well as the concentration and control required for any Tourist Trophy rider, while the player sits comfortably in their chair, risk free,” said Julien.

TT Isle of Man: Ride on the Edge 2 comes to PlayStation 4, Xbox One and PC in March 2020, with the Nintendo Switch version to follow at a later date.