previous
DOOM and DOOM II are now 60 FPS, add on support, and more!
random
next
Mosaic is heading to consoles this month
0 comments 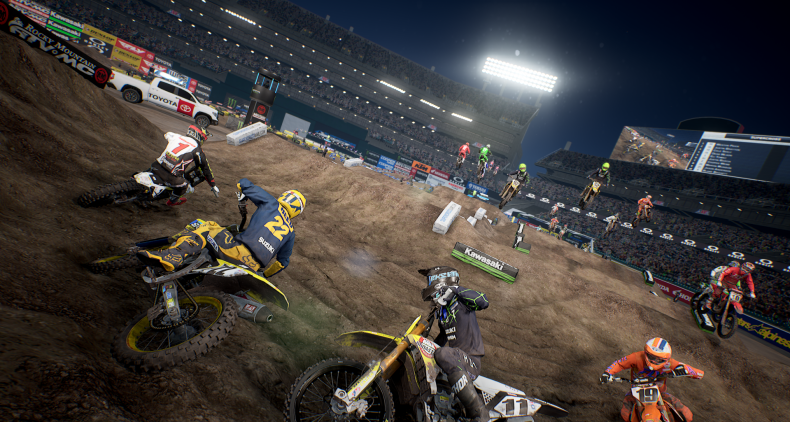 With Milestone’s latest Supercross game hitting shelves in less than a month, the developer/publisher thought we might like a new trailer to celebrate. Showcasing Monster Energy Supercross 3’s features, this latest video might not be what you’d expect…

There is, according to Milestone, a “rhythm and flow” to racing in Supercross, so why not craft a rap song to announce its new game’s features?

Supercross athlete Adam Enticknap is apparently also a rapper, known as 7deucedeuce, which led Milestone to get together with the rider to create Be One of Us. Shot on location in California, this music video was created to mix real-life and digital Supercross action. It’s certainly a unique way to sell a motorsports videogame, that’s for sure.

Our recent hands-on with the game was rather positive, but we’ll have to wait until February 4th to see if Monster Energy Supercross 3’s final release builds on that positivity, when it comes to PlayStation 4, Xbox One, Nintendo Switch, PC and Google Stadia.