Resident Evil 4: the pinnacle of a series, 15 years on 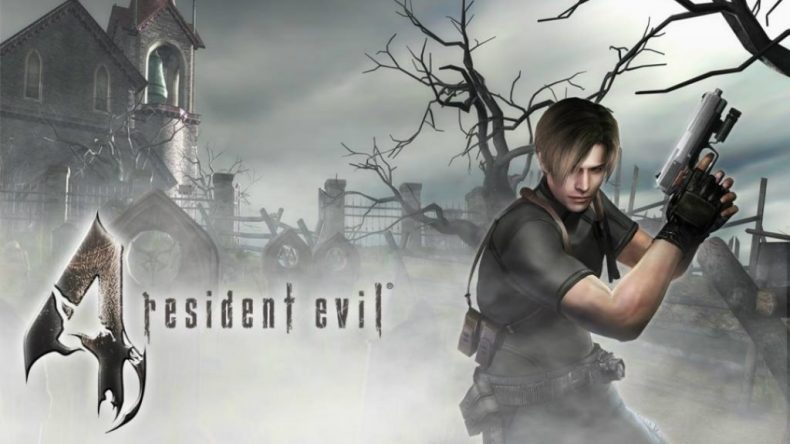 When I sit here reminiscing about just how good Resident Evil 4 was, no one defining moment comes to mind. But that’s not the damning indictment it sounds, because the problem is actually that so many different parts rush into my head, vying for the top spot. It’s that consistency of well-paced, memorable moments peppered throughout Resident Evil 4 that make it so loved, and why for many it’s the pinnacle of the much-loved horror series.

For a lot of us, it will be that first frantic scene in the village where it’s just you and a relentless swarm of Ganados. You’ll need to run, gun and dodge your way to survival, searching for bullets and making every shot count. You take down a few enemies, but more keep coming. That is until that eerie chiming of the bell calls a halt to proceedings, and you can finally take a deep sigh of relief. As openings go, it’s pretty memorable and sets the scene perfectly that this is a very different Resident Evil game.

Gone are those cumbersome tank controls from the earlier Resi games. No more fixed camera positions dictating what you see and where you go. Resident Evil 4’s over-the-shoulder viewpoint and free movement felt fresh and more importantly freed you up to explore in your own way. Linear corridors and pokey rooms of previous titles were replaced with open areas to explore and navigate how you saw fit. By and large, the puzzle-solving elements were removed and replaced with an emphasis on tactical play. There was even a knack to how you managed your gear, and when a game gets plaudits for an inventory management system, you know it’s made it. The attache case system in Resident Evil 4 is simple but effective in that everything is the size it should be. Gone are the days when a humble ink ribbon was as cumbersome as a shotgun or numerous grenade rounds. Here, everything is sensibly sized and forces you to choose what to take with you. Upgrades not only give you some breathing space but come courtesy of the best character in the entire series; the “Whaddaya buyin’?” Merchant character. His mysterious manner and fantastic accent kept Leon in weapon upgrades and healing items throughout his adventure.

And that adventure shouldn’t have worked for how simple the story was. True this is Capcom, so no one is expecting Shakespearean depth, but you literally have to rescue the President’s daughter. That’s the type of writing akin to a child’s superhero fantasy comic, but for some reason, it works. It’s barmy from the start, never taking itself too seriously, and means Leon feels well-placed to deliver camp jibes to enemies in cutscenes just as he sends bullets to all their squishy parts. And the voice acting was on point meaning every sarcastic rebuttal or quip was delivered with satisfying commitment and belief.

There’s also so much variety on display, from pottering through rural Europe uncovering the cause of the strange goings-on, to mine-cart rides in the depths of the underground. Not to mention the fight with an enormous fish in a lake or roaming the halls of an ancient castle, there’s always something new going on. And frankly, the look on my face when I saw that hooded fella with the chainsaw lurching at me as his pruning tool wound up was one of awe. A face that soon turned to shock as I missed a few shots in panic and came face to face with the sharp end of his whirring blade. An iconic moment for the history books, indeed. Resident Evil 4’s lasting legacy is clear for all to see in so many more recent titles too, both in survival horror and indeed in more action-orientated shooters. Its over-the-shoulder perspective meant you still had a decent field of vision in front of you to immerse yourself in the experience. It also allowed for pin-point accuracy aiming from this viewpoint too, something it took pleasure in maximising thanks to the lumbering Ganados you needed to quickly pick off to survive. Whilst some bemoan the move away from true survival horror, I disagree somewhat. Your survival relied more on your reflexes than anything else and that’s a tense affair. Just look at the remake of Resident Evil 2 to show how you don’t lose any tension thanks to the freeing controls. We have Resi 4 to thank for that.

15 years is a long time, and sometimes with old favourites we can be forgiven for lauding titles with dewy-eyed nostalgia, those rose-tinted specs blurring our critique. But Resident Evil 4 deserves its pedestal, for everything it achieved. It not only managed to elevate a fairly formulaic franchise into something new and exciting but set the standard for future games in the genre to follow. Its story is bonkers, but the pace never lets up and it’s full of stand-out moments. It’s no wonder it’s been ported to every gaming platform ever since, because quite frankly even now, it’s still a joy to play. Here’s to the next fifteen years.