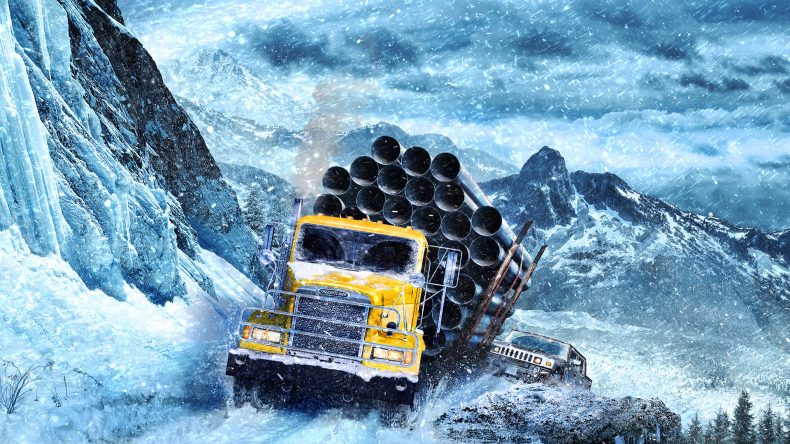 Developer Saber Interactive, and publisher Focus Home Interactive have announced that SnowRunner, the sequel to MudRunner is releasing on 28 April.

SnowRunner features a new graphics engine and improved physics simulation as you conquer wild open environments in the terrain simulator. There are over 40 vehicles, featuring brands such as Western, Star, Ford, Chevrolet, and Freightliner to choose from.

You will have to overcome snow environments that will provide unique challenges including mud, torrential waters, snowbanks, ice and frozen lakes. You can expand and customise your fleet of vehicles with upgrades and accessories to help you defeat the environment including chain tyres, high suspensions, floodlights and many more upgrades.

You can play solo, and also with other players in a fully synchronous 4-player co-op. At release there will also be full mod support on PC, with plans to bring mods to consoles further down the line.

SnowRunner will release on Xbox One, PlayStation 4 and PC through the Epic Games Store.

Likes to shoot stuff and wear pretty shoes. Is a BEAST at Titanfall.
MORE LIKE THIS
Focus Home InteractiveFordSaber InteractiveSnowRunner