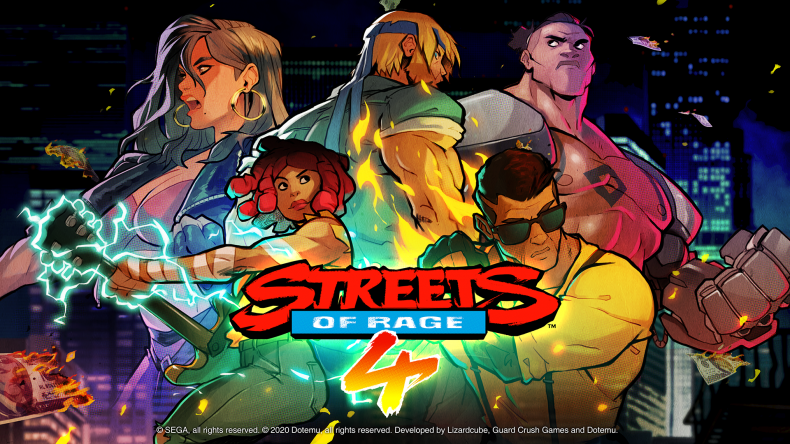 Streets of Rage 4 may not have a concrete release date yet, but Dotemu assures us it is coming soon. To keep us wanting more, the development team has revealed the game’s fifth and final playable character: Floyd.

Joining the original trio of Blaze, Axel and Adam, as well as Adam’s daughter Cherry, Floyd is a powerhouse with his cybernetic arms, courtesy of the third game’s Dr. Zan. His health recovery and movement are slower than the other characters, but he makes up for it with a longer reach and brute strength. But that’s not all of Streets of Rage 4’s new announcements. Given how important multiplayer was in the original trilogy of games, the development trio of Dotemu, Lizardcube and Guard Crush Games is also placing that same importance on this long-awaited sequel.

Specifically, Streets of Rage 4 will support two-player online co-op and up to four players can fight together in local co-op. Streets of Rage 4 will release later this year on PlayStation 4, Xbox One, Nintendo Switch and PC.