Luck o’ the Zombies event has gone live in Plants vs. Zombies: Battle for Neigborville 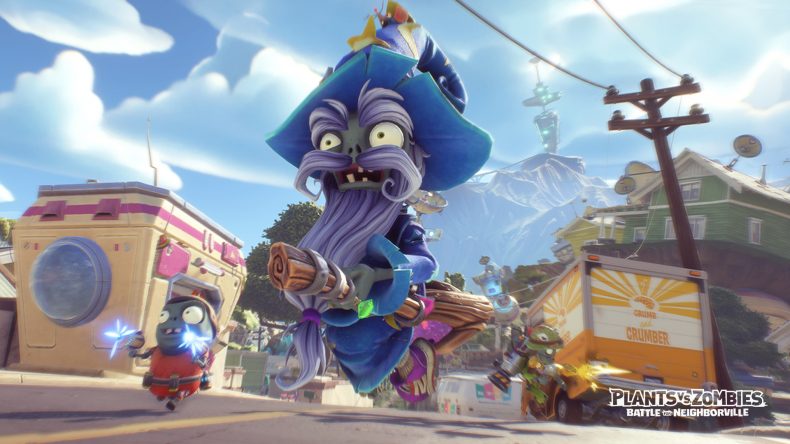 Plants vs. Zombies: Battle for Neighorville is getting a brand new Wizard Zombie character.

The Wizard Zombie character is available as a reward for reaching the end of the Prize Map. The event – Luck o’ the Zombie, which sees the Neighourhood decked out with pots of gold and leprechaun hat balloons, is currently active.

Also as part of the event, players can earn the rare Citron 5000 costume, which is the midway point of the prize map. The Wizard’s Legendary Wishbreaker costume will become available after all this month’s prize’s are unlocked.

The new Wizard Zombie is a powerful magic user that can ride on the heads of his allies as well as throwing a potion that makes his allies temporarily immortal, and launching magical missiles that chase enemies. You can find a full listing of his abilities by visiting the Battle for Neighborville blog site.

If you are unable to unlock the Wizard via the Prize Map, fear not because he will be available to buy for 500k coins, starting in April.

The event is live right now and will be running for the entire month.

Likes to shoot stuff and wear pretty shoes. Is a BEAST at Titanfall.
MORE LIKE THIS
EAplants vs zombiesPlants Vs Zombies: Battle for NeighborvillePopCap