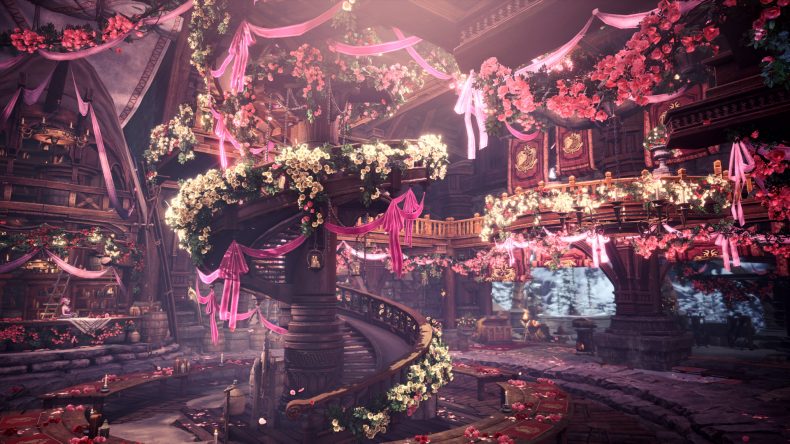 Capcom has announced that the third free title update for the acclaimed Monster Hunter World: Iceborne expansion is now available for PlayStation 4 and Xbox One.

The update offers two new powerful monster variants, a number of system updates, and a new seasonal in-game event. You can watch the accompanying Developer Diary below, which teases future updates.

In this update Hunters can take on the Furious Rajang whose golden coat crackles with energy. There’s also the Raging Brachydios that brings with it explosive charges through a volatile coating of slime seeping from multiple areas on its body.

For Hunters taking on these monsters they will be rewarded with brand new top-tier Palico gear, weapons, armours featuring new set bonus skills, and decorative pendants.

Title Update 3 also introduces layered weapons, which alter the appearance of weapons without impacting their stats. The first round of layered weapons are available now, with more coming in April.

The Hunter Helper pool has been overhauled with increased monetary rewards and enhanced drop rates for various quest types. Assisting hunters with assignments will no offer a chance to receive rare decorations through Carved Feystones.

A day after Title Update 3 arrives for PC players on 8 April, both the PC and console communities will celebrate the new Seliana seasonal event – Full Bloom Fest. The festival will feature new canteen meals, a new Poogie costume, seasonal Palico gear and more, including log-in bonuses and bounties.

You can find more information on this update and future ones via the Monster Hunter World: Iceborne website.

Likes to shoot stuff and wear pretty shoes. Is a BEAST at Titanfall.
MORE LIKE THIS
CapcomDeveloper Diarymonster hunter world: iceborne