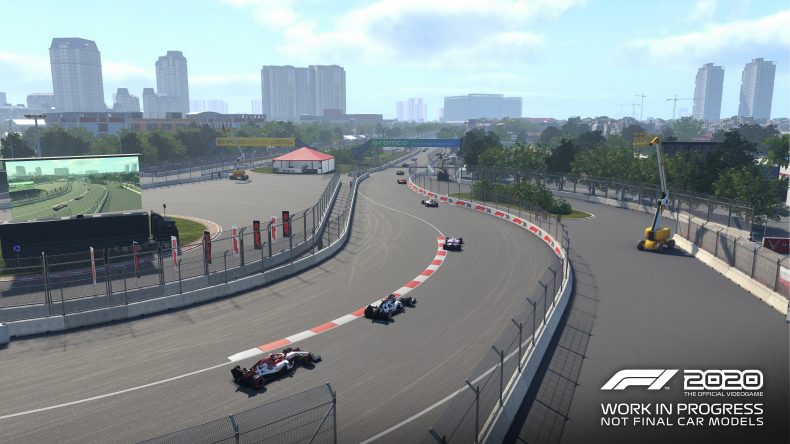 Codemasters has released the first footage of Vietnam’s new street circuit Hanoi in F1 2020. The Hanoi Street Circuit is the newest circuit to be added to the F1 calendar and was due to commence at the beginning of April.

This is the first time the circuit has been shown in any F1 game and is considered to be one of the fastest circuits in the F1 calendar.

“We’re always excited to create new experiences for our players. Hanoi Circuit delivers both thrills and challenges, set against the backdrop of the stunning city skyline,” said Lee Mather, F1 Franchise Game Director at Codemasters. “Hanoi Circuit is an adrenaline rush with high speeds, long straights and heavy braking zones, but it will punish anyone who doesn’t respect the walled sections.”

You can check out the circuit in action in the below video.