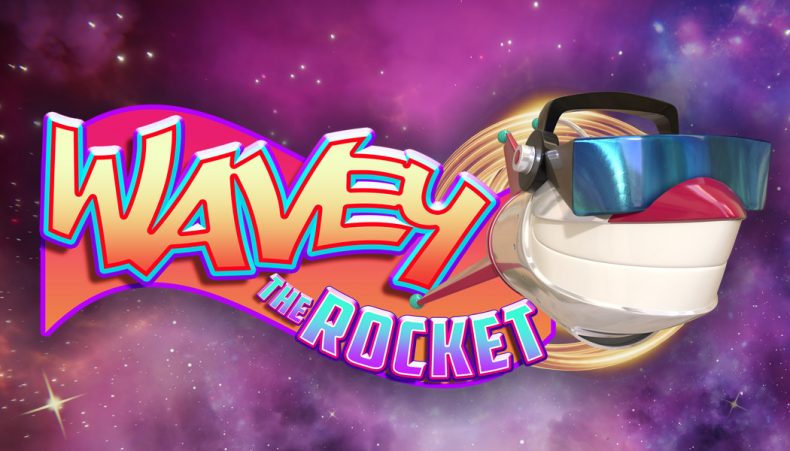 Wavey The Rocket by UpperRoom Games can be very challenging to get to grips with despite it’s simple idea. Moving Wavey around on a wave is an ingenious concept that can be difficult to master. When new and more difficult obstacles are introduced, things can become even more tricky. However, it’s a title well worth spending time with, and so we here at God is a Geek have got you covered. Check out our top Wavey The Rocket tips below to help you get through the challenge. Perhaps the most important of our Wavey The Rocket tips you can heed whilst playing is to not be afraid of failure. You will crash and die in Wavey The Rocket. A lot. But that is part of the game’s design. You are expected to learn from your mistakes and gradually piece together what wave combinations will get you through a certain level. Only a few are choreographed in a way that will allow you to pass through unscathed, and these will be during the first few stages. After that it will be a case of trial and error, testing and learning as you go. So don’t be downtrodden if you feel like you’re failing constantly, this is all part of the experience, and restarting is a quick and painless affair, making it easy to jump right back into the madness. Coins aren’t just shiny collectibles that help improve your score. During most levels they also serve a far more useful purpose to the uninitiated. They often denote a path for your wave, which you can line up to, to sail through obstacles with ease. If you get to a section that you’re unsure how to navigate, then have a look for coin trails. Chances are they offer a hint as to how you’re supposed to react with your wave. It still might take practice to execute what they are suggesting, but at least it gives you a hint of how to progress. Wavey The Rocket is definitely a game that repurposes itself as a score attack runner after a while. Each stage will give you a score and an appropriate ranking from D to S depending on it. And it can be compelling to retry stages to try and boost your score before moving on. This is a legitimate strategy, however, you’ll likely find much more success if you ignore your score and ranking and proceed through the next few levels. Returning when your skill and reactions have improved organically whilst playing will afford you the dexterity required to really improve your score.

4. Watch out for boost icons The boost move can be used three times in a single level. That is unless you pick up a boost icon dotted throughout the levels to replenish a single use. These items can give you a boost of speed and get you out of tricky situations with a lateral thrust. However their placement in levels is often a signifier of potential shortcuts or alternative routes through certain obstacles. Whilst they might mean you miss out on coin trails, they could lead to elusive gems or a quicker time to get to the exit for a higher final score.

5. You can turn around It can be easy to forget whilst playing, but it’s relatively easy to switch direction and move left. Sure the exit is always to the right in traditional levels, but turning around not only helps bag those coins that are in a circular arrangement, but also gives you a few more maneuverability options. Turning around can give you a brief respite to assess what’s in front of you before progressing. This is particularly useful if combined with increasing the height of the wave and shrinking their length. You’ll almost go up and down on the spot, pausing the madness to figure out how to move forward. It’s not good for your time, obviously, but it can help prevent death from not reacting to a new obstacle.

6. Hunt for gems if you’re stuck The last of our Wavey The Rocket tips concerns the three collectible gems hidden in each level for you to collect. They’re often in out of the way locations, but once you’ve reached a checkpoint with one in your possession, it’s collected permanently if you finish the level. Nabbing these gems does wonders for your score at the end of a stage, but can also serve a secondary purpose. Throughout the overworld are locked gates requiring you to beat all the previous levels to unlock them. This can be particularly frustrating if a certain level is proving too taxing for you. However there is an alternative way to progress. If you have netted enough gems from the previous level you can use this currency to unlock the gate instead. As such you can move on to later levels without necessarily having finished all those that have gone before.

As the game progresses the number of gems required increases, so it can be a lot to ask for later gates. However, it does mean the game isn’t entirely locked out to you just because you’re struggling with a certain stage. Bear that in mind as you progress.