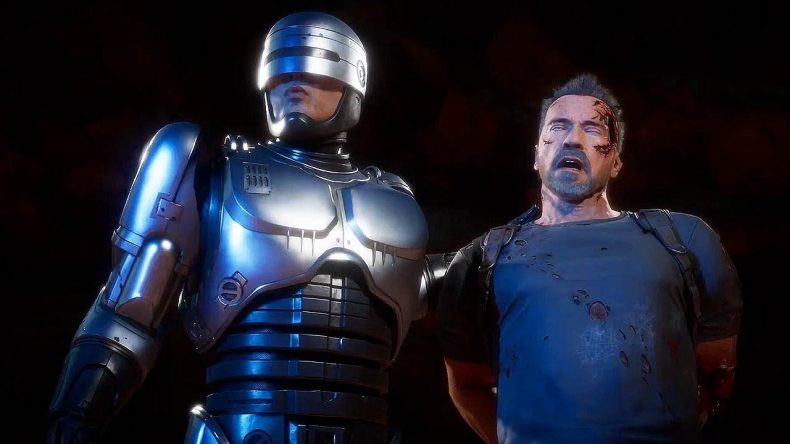 The trailer features the anticipated showdown between RoboCop and the Terminator.

This will be the first time RoboCop has made an appearance in the franchise. The Terminator has already a playable character featuring in the Mortal Kombat 11 Kombat Pack.

Robo Cop in Mortal Kombat 11: Aftermath features the voice and likeness of Peter Weller who played the iconic character in both RoboCop and RoboCop 2. The Terminator fighter is based on the actor Arnold Schwarznegger’s character from Terminator: Dark Fate.

Mortal Kombat 11: Aftermatch will launch digitally first on 26 May.