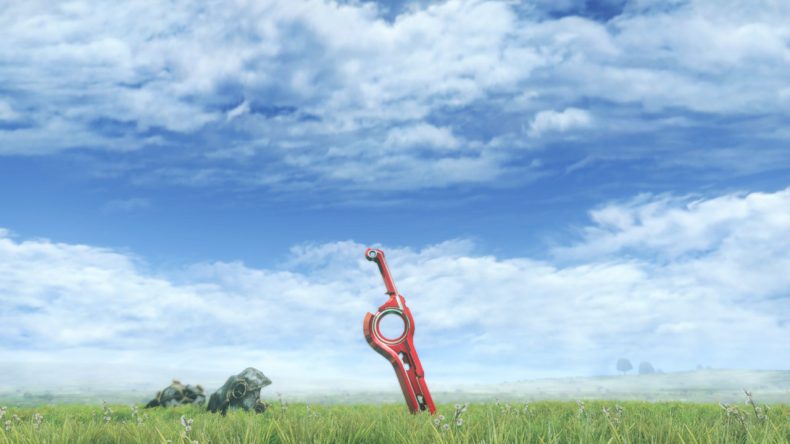 In Xenoblade Chronicles: Definitive Edition, dying doesn’t mean Game Over. In fact, all it really means is you get put back at the last fast travel point with no real penalty. Your first death will probably be against a unique monster, but don’t worry too much, you can always come back and try again right away. Unique monsters should be approached with caution

Xenoblade Chronicles: Definitive Edition has special named enemies with special name tags across the world. These are unique monsters that are much harder to defeat and they will immediately initiate combat with you on sight. The loot from them is great but avoid running into them early on until you know the combat system well and are a few higher levels. Unique monsters around your level also give you a good amount of experience so are great if you want to grind (assuming the one in question respawns).

Skills are worth learning

Skills in Xenoblade Chronicles: Definitive Edition are passive and have their own skill trees. Spend a bit of time in the skills menu to select trees for each character. They progressively learn more skills and become more powerful. Linking skills unlocks a bit later and this lets you learn someone else’s skills. You use affinity coins to do this. They are unlocked through various things in the game like levelling up or combat.

Don’t be afraid to change difficulty

Xenoblade Chronicles: Definitive Edition has a casual mode that makes battles easier but doesn’t change anything else. You can do this from the system menu under options for casual mode and the system menu for expert mode. The Expert Mode lets you adjust levels and bank experience to further tweak your own difficulty. The skills you can use during Xenoblade Chronicles: Definitive Edition combat are called arts. As you defeat new enemies, complete quests, and find new areas, you unlock AP. You use AP to upgrade arts. Make sure to enter this menu whenever you see a red dot on the ‘Arts’ part of the in-game menu. Upgrading arts lets you do more damage, get more buffs, etc. You can also use this menu to set arts you want to use for every character and rearrange them. Many areas in the game have stronger enemies roaming around in the night. You can change the time of day easily through the menu so make sure you do this while exploring a new area. Some areas look beyond gorgeous at night but have much stronger enemies so remember that.

Lure single enemies away from a group when possible

Xenoblade Chronicles: Definitive Edition will see many players get beaten to death when taking on multiple enemies early on. Lure an enemy out by targeting and then using the lure command. This will help make that whole encounter much safer. If you see blue or black enemies (name tag), don’t worry about luring because they are much lower level and the fight will likely just waste your time without much rewards.

Xenoblade Chronicles: Definitive Edition has a fantastic combat system with a ton of depth. There are loads of ways to improve your attacks but your aim initially should be to just try out the skills as you unlock new ones. It takes a good amount of time before you find a set you enjoy using. Also don’t be afraid to try out new party members. Don’t do this in boss fights but when you have some downtime between story moments, try out new party members.

Break, Topple, and Daze are three words you will be seeing a ton in Xenoblade Chronicles: Definitive Edition. Inflict break on an enemy with a break art (you learn these early on). Reyn usually follows up with an art inflicting topple. As you progress in the game, you learn Daze Arts that inflict daze. This is when everyone should ideally use their powerful arts on the enemy to inflict more damage. When you initiate a battle, you get a QTE to press B. Pressing B at the right time lets you raise tension in battle. This fills up the party gauge on the top left. When you land a critical hit or miss, you get another QTE to obtain more affinity. Increasing the party gauge lets you eventually do a chain attack. Try using a chain attack against unique monsters near their death to earn better rewards and more experience.

When you start playing Xenoblade Chronicles: Definitive Edition, you will likely stick to Shulk for a good amount of time. Shulk has a few arts that do more damage from the sides and one that does a lot more damage from the back. Positioning matters. Initially, Reyn will be the tank so you should focus on using these arts from different positions while Reyn has aggro for the enemies.

By pressing ZR and a direction on the d-pad, you can either instruct the party members in combat to focus on the enemy you are attacking, engage at will, or come close to you. The last command is especially useful if you are fighting in an area with terrain hazards. The first command helps when taking on a group.