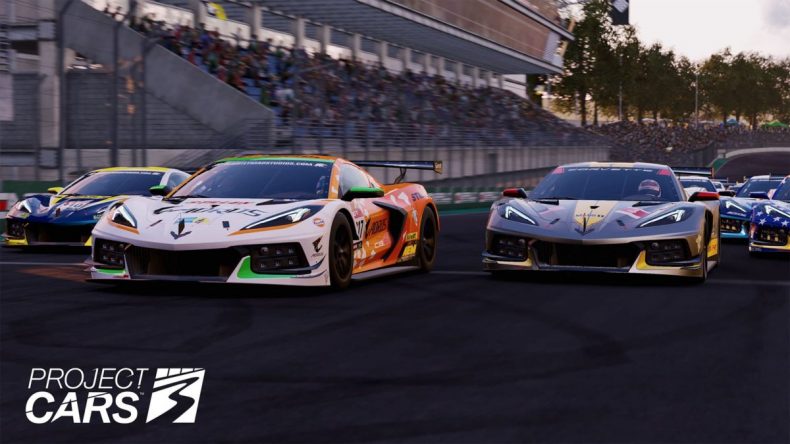 Take a tour under the hood of #ProjectCARS3 with the Design, Physics and Handling Teams, and find out some of what's coming your way August 28

In the first of what we can only assume is a series of Developer Blogs, the developer talks about the work that has gone into creating a realistic and accessible racing simulator.

As in the real-world, drivers drive, and mechanics and the team worry about the minute details, and that’s what we wanted to aim for with Project CARS 3. In the end, it doesn’t matter what series it is—an amateur weekend or track-day or the top echelon of motorsport where 300 engineers with science degrees are pouring over reams of data—drivers are there to drive. And that’s really what we wanted to highlight with this new game. We wanted to bring a renewed focus on the driver and the racing. So now you don’t need to spend hours in a practice session working out the tyre life of a set of tyres for one car in one condition, and you don’t need to do the maths on how many litres of fuel you need to finish the race, and you won’t be punished for picking the wrong strategy and so on. Interestingly, and perhaps controversially for sim fans, it seems like Project CARS 3 has removed some pretty big parts of previous games.

…By removing tyre wear and fuel usage, we could in turn remove pitstops, which resulted in much closer and more consistent racing. Thus, the whole process of getting to the part that matters most—the actual racing and driving of these amazing cars and their upgrades—became a far easier and more streamlined affair. All these game design decisions have had great results in terms of the racing— with the tyres at their optimal range all the time and fuel at optimal load, there is no break in the action to stop for more fuel or new rubber. It’s pure racing action, and it’s just made Project CARS 3 into a much better racing-driver experience.

Though none of that means we’ve simplified the tyre model. It’s just all happening under the hood. Overall, this change has kept the focus on the racing and less on engineering tactics. It makes the racing fairer—it’s about what you do behind the wheel that counts—and as a driver it makes the experience a lot closer to what you’d get in the real world. All of this makes it sound like Project CARS 3 is aiming to be more like Forza Motorsport, with a greater focus on upgrades and the driver experience, and less about being the full-on simulation of the previous games. It’s an interesting new direction, but we will have to wait until the full game launches on PlayStation 4, Xbox One and PC on August 28th, to find out if it works or not.

In the meantime, the full Developer Blog is available to read here.

Project CARS 3 is heading in an exciting new direction