Project CARS 3 is heading in an exciting new direction 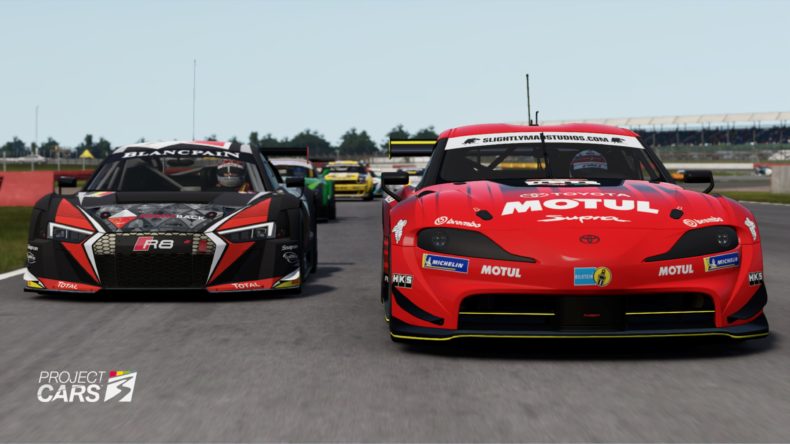 Let’s turn the clocks back to 2009. Back when EA took risks, it handed Slightly Mad Studios the keys to Need For Speed. The result was Need For Speed SHIFT, a part-arcade, part-sim racer that injected a little drama and excitement into a series that had been struggling to find its place in a post-Underground world. It had its issues, but it was great fun and its sequel, SHIFT 2 Unleashed, was even better.

When Slightly Mad Studios created its own racer, Project CARS, which released in 2015, I was immediately interested. This was a full simulation however, to the point that its controls weren’t entirely suited to a controller. This was somewhat improved for the 2017 sequel, which resulted in one of the best representations of real motorsport. Both games were impressive and beloved by the hardcore racing community, but I’m sure the developer would admit that they weren’t exactly brimming with style. The presentation was quite boring, truth be told.

Here we are now, in 2020, and Slightly Mad Studios finally lifted the lid on Project CARS 3, to a mixed response. Let’s get the elephant out of the way, shall we? There are no pit stops in this sequel, no proper tyre wear or fuel management, and that has annoyed the core audience. You know what, though? It has not stopped the third game from feeling as realistic to drive as its predecessors. Played without assists, Project CARS 3 feels as tough to drive as it has always been. In fact, I would say that assists genuinely change the way each car handles, way more than the previous games ever did. 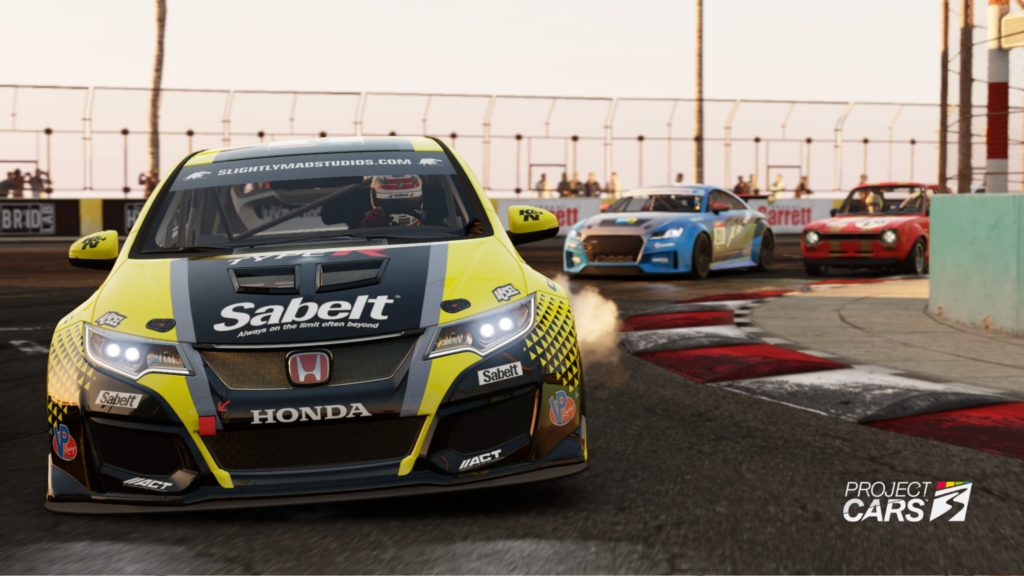 Which brings me nicely to the biggest improvement: controller handling. Even Project CARS 2, a fantastic racing sim, struggled with controllers. The handling was way too twitchy, requiring a feather-light touch and although it could be argued that it was realistic to have to fight your car at every turn, it wasn’t exactly fun. At least, not in the same way as Gran Turismo or the Forza games. Slightly Mad Studios really has taken that to heart, highlighting its commitment to controller players, right from the start. Honestly, the moment I reached the first corner in Project CARS 3, I was blown away by how smooth it was. There’s no twitchiness, no awkwardness. I tried cars from all classes, from my starting Honda Civic to the open-wheeled Formula B cars and even an Aston Martin Vantage GTE, and it always felt within my control. If I went off-track, it was usually my own fault, not a result of the handling.

To aid with this and the learning of tracks in general, Slightly Mad Studios has also implemented a bunch of driver aids to ensure that Project CARS 3 is the most accessible game yet in the series. From steering/braking assists, to traction control and stability control options, the usual options appear, but one that stands out is the new track guide. Instead of using the usual green-to-red line, there are now simple markers on corners. One tells you when/where to brake, one tells you where the corner’s apex is and the last tells you the best exit point and when to accelerate out of the bend. It’s very similar to the one seen in MotoGP 20 and it really does work. 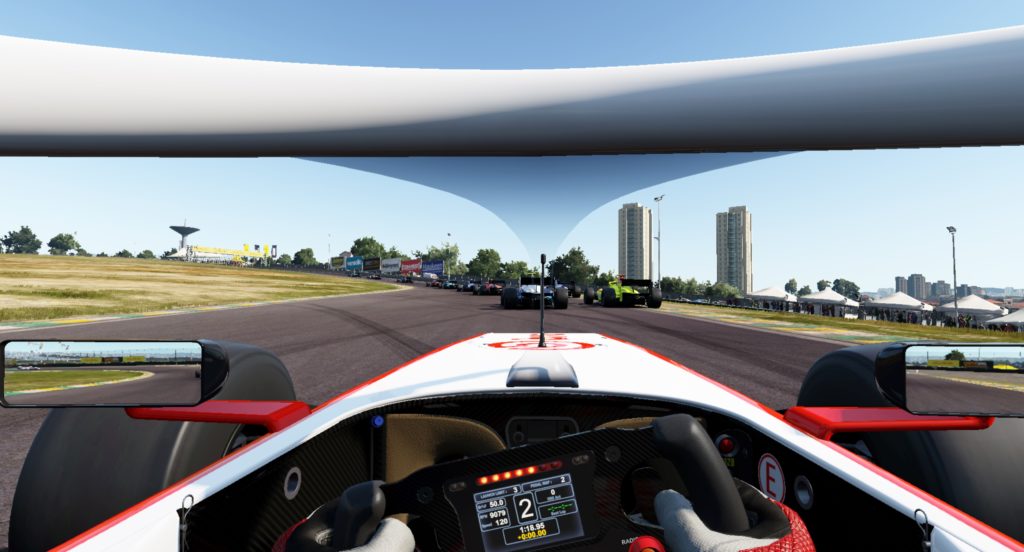 It comes in handy when you’re aiming to master corners on each circuit, something that was last seen in the developer’s Need For Speed games. Doing so will earn you extra XP, and mastering all corners will earn you a bonus. This helps to earn a little extra cash or to unlock bonuses for specific cars, which always affects the career mode, even if you’re playing in custom event mode.

Career seems to have changed an awful lot. As much as I loved the simplicity of choosing a starting class in Project CARS 2 and following its thread to the highest point, it didn’t exactly have a definitive objective, making the previous games a little directionless. Again, this has led Slightly Mad Studios back to Need For Speed SHIFT, as you start your career by buying a road motor, with the aim to compete in grassroots competitions, working your way all the way up to the likes of GT racing at the biggest circuits around the world. You can upgrade your starting vehicle to take it to the highest level you can, or buy new cars and make those more competitive.

Each event in the career has a few optional objectives, such as drafting an opponent for several seconds before overtaking them, which earns bonus XP and unlocks further events. Again, another little idea brought forward from the SHIFT days. All these things combine to create something very different from the existing Project CARS games, which will certainly turn off some of the hardcore sim fans, but just might appeal to a much wider audience.

It’s not without flaw, but that is to be expected in an unfinished build. The AI is way too aggressive, but in that frustrating way where it essentially drives into you on a corner, locking both cars together and forcing them off the track. This kind of thing simply should not happen in today’s racers, but work is still being done on the AI so hopefully this will be fixed for August’s launch.

It could also do with a bit more customisation in custom races and honestly, I’m still not sure why dynamic weather isn’t an option. You can only choose the starting weather and how it will change by the end of a race, it’s not a deal breaker but it’s still a little disappointing. The way weather looks and how it affects the handling is just as impressive as it ever was, more so really, which is certainly a good thing.

I went into Project CARS 3 with an open mind and it looks to be a love letter to the Need For Speed SHIFT games that propelled Slightly Mad Studios into the limelight, while maintaining the same level of handling realism as its newer series. It feels like an amalgamation of the two, seemingly bringing together the best of both worlds, and I am totally okay with that. It has the potential to be one of the surprises of the year, for me.