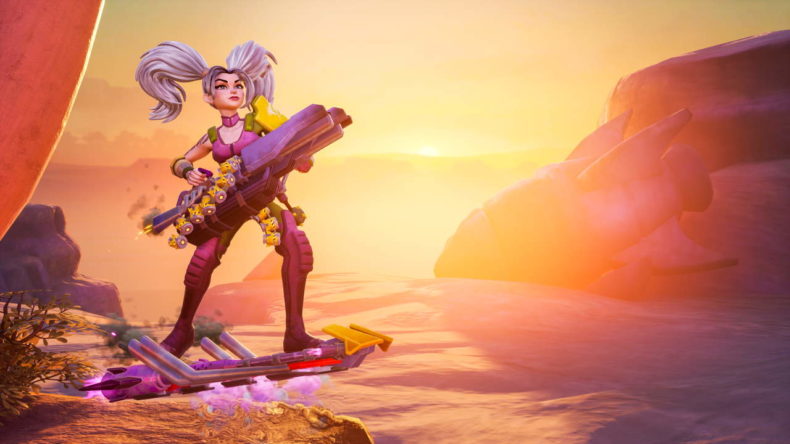 Final Strike Games along with EA have announced today that brand new hero shooter Rocket Arena is out now.

Rocket Arena is an “explosive” 3 versus 3 shooter where rockets control everything. It is available now with cross-play support on PlayStation 4, Xbox One and PC via Origin and Steam.

“Our game is a truly unique hero shooter that’s unlike anything players have experienced. At the surface, the fun and frantic combat is quick to grasp, but behind the curtain there is a robust, deep game that’s highly competitive, full of rockets, and challenging to master,” said Kevin Franklin, Co-Founder of Final Strike Games. “Our EA partnership has allowed our team to realise an un-compromised vision of Rocket Arena. With their support, we’ve crafted a deep multiplayer game, rich world and IP that we are incredibly proud of. We already have tons of free post-launch content in the works and can’t wait to share what else we have in store for all our players.”

You watch the cinematic launch trailer below:

Rocket Arena launches with ten playable heroes, which are fully available at launch. In addition there are 100 levels of progression, 10 maps, custom games, social and ranked playlists, plus 22 game play changing artefacts. Furthermore there promises to be daily and weekly challenges, a training and practice mode and cosmetic items which can be unlocked through in-game progression. Final Strike Games also promises a slew of post-launch content including a seasonal model that will add new characters, time limited events, new maps and modes, all free to players. To find out more you can visit the official site.

To celebrate the launch, the Twitch Rivals programme is hosting the Rocket Arena Crater Cup, where eight teams will compete in 3v3 matches for the chance to win $100k. The tournament begins today at 1p.m. PT. For those that tune in there is a chance to win a free copy of the game.

More information can be found at the official blog.

Likes to shoot stuff and wear pretty shoes. Is a BEAST at Titanfall.
MORE LIKE THIS
EAfinal strike gamesHero Shooterrocket arena