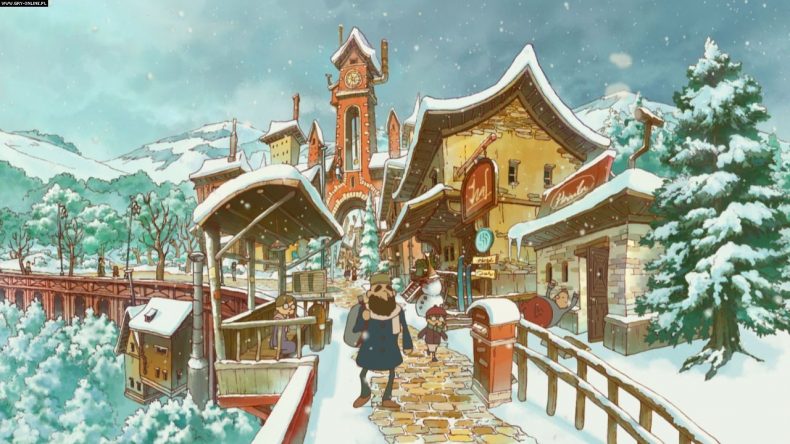 For puzzle fans, there are few series better to play than Professor Layton. The dapper gentleman and his young apprentice Luke first strode into the limelight on the original DS, and now the last game in the DS Trilogy is available for almost anyone to play on mobile.

“10 years after its original release on the Nintendo DS, Professor Layton and the Lost Future / Unwound Future is now on mobile devices with animation, cutscenes and puzzles all gorgeously rendered into eye-popping HD. The intuitive touch controls have also been optimised for smart devices to make solving puzzles more fun than ever.

To celebrate the release, early bird adopters can purchase the iOS/Android game at a discounted price until the 27th of July!
Fans can also enjoy the Professor Layton Trilogy Bundle pack on iOS, which has been discounted even further starting from today until the 27th of July! The pack consists of a specially-priced set of apps that includes the HD iOS versions of Curious Village, Pandora’s Box / Diabolical Box and Lost Future / Unwound Future. Note: If you already own one or more of these games on iOS, you can purchase the remainder of the bundle’s games at the difference in the reduced sale price!”

With Proffesor Layton and the Lost Future is out now on mobile, puzzle fans have no excuse not to play the charming games. The Lost Future was my favourite of the trilogy, but all 3 games are well worth playing and perfect for mobile gaming. Here’s hoping his adventure with Phoenix Wright is next for the smart phone upgrade.