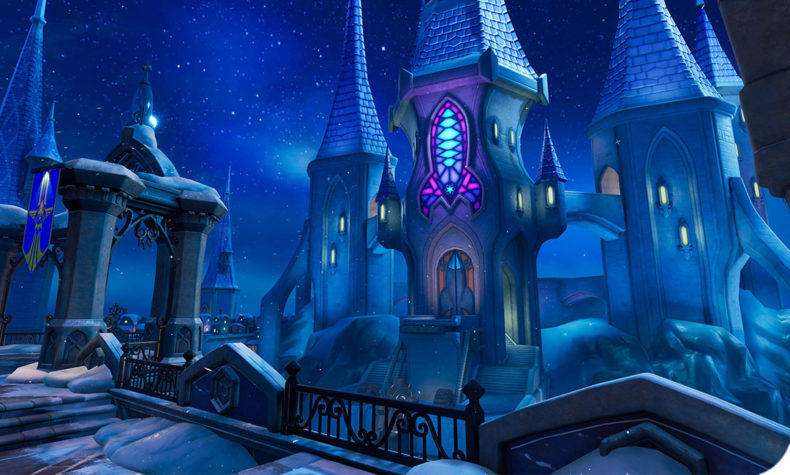 EA and Final Strike has announced the launch of Season 1 for Rocket Arena. The new season is available to players on PC, PS4 and Xbox One and comes with free content and updates. These include a new character, maps, events, challenges and more.

There is also a trailer featuring the cat-loving scientist which can be found at the bottom of this.

Flux is a child prodigy who loves cats. She is ranked at the top of her class at Propulsion Prep, Crater’s boarding school for geniuses.

The Blast in Paradise Event kicks off on August 12. There will be themed challenges, six new playlists, tropical cosmetics and unique earnable unlocks.

The two new maps will be a permanent addition. First is the Lagoon of Doom, home to bottomless waterfalls and an endless fog. The second map is the Grand Harbour, filled with wrecked pirate ships and hidden treasures.

There is another event appearing in September called The Runaway Megadon Event. This brings more themed challenges, new playlists and the new map Kayo Kanyon.

Everyone’s Pre-Season Rank will be reset at the beginning of the season. This is due to new variants of specific map and mode combinations.

The Blast Pass for Season One will have both paid and free tiers where you can earn customisation items and Rocket Fuel. In total there are 117 rewards which includes 33 unique outfits.

If chatting about the world of Crater is your thing then you might want to check out the Discord Channel. There will be concept art, lore, hidden rockets and more. There is also the chance to win a sneak peak at future content.

That’s not all as Pre-Season stats and new features are currently in development.