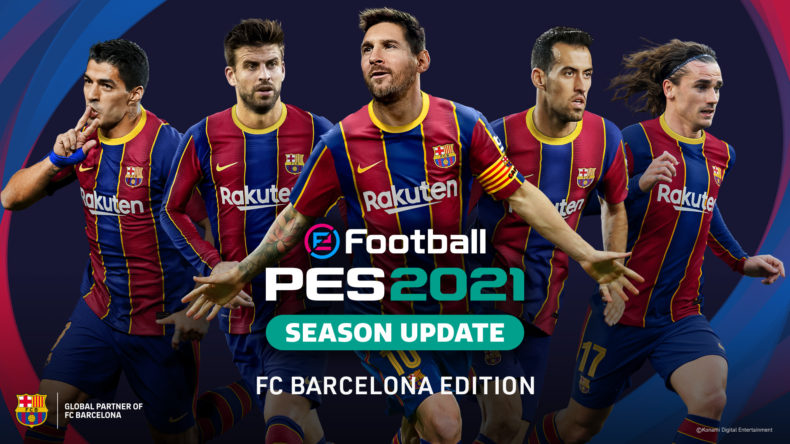 As the title says, a cover star, or stars, has been revealed for the eFootball PES 2021 Season Update. The now sixth time cover star Lionel Messi is joined by Christiano Ronaldo, Marcus Rashford and Alphonso Davis. No need to visulaise it as you can check it out below.

Ronaldo, Rashford and Davis are also confirmed as eFootball PES ambassadors. This means you should expect to see them a lot more in relation to future promotional activities. 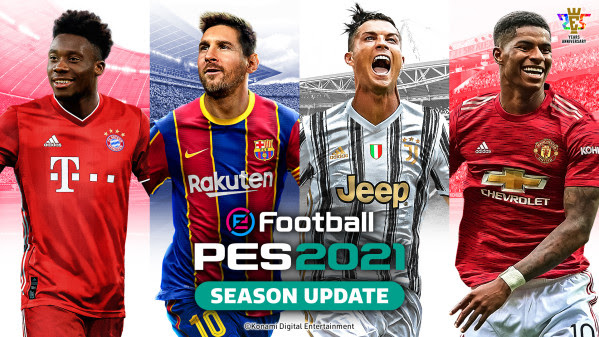 All four ambassadors also feature in the new Club Editions for eFootball PES 2021 Season Update. Each Club Edition will feature one Iconic Moment Series player, full myClub and more. If you own PES 2020 or PES 2020 LITE, you can pre-order a Club Edition and receive a 20% discount.

Jonas Lygaard, Senior Director Brand & Business Development at Konami Digital Entertainment B.V. commented: “I am incredibly proud of the cover that we’ve assembled for PES 2021. We made a big change last year with the presentation of four ambassadors and we were keen to raise the bar this year with a world first – Messi and Ronaldo together at last.”