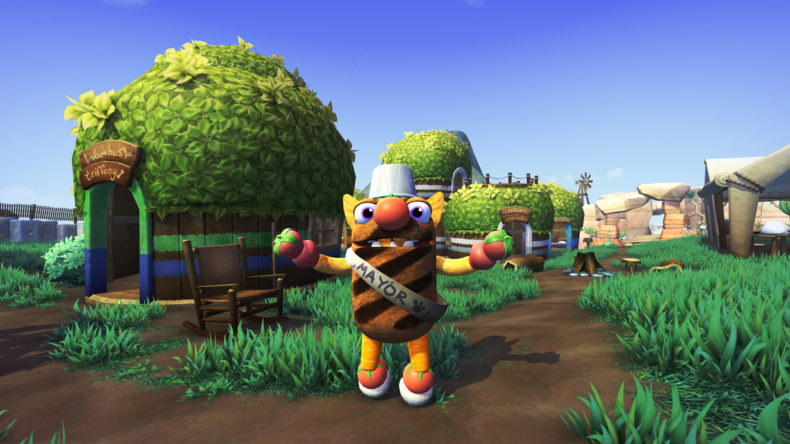 I think it’s fair to say that the pure joy of the Bugsnax reveal stole the show in June, so it’s only fitting that the First Bugsnax gameplay trailer would impress in last night’s State of Play. The future PS5 title from the creators of Octodad has definitely got our attention here.

“Since its reveal, the mysterious half-bug, half-snack creatures have captured the imagination of curious players around the world, but many have wondered, “What actually is Bugsnax?” Today’s trailer showcases what players can expect when they first arrive on Snaktooth Island, and a glimpse at the mysteries it holds.

Use traps and sauces to capture Bugsnax

On top of being tasty, each of the 100 different species of Bugsnax have their own behaviors and patterns. Use that journalistic know-how! Observe and take notes to discover which handy traps, tasty sauces, and witty strategies can get the job done.

Meet and help out Grumpuses

You’re not alone on Snaktooth Island! Fuzzy and eccentric pioneers known as Grumpuses have also followed Elizabert Megafig in search of Bugsnax. They have created the cozy settlement of Snaxburg, but all is not well in this tasty paradise. Solve their Bugsnax related problems and personal drama to make Snaxburg a thriving community!

Break the biggest story of your career

Bugsnax themselves are not the only mystery on this island. Elizabert Megafig has gone missing! Interview the Grumpuses of Snaxburg to connect the dots and find out what happened. Perhaps Snaktooth Island is more than it seems.”

Gathering snack food is something of a talent of mine, so I’m excited to see that Bugsnax has been designed with me in mind. I can’t wait to get trapping towards the end of this year, especially after seeing the first Bugsnax gameplay trailer last night.