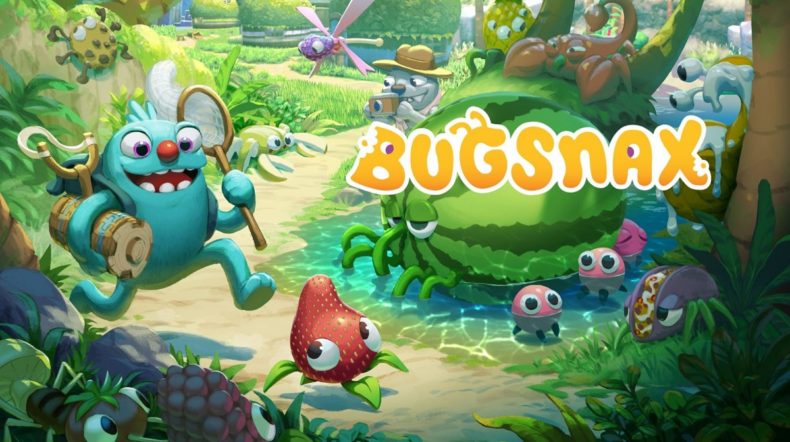 When the PS5 launched, I was incredibly jealous I wasn’t one of the cool kids who’d managed to grab a console. All my buddies were happily talking about how amazing Astro’s Playroom was, how spectacular Demon Souls looked, and how you couldn’t even tell that Miles Morales was loading when you fast travel. For me however there was one game I wanted to play, and that was Bugsnax. Since the catchy launch trailer I was so excited to catch a bunch of half-bug half-food friends, but when I eventually got a PS5 I barely had the time to play it on the big screen. Now though Bugsnax can be played on the go, thanks to an impressive Switch port.

After receiving a mysterious video from famed explorer Elizabert Megafig, our nameless journalist protagonist learns about an island full of snack monsters and smells a scoop. After a brief battle with their editor, they set off to Snaktooth island for a tropical adventure. When you arrive though it doesn’t take long to realise that something is amiss, and the ragtag group of Grumpus’ (weird muppet creatures that inhabit the world of Bugsnax) need your help to find the missing Lisbert. 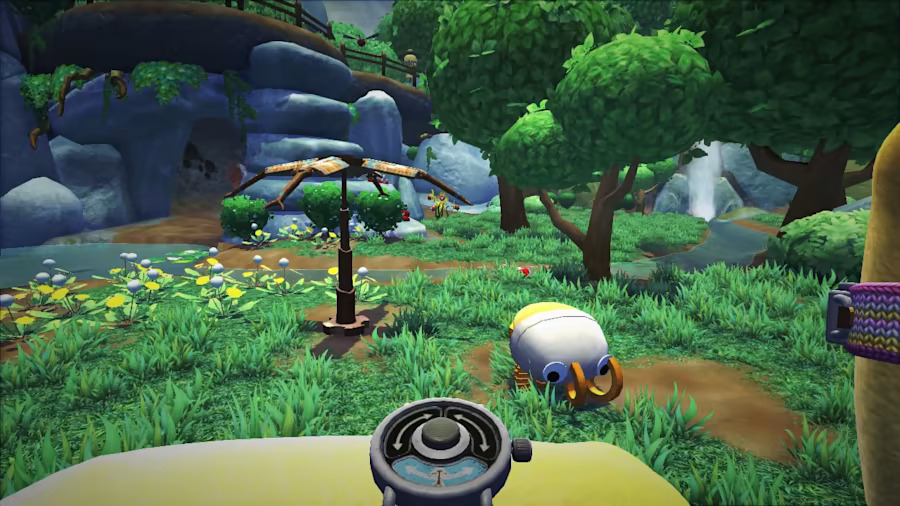 Without Lizbert the village of Snakburg has been all but deserted, and it’s up to you to gather up the muppets and get them to work together to find their missing friend. This generally involves convincing these colourful characters by way of feeding them Bugsnax, so with your variety of gadgets it’s time to play hunter.

Each Bugsnak behaves completely differently, and will need a different trap to capture it. An adorable little Strawby might be happy enough to wander into your Snak Trap, but an angry Big Bopsicle definitely won’t. It’s up to you to figure out the best way to make them vulnerable, be it tripping them up with a wire or luring them into some water to cool off.

The gadget you’ll probably end up using the most is the Sauce Slinger. This handy slingshot launches all sorts of handy condiments, which can be used to lure Bugsnax where you want them. By scanning a critter you can find out what it likes and dislikes, then use a trail of ketchup, cheese or chocolate to lure them into a trap. Maybe you want a Loaded Spuddy to batter a Preying Picantis so you can pick up the pieces after the scrap, or perhaps you just want to get a Fryder off the roof. Exploring each new environment and learning how to take advantage of it to catch some tasty treats is a ton of fun. 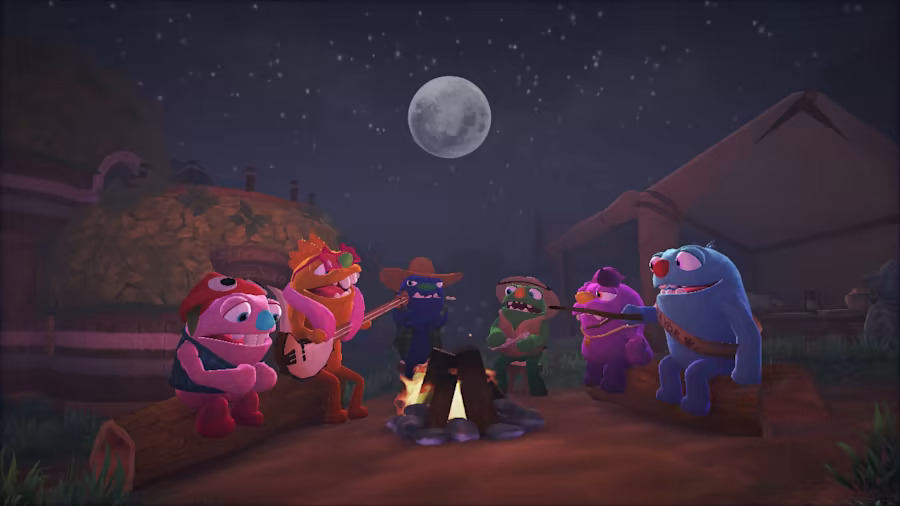 Although the adorable living snacks are the stars of Bugsnax, the Grumpus’ are also really charming. With a variety of wacky personalities, it’s always a delight to see what they’re up to back at camp. You’ll get to know all of them as you fulfil their every whim, and transform their bodies by feeding them. Oh did I not mention? When one of your pals eat a Bugsnak a part of their body (of your choosing) will transform into that snack food, and for some reason they think this is great. It’s as weird as it sounds, but from a narrative perspective things only get weirder from there.

If you played Bugsnax on PS5 though you’ll be fully aware of this colourful and bizarre world, and want to know how it manages to run on the Switch. Turns out the answer is “surprisingly well”, despite the inferior hardware. A few framedrops and some obvious pop in aside, Bugsnax runs incredibly smoothly in handheld and TV mode while still looking gorgeous. I personally really appreciated playing it as a portable title. It turns out ten free minutes is the perfect amount of time to catch a few wandering snacks.

The biggest thing you’ll lose by playing on Switch are due to the extra features of the DualSense controller. The haptics and adaptive triggers really were the star of the show on the PS5, and if you already played the game there you’ll miss their presence. The HD rumble puts in some work, but it just isn’t the same. 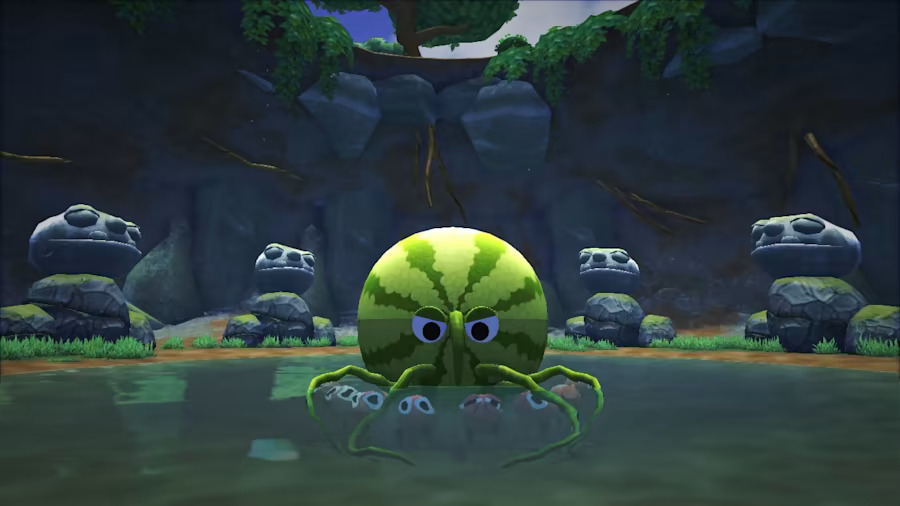 Also included in the Switch version of Bugsnax is the Isle of Bigsnax. Although I wasn’t hugely blown away by the extra area and critters that inhabit it, it’s definitely worth playing as you’re on your snack-fuelled adventure. We’ve reviewed that separately, but given that it’s free content and is included with the Switch version, that won’t sway your enjoyment of this version really.

Bugsnax is a unique and charming video game, and a fantastic addition to the Switch library. Although catching bugs is a little less magical without the power of the DualSense, the portability will make up for it for many. If catching living burgers while on your commute sounds like something you’d enjoy, then Bunga on down to the Switch store as soon as possible.

Bugsnax runs really well on Switch, but loses a little magic without the DualSense.