Mafia: Definitive Edition has visuals and audio production that enrapture you as you play | Hands-on preview 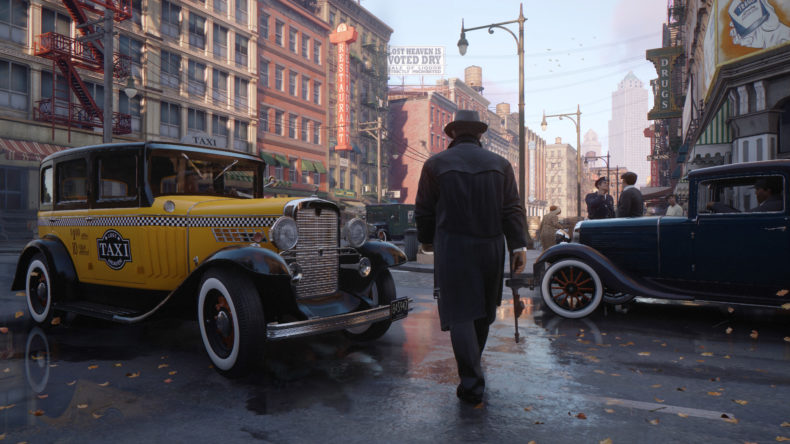 I couldn’t remember if I had played Mafia before. I knew I had played Mafia 2 and 3, but it’s a testament to the job developer Hangar 13 has done here that the visual overhaul was so good, I couldn’t shake the feeling that I’d been here before, but wasn’t sure I’d been here before. That is, until one of the tutorial tips told me I could set the speed limiter, and reminded me I should drive within the laws of the road, and then it was like a lightbulb was switched on for me.

What a special world Mafia takes place in. A fictional city based on Chicago, it feels alive although not as alive as modern open world games do, but intentionally so. This is a world where, sure, there are cars on the road, but not hundreds of them all the time. It’s a world that feels like a place frozen in the past. Drinking is illegal, the police are on the payroll of a rival gang. It’s the 30s, and the Salieri family is in its infancy, as a chance meeting with Mobsters Paulie and Sam pulls you, as Tommy, into the family life, slowly getting deeper, and gaining more trust.

And this is all framed as what has happened in the past, because right now (in the present) you’re speaking with an Irish Gumshoe who’s trying to get information on the Salieri family – the whole game is a flashback, and it’s dripping with atmosphere. 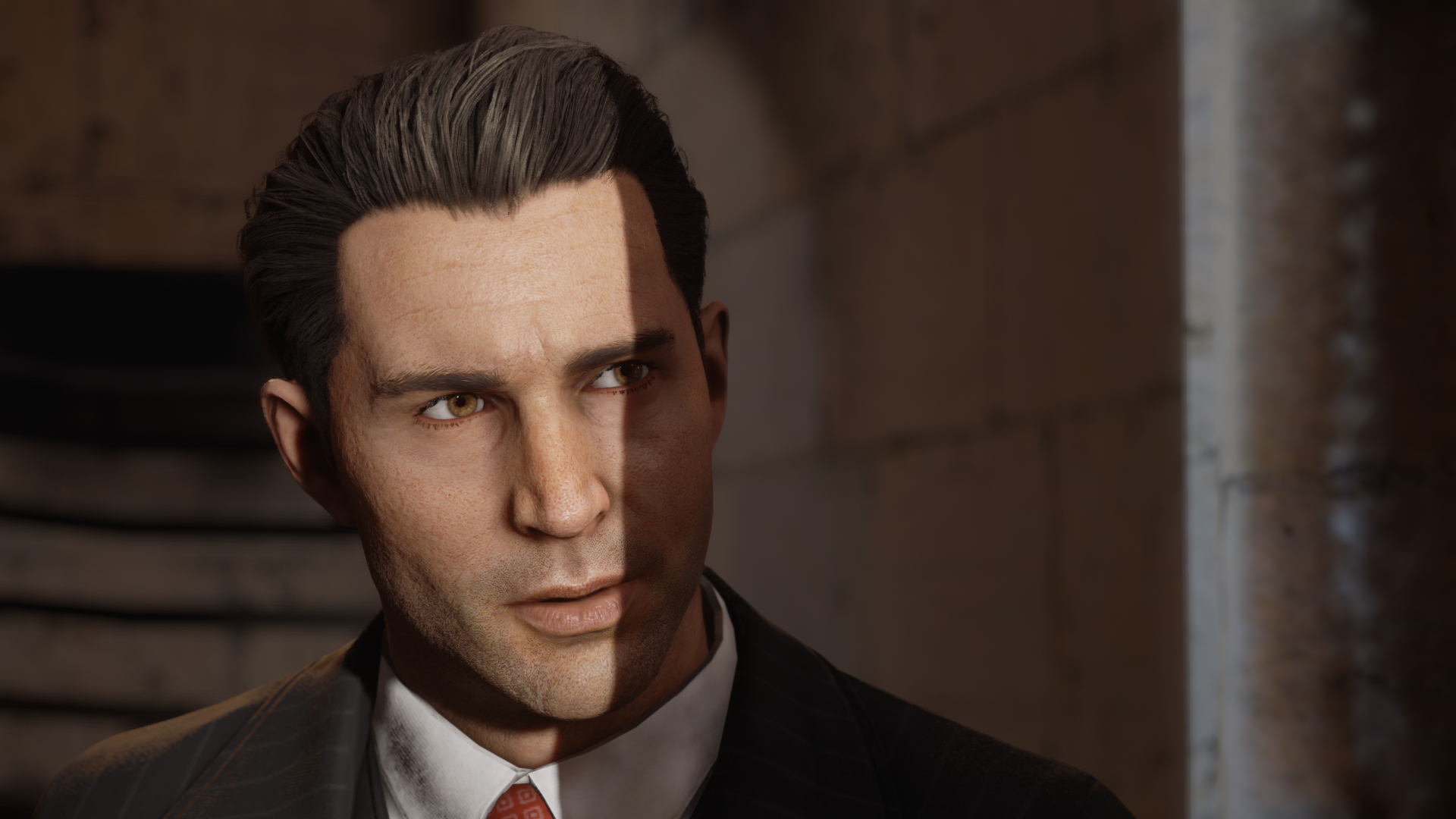 In fact, the cut-scenes are some of my favourites in recent times. The slow build of Don Salieri’s character really is superb. At first you feel safe with him, he seems a noble, honest man, trying to do right by people as long as you don’t betray his trust. But… this is Mafia, and you are running collections, rackets, and ruining people, disguising it as protection. The darkness that slowly envelopes the characters as you get in deeper is well done, and keeps you on your toes.

This isn’t a remake that will make you forget how gorgeous games like Red Dead Redemption 2 look, but Mafia: Definitive Edition is all about style and atmosphere. Many of the early missions are done in daylight, but it helps to set the scene in the city of Lost Haven. The districts have been improved upon to feel more distinct, and impressively, more memorable. Chinatown feels like… well, Chinatown. In an early mission you spend your time collecting protection payments, and an Italian woman castigates you for taking the protection money from her son who runs a delicatessen, and you feel bad, but you’re just doing your job, ma’am. It feels reverential to the source material, but it does improve it, no question. 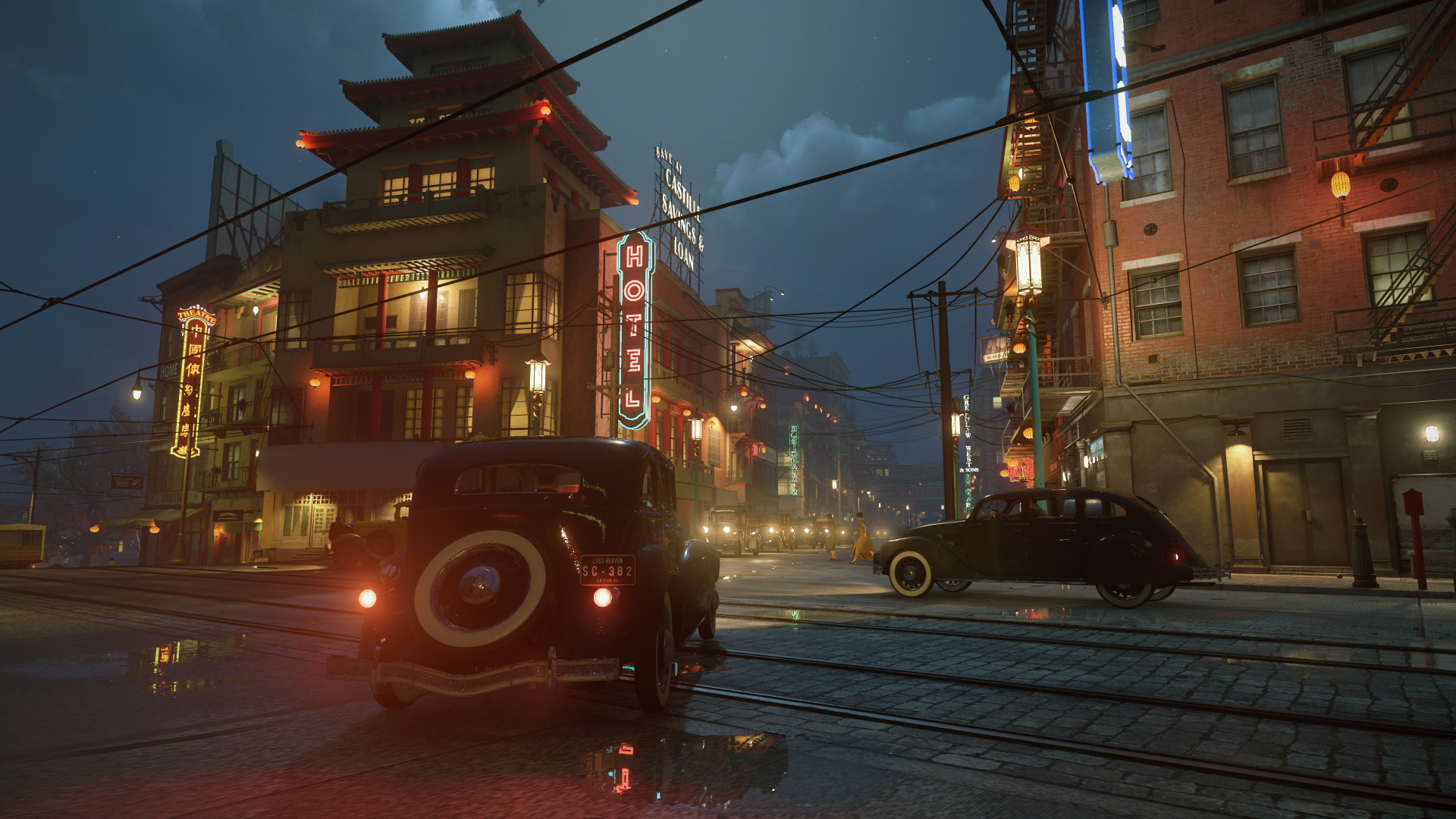 The voice acting also helps make things feel authentic, too. Paulie and Sam are fantastic, but Tommy’s assured character knows his place when Don Salieri is in the room. The respect is clear thanks to some excellent performances, and mixed with the overall 30s-style it really does suck you in and pull you along.

The same can’t be said of the open-wheeled racing, mind you. It’s still frustrating as it was back in that original game. An early race took three frustrating attempts, and there’s no rewinding, or checkpointing: it’s a simple case of “don’t come first and you fail”, and the combination of serious rubber-banding on the AI racers, along with the fact these vehicles are (accurately) not designed to go fast round tracks, makes for the only mission I didn’t really enjoy. On top of that, while you’re not penalised for impact crashes on other racers, the open-wheeled nature means you can get caught up on each other while the rest of the pack that were a speck in your mirrors race past you, and frankly, if that happens on lap 2 or 3, it’s race over: you may as well restart.

When all is said and done, mind you, it’s an open world GTA-style game. I hate to be reductive, but it’s the story that stands out here, and the performances of the voice actors. Mafia doesn’t have the soundtrack of the more recent Mafia III, but it looks and sounds the business. Combat is engaging, and the option to sneak around with a baseball bat and take people down in fairly brutal fashion is entertaining enough, but there’s also something peculiarly fun about obeying the law when out and about. Rather than caning around this world at 80mph it’s rather fun to take in the sights and sounds with a limiter on the car you’re driving. That said, the newly added motorbikes are a lot of fun to take for a spin, and a worthy addition to the game overall.

Obviously there are a few issues with this preview build, but the game isn’t finished yet, either. But there really is something about a stripped back “one of these” game that focuses on delivering an intriguing story that pulls you deep into the narrative. It’s strange to think how few games there are around the subject material, and I can only think of The Darkness as another high-budget series that went near it, but Mafia: Definitive Edition has gone from one I’d be looking at from afar, to one I feel I need to make time for. It won’t set the world on fire, but it’s not supposed to, I feel. This is a full remake of a game that changes the story of the original for the better, with visuals and audio production that enrapture you as you play. I can’t wait to see what other changes Hangar 13 has made to Mafia.

Editor-in-Chief here at GodisaGeek, I organise almost every bit of content as well as running our weekly Podcast, and being the lead producer on our YouTube Channel. That means I'm very busy and sometimes grumpy. Yay!
MORE LIKE THIS
2kHangar 13Mafia: Definitive Edition