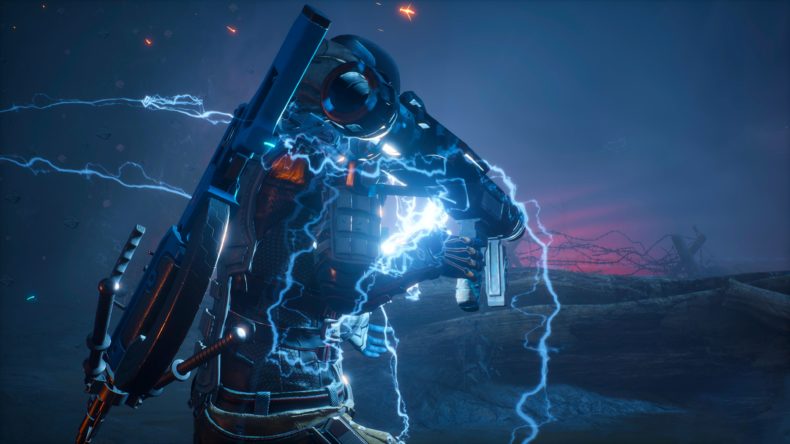 Square Enix has today unveiled the Technomancer as the final class for Outriders, the upcoming RPG-shooter from People Can Fly. The Technomancer joins the Devastator and the Pyromancer classes that have previously been revealed. This final class was showcased during the latest Outriders broadcast, dubbed “Broadcast #3”

You can watch the full 26-minute broadcast below to see the full announcement and reveal in action:

Outriders has you playing alone or teaming with up to two other players to create deadly partnerships. You then journey across the dangerous and hostile planet of Enoch. Bartek Kmita, Creative Director at People Can Fly had this to say regarding the new class and the co-op experience within Outriders:

The Techomancer is an exciting and flexible class that can be built as anything from crowd control focused support, to a high-powered artillery heavy damage dealer. Therefore, they’re a great addition to any team of Outriders.

Co-op in Outriders is an intense and challenging experience that allows for a great variety of team synergies and power combinations. Players will need to truly master their team tactics in order to take on the toughest challenges in the game.

In addition to the Broadcast video, there’s also another new gameplay video. This demonstrates more of how Outriders’ co-op will work. It also includes the brand-new Outriders Technomancer class. Check out this gameplay video below:

Outriders will release on PlayStation 5, PlayStation 4, Xbox Series X,  Xbox One, and PC in Holiday 2020.