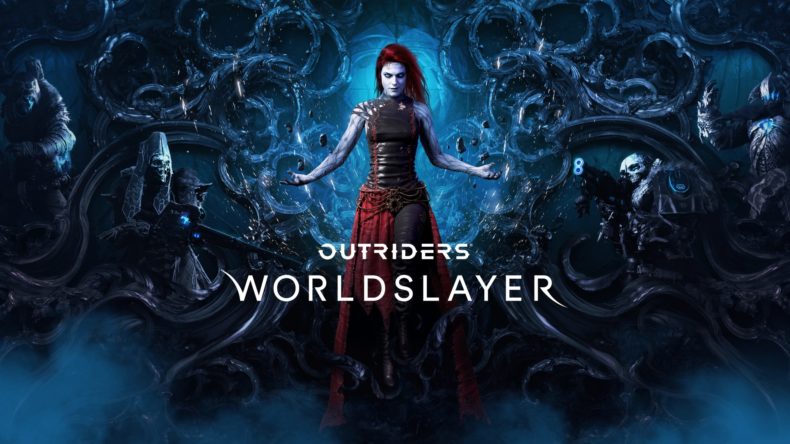 Back in November 2021, we were invited to play an early version of Outriders’ first major update, New Horizon. Its launch reinvigorated People Can Fly’s bombastic sci-fi shooter with a handful of impressive new features and improvements, but we were assured it was only the beginning. More was coming, they said, and so we came away satisfied but eagerly awaiting the next slice of Outriders content. And now, with the advent of Outriders: Worldslayer, it’s coming.

We were invited once again to take part in an early gameplay session of the new expansion, and this time, People Can Fly mean business.

Right off the bat, the familiar Outriders experience felt bigger and louder in the short preview we played through. Facing off against a huge beast, we got at just what kind of threats we’ll be going up against. Launching in at Apocalypse Tier 3, we were immediately pasted into the floor and had to reduce the difficulty to even stand a chance. 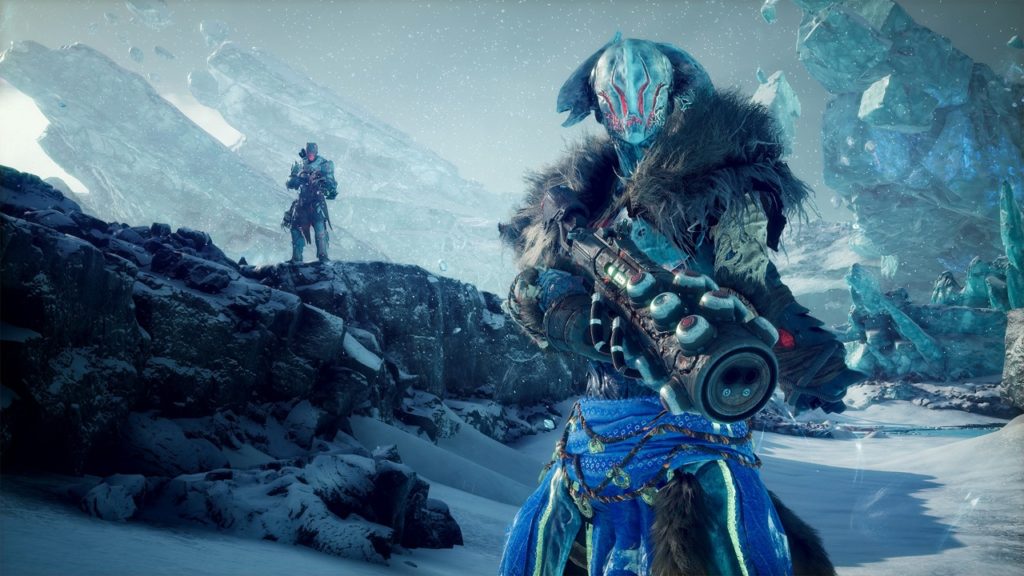 There’s a sense here that People Can Fly are not just attempting to extend the life of their game, but make it massively inviting to new and returning players alike. The combat feels as brutal and weighty as ever, but the introduction of a host of new features that extend deep into the endgame mean there’s more reason to keep coming back than ever before.

Worldslayer is a huge expansion that does more than just improve quality of life. It includes a new story campaign, a higher Gear cap of 75, a new difficulty mode, tons of new items to loot, an improved endgame and ways to continually progress your character beyond the established level cap.

A new villain will emerge in the form of Ereshkigal, a powerful, deadly Altered who threatens humanity’s already tenuous existence on Enoch. The campaign will not only explore this compelling new threat, but also delve deeper into the world of Enoch, its backstory and history. It will even go beyond humanity’s arrival, to shed light on this mysterious, lethal paradise. 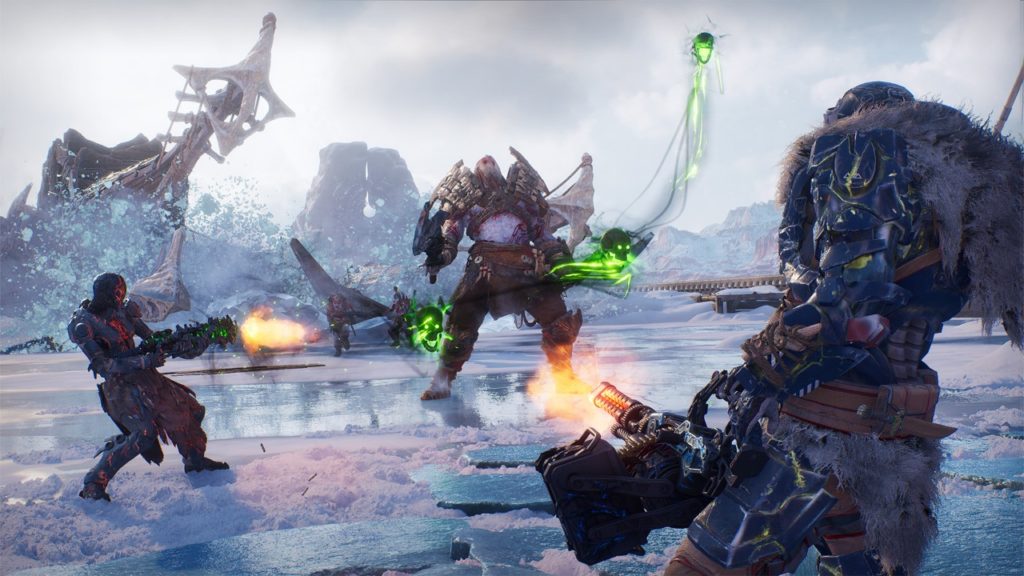 Ereshkigal herself is interesting, not only because of what she can do, but because she’s the first real, direct antagonist Outriders has had. She has a clear purpose – which still hasn’t been revealed – and new powers that are unlike anything we’ve seen in Altered humans up to now. As evidenced in the few cutscenes we saw, your player character has grown more comfortable with their own abilities. We can expect sparks to fly when the two finally meet.

As well as introducing new armour, weapons and items, players can also progress their characters beyond the level cap by way of the “PAX tree”. This is a separate skill tree that unlocks at level 30 and essentially allows the creation of subclass specialisations. Alongside this, the Ascension System will allow players to continue to grow and improve their character stats beyond the level cap.

There are four character aspects, Brutality, Prowess, Endurance, and Anomaly, which can be developed in 5 different ways using Ascension Points – up to level 200 – to increase armour, damage, HP or critical attack rates, amongst other things. This will be especially useful during the Apocalypse Tiers, new difficulty tiers that take over from World Tier 15 and go all the way up to Tier 40. 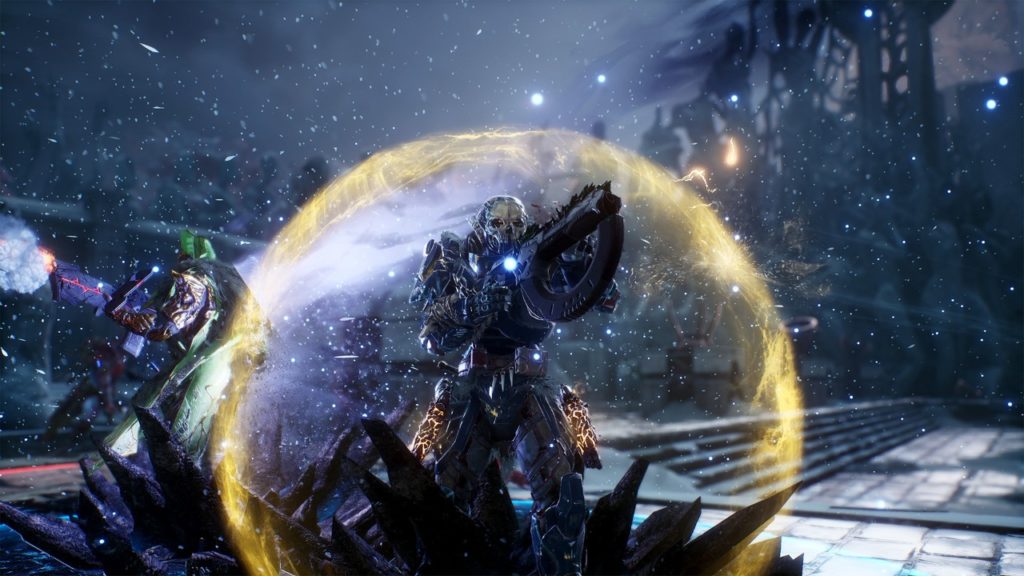 Based on the small amount we played, Outriders: Worldslayer is set to revolutionise People Can Fly’s looter-shooter. The inclusion of so many changes, not just to quality of life but to the endgame and loot economy, mark it as a turning point in the game’s lifespan. It is a paid expansion, though, and will ba available either in a bundle with the base game or as a separate upgrade for existing players.

While we haven’t seen anything of the new endgame mode yet, we’re assured that we’ll receive news before the launch of Outriders Worldslayer on June 22nd 2022.

Senior Content Editor Mick has been playing games for over 30 years and writing about them for around 12. After drifting from site to site for a while, settling briefly at the now-defunct Made2Game and freelancing for the gone-but-not-forgotten NintendoGamer Magazine, he came at last to rest at Godisageek. Mick has been a reviewer, staff writer and content editor here for some time, while also moonlighting a little for Red Bull Games. He has 4 kids, has written 2 novels, and sometimes even manages to pay a bill or two. You'll usually find him defending the galaxy in Destiny 2, battling evil in Diablo 3, or lurking in the background on Twitter. Find him there @Jedi_Beats_Tank, or on XBL (JediWaster247), PSN (Jedi_Waster) or Nintendo (JediWaster).
MORE LIKE THIS
OutridersOutriders worldslayerpeople can flysquare enix