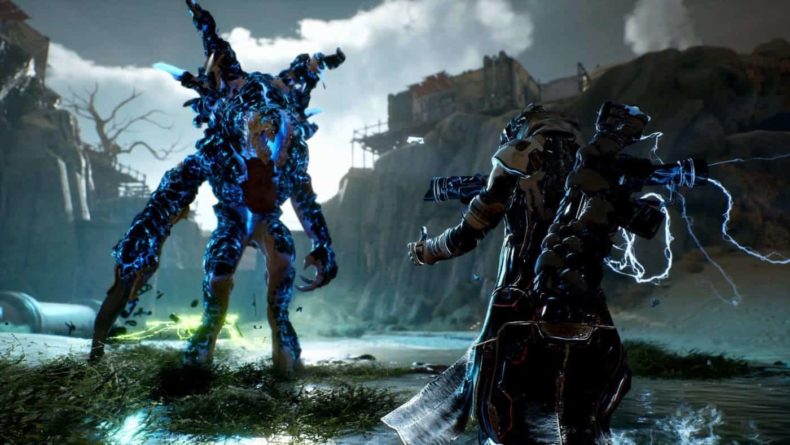 Square Enix had a video to share during Summer Game Fest – a new co-op trailer for Outriders Worldslayer. This new DLC is coming on June 30th, and will be available for all you co-op fans looking for more content. Our own Mick Fraser was a big fan of Outriders and it’s loot focused gameplay at release, and this new content will hopefully bring plenty of players back.

Facing the challenges of Enoch in co-op takes the intense action to the next level. Drop-in and drop-out at any time and experience the new environments, new enemies and new features of OUTRIDERS WORLDSLAYER in single player or in co-op with your friends.

The OUTRIDERS ‘Endgame’ Broadcast will air on Friday June 10th, at 11:45amPDT / 7:45pm BST / 8:45pm CEST. Watch it at www.twitch.tv/squareenix Players can look forward to full details on the WORLDSLAYER endgame and long-term progression systems, and gameplay footage that gives a closer look at just some of the powerful enemies and twisted and beautiful guns and gear featured in OUTRIDERS WORLDSLAYER.”