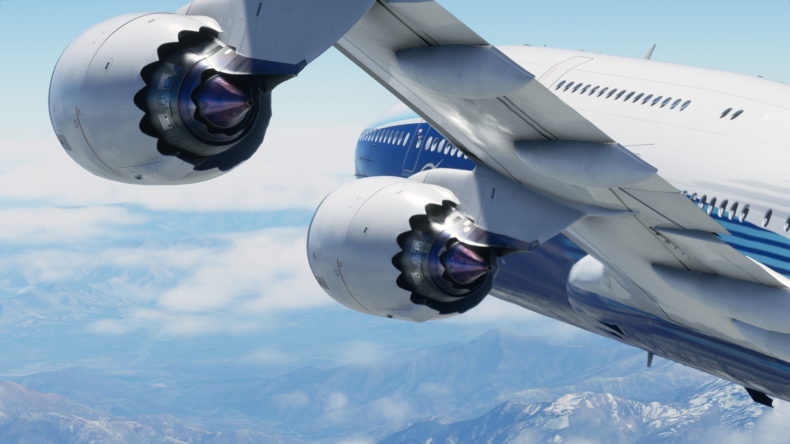 Here’s a statement I thought I’d never write: this podcast contains discussions about Microsoft Flight Simulator and nobody is making fun of that. Mick Fraser has reviewed it, but at the time of recording this episode, he and Adam Cook had just started playing it, really. As well as that, Mick has also been hard at work Soulsing it up with Mortal Shell which, to be fair, he’s pretty enamored with.

Chris Hyde has been getting down down, deeper and down with A Total War Saga: Troy, because he’s a self professed nerd, but he’s also had a week of being cool because he’s playing hot-as-they-come indie rogue-like, Rogue Legacy 2. Gary has been (shock! horror!) playing a racing game, but this one is called Pacer and it’s more like Wipeout than Gran Turismo.

Lots of questions revolving around the fact Halo Infinite is now coming out in 2021, and what that means for Xbox Series X, but we also get a chance to talk about PlayStation Now, thanks to another lovely bit of listener correspondence. What is the fate of Monster Hunter World: Iceborne for the pod-crew… you can only find out by listening to this episode, which is handy since you’re on the very URL to do exactly that.

We’re on Spotify, too, so you can even listen there!

While we have you, you can hear this podcast early on Patreon for as little as $1 a month. That’s less than £1. Yep, around a tenner a year for early access as well as multiple other bonuses depending on the tier you back us at!

Is there a particular game you want us to talk about, by the way? You can email us at podcast@godisageek.com or Tweet us via @GodisaGeek. Just drop us a line, even if it’s about food, or just how much you love us, your favourite gaming podcast.

Editor-in-Chief here at GodisaGeek, I organise almost every bit of content as well as running our weekly Podcast, and being the lead producer on our YouTube Channel. That means I'm very busy and sometimes grumpy. Yay!
MORE LIKE THIS
Microsoft Flight SimulatorPacerPodcastrogue legacy 2