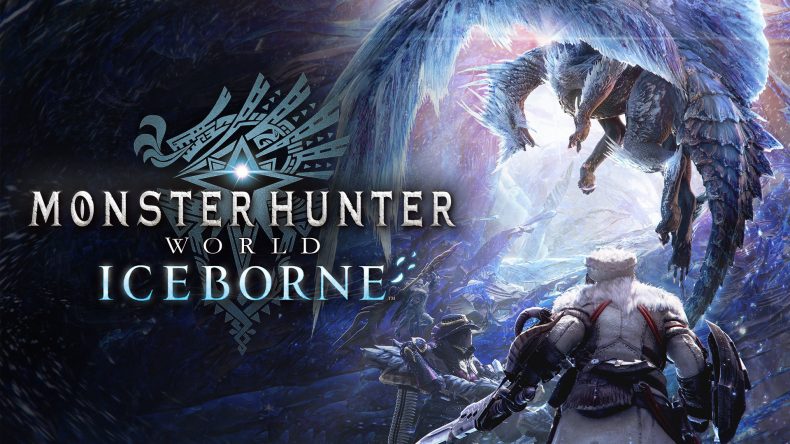 I need a new review scale just for Monster Hunter World: Iceborne. I gave it a 10/10 on PS4, and made it my personal Game of the Year for 2019, despite it not technically being a new release. The problem I have now is that Iceborne on PC is the definitive version of the game, and I can’t go higher than 10.

Some background first. Console gamers got hold of this expansion on September 6th, though reviewers and streamers did have it earlier. I had played 55 hours of the expansion before the release, and I have played a further 400 since. It’s an exceptional expansion to an exceptional game. That PC gamers had to wait, and will continue to have to wait for the content updates and new monsters that consoles have had since, is a bone of obvious and understandable contention for some, but honestly, stop chewing on that gnarly old meat and rejoice, because the expansion is finally here and it was absolutely, unequivocally worth the wait.

I’m going to assume for the bulk of this review that you’re more or less ready for the expansion, the criteria being that you’ve beaten the base game and reached Hunter Rank 16. At this point you can accept a quest to go investigate a Legiana sighting in the Ancient Forest, which will fairly swiftly see you travelling to the new Arctic biome, the Hoarfrost Reach. While you may well be chomping at the bit, there are a few things I’d suggest doing first.

Ideally, I’d reach Hunter Rank 50 and unlock all the Mantles and Tools, and I’d certainly max out your current armour and weapon (particularly the latter, as you’ll begin to switch out your armour much sooner). Iceborne’s monsters will quickly make your current set feel utterly useless, but push through the first few encounters and you’ll soon be crafting gear with much, much higher stats. If you want to jump straight in at HR16, you can, but if you do, or if you’re starting the game for the first time, I’d suggest visiting the Smithy and crafting the very simple to make Defender gear. A caveat though: the Defender gear makes the base game a cake walk, and you really won’t experience Monster Hunter World the other ay you’re supposed to. You’ll miss out on materials, for a start, as you won’t be grinding monsters for gear as much, but you’ll also miss valuable lessons in how to survive and triumph in certain encounters. You can brute force your way through with the Defender set, but I’d strongly advise against it.

Iceborne introduces more than 25 new monsters, some returning, some variants, and some brand new, many of which you may have seen in console videos but which I won’t spoil here just in case you’ve exercised incredible restraint and stayed away. But while the majority of these monsters will test even seasoned players, they’re not the only new addition. Perhaps the biggest change to the playstyle overall is the Clutch Claw. Its hard to fully explain why, but having played with the Claw since September I genuinely can’t remember life without it.

You can now fire a short line from your slinger that allows you to grapple onto the monster. Provided you have stamina in your bar and you don’t get roared off, you now have a couple of options. You can either attack to initiate a wounding barrage that weakens that area of the monster, or if you have ammo in your slinger you can swing to the monster’s head and fire a flinch shot, effectively steering it towards the nearest wall, upon which you unload your slinger into its face and cause it to slam into the wall and topple over. Along with the new weapon mechanics (every weapon gets something new, such as the Insect Glaive’s new ground slam or the Charge Blade’s “Savage Axe” mode), you can use the slinger without sheathing, although you’ll need an extra button press if you’re wielding a ranged weapon. There are new decorations, too, which occupy Level 4 slots in Master Rank armour. Your go-to builds will completely change, and it takes a while before you’ll see monsters that allow you to craft armour with the really useful skills, but it’s worth the grind.

There are so many quality of life improvements in the Iceborne expansion that it’s hard to list them all, but there’s also the new customisable room, the new town of Seliana and a Gathering Hub that you’ll actually use and has things to occupy you between hunts and ease of access to everything you need. There’s the Steamworks, where you can play an oddly relaxing little mini game for shit loads of useful rewards, and an endgame that, since its improvements, has massively affected extended the lifespan of the console versions. Again, I don’t want to go into it as there are some who want to discover this stuff for themselves but I can’t stress enough how much Iceborne brings to the experience.

Performance has also been tweaked on PC, and running it on an RTX 2060 Super, even with the High Res Texture Pack (an additional 40gb download), it runs at 60fps while looking incredible. I will admit that my system makes a little more noise when the texture pack is activated, but the difference it makes when used with the new View Mode (yes, that’s a photo mode) is impressive.

Ultimately, you’re not waiting for my opinion, or anyone’s, before deciding if you want this expansion. If you love Monster Hunter World, you’re going to get Iceborne no matter what anyone tells you, but just know that if you do take the plunge, you won’t regret it. There’s so much new content here, with more already on the way (console users have already seen the addition of two new monsters and a bevy of layered armours and new events) that it feels like a sequel, and the ultimate package is good for hundreds of hours of play.

Capcom have smashed it out of the reservation with Iceborne, and in lieu of a review scale to do it justice, I’m just going to say that it’s absolutely, utterly essential.

Can stutter on the higher settings on some systems

The Iceborne expansion has finally come to Monster Hunter World for PC gamers, bringing a huge roster of new beasties to best and a ton of quality of life improvements. Was it worth the wait? You bet your bottom zenny it was.