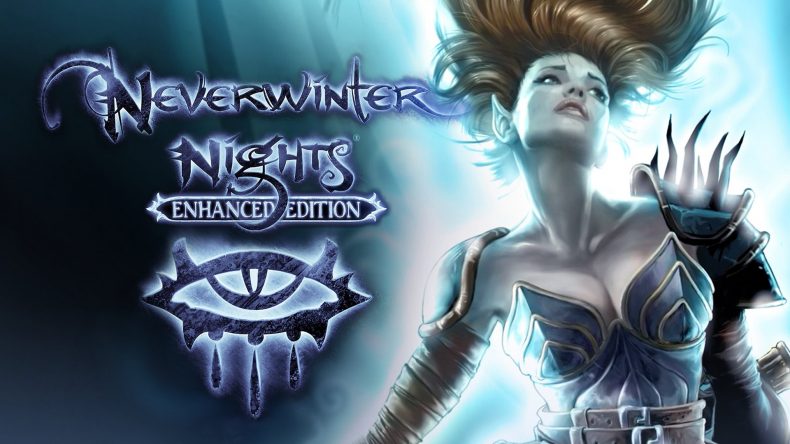 Switch Re:port covers the Nintendo Switch port/version of a game newly released on the platform. Neverwinter Nights: Enhanced Edition debuted on PC in 2018 before it was ported to Android soon after and it released simultaneously on PS4, Xbox One, and Nintendo Switch in December 2019.

In terms of content, this package includes Neverwinter Nights (base game), the Shadows of Undrentide expansion, the Hordes of the Underdark expansion and ten premium modules (content packs). The packs are Contest of Champions, The Dark Ranger’s Treasure, The Winds of Eremor, To Heir is Human, Kingmaker, Pirates of the Sword Coast, Shadowguard, Witch’s Wake, Wyvern Crown of Cormyr, and Darkness Over Daggerford. On Switch, these are included in a free DLC pack that also has support for other languages. The base game with the two expansions is on cartridge or the initial download at 5.3GB while the premium modules and languages add 4.4GB through DLC. If you’re considering going the physical route on this one, keep that in mind. If you want to play online, the Switch port supports cross platform multiplayer with the PC, Xbox One, and mobile versions of Neverwinter Nights: Enhanced Edition. This port with premium modules and the base game with expansions includes more than I expected the console version to have but the asking price (nearly full price) is still quite high for what is on offer. There doesn’t seem to have been anything done specifically for the Switch version when it comes to interface, with no touchscreen support at all. If you can tolerate constant hitches and performance issues, you will find a lot to enjoy here, but that is a big caveat. Transitioning a game like this to a controller is not an easy task and after an hour or so, I got used to the controls here. The game doesn’t do a good job of explaining things to you so I’d recommend spending time on your own experimenting with the controls and the use of radial menus and the shoulder buttons.

Visually, Neverwinter Nights looks pretty good considering its age. It obviously is less pleasing on the big screen but I have no complaints about the visuals in handheld mode. There are two font options with the high resolution font looking pretty bad. In fact, the text in the menus before you load into or start a new game looks bad. Performance is where things are really bad. Whether I played in docked or handheld, there is constant hitching. The performance never feels good for more than a few seconds. I did notice it is much better in open areas than in closed spaces. This isn’t even an issue of the frame rate not being 60fps but constant hitching and stuttering while moving and panning the camera. The indoor performance almost gave me motion sickness. Overall, this is the weakest of the three ports from Beamdog for Nintendo Switch by far. While I still prefer the touchscreen controls of Planescape Torment and the Baldur’s Gate releases, the console versions are very good and worth getting. Neverwinter Nights: Enhanced Edition on the other hand, needs a lot of work in its current state on Nintendo Switch. I don’t think I’ve played a port with performance this inconsistent in over a year. You’re better off holding out for updates or buying this on PC right now because the Switch version packs a lot of great content but the performance is bad. If you’re new to the older D&D classics, this is the worst place to start for sure. If you are looking for a PC RPG experience on the Switch, Divinity: Original Sin 2 – Definitive Edition is a much better option.

Neverwinter Nights: Enhanced Edition on Nintendo Switch suffers too many technical hiccups to be worth getting in its current state despite being chock full of loads of content.