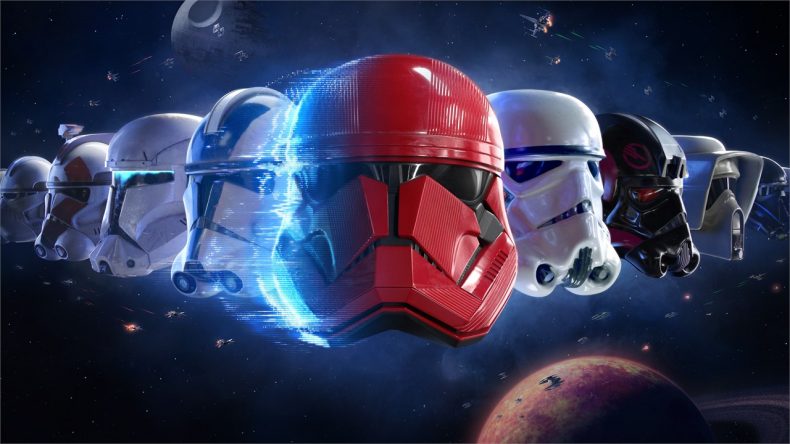 There’s no denying that when Star Wars Battlefront II was originally released back in 2017, the overall reception for the game was largely negative due to EA’s stance on its Loot Box system. It became a huge bone of contention among fans and media alike, but many brushed over just how much fun the game was to play. Since then, EA has worked incredibly hard to rebuild how new content is unlocked, how players are rewarded for spending time playing, and how they can continue to bring the expansive world of Star Wars to their huge FPS multiplayer title.

I fell off Star Wars Battlefront II pretty quickly. Not because it was a bad game, but because I felt it lacked substantial content, and I wasn’t particularly fond of its leveling system. Now, two years later, I’ve put serious hours into it and can honestly say this is one of the finest shooters out there. I’m a huge Star Wars fan, and there’s plenty to love about all of the eras, even the prequel episodes. Thanks to shows like The Clone Wars, and the various novels and comics that cover the likes of Count Dooku and Darth Maul in more detail, that era of Star Wars history is pretty fantastic. Capital Supremacy is an exciting mode that really encapsulates the gravitas of The Clone Wars. Fighting on planets like Geonosis or Kamino, trying to capture various posts until your team gain 100% allows you to reach the enemy ship and trying to complete objectives in a close quarter environment can last for a while, and you get completely swept away. It’s easier to collect Battle Points now, and once you’ve got enough you can become one of the game’s Heroes or Reinforcements, or control a vehicle to try and get the upper hand. Whether Separatist or Republic, there’s a satisfaction to aiding the battle as General Grievous or Anakin Skywalker.

Leveling up your preferred trooper feels so much easier than before. The four different classes all offer a unique approach in combat, but I’ve become enamored with the Heavy. The more Battle Points you unlock; the faster your rank will go up, and with each new level you’ll unlock a new Skill Point. These can in turn unlock new abilities and equipment, and if you reach certain Milestones such as killing 200 enemies as a Heavy or earning so many Battle Points with a specific class, you can unlock Mods for your weapons. This works for every Hero, Reinforcement, and vehicle, so it allows you to focus on exactly how you like to play. The Rise of Skywalker released last month, and EA added new content to Star Wars Battlefront II to support the addition of it into the Star Wars Universe. New outfits for Finn, Rey, and Kylo Ren are now available, as well as the new jungle planet of Ajan Kloss has been added to Heroes vs Villains and Co-op. I’ve spent a lot of time in the co-op mode, and Ajan Kloss is an excellent map that stages your team’s victory progression well. Wiping out hordes of enemies whilst trying to capture points on the map is a real challenge, then making the final push to the map’s last point is an all-out war.

The new Sith Trooper looks sleek in shiny red armour, but the Jet Trooper is fundamentally a re-skin of the Rocket Trooper. As for the Resistance, the Ovation Gunner can provide significant firepower with their rail gun, and the Caphex Spy can launch an Orbital Strike that’ll take out a lot of enemies if you get it right. It’s not the biggest update, but if the Ajan Kloss map gets added to the bigger multiplayer maps, The Rise of Skywalker content could prove to be an excellent addition to the game.

Star Wars Battlefront II: Celebration Edition adds all previous content including tons of skins, emotes, and dialogue, as well as all maps, Heroes, Reinforcements, and vehicles released thus far, making it a wonderful playground for fans of the Star Wars saga. Whether you prefer Kylon Ren and the first Order, enjoy dabbling in the world of Anakin Skywalker and his battle with the Separatists, or like it old school with Luke, Leia, and Han Solo, it has everything you could ever want. There are even skins from Solo: A Star Wars Story which was a pleasant surprise, especially as it didn’t perform as well at the Box Office as the episodic movies.

It’s ridiculous how authentic Star Wars Battlefront II: Celebration Edition is, from the stunning visuals to the impeccable sound design. Planets like Crait from The Last Jedi capture the essence of it’s crystallized red dusty ground, whilst Kashyyyk’s grassy battlefield or the Starkiller base are wonderful to explore. Every single map is incredible, and when you hear the roar of a blaster or the the swift swing of a lightsaber, the hairs on the back of your neck stand up tall. There’s also tons of John William’s score from the movies included, so when you hear those famous themes it becomes even better. Some of the voice acting remains a little hammy, but for the most part it works really well, especially with the likes of Chewie, Yoda, and General Grievous.

Star Wars Battlefront II: Celebration Edition gives every Star Wars fan the opportunity to live out their fantasies in a well constructed shooter throughout various game modes and locations. Intense battles bring the excitement, and crafting your style of gameplay as you level up specific classes makes you feel like an absolute boss, especially when you get an impressive kill streak whilst wiping out enemies with your Sentry Gun. If you’re wondering whether or not to step back into Star Wars Battlefront II, the Celebration Edition is a fantastic place to start.