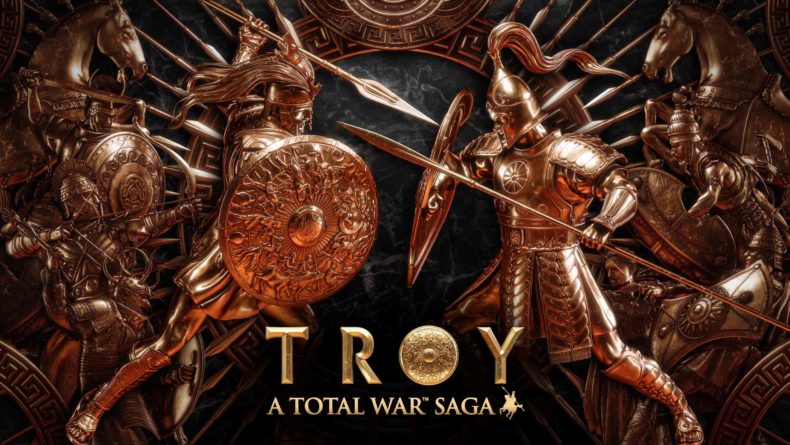 Throughout the Total War franchise, many conflicts have been faithfully recreated with the series’ familiar brand of strategy and bloodshed. But few conflicts are as infamous as the mythical Trojan War, the focus of Creative Assembly’s latest installment, A Total War Saga: Troy. Not only does this take us back further in history than we’ve ever been in a Total War title, but it’s also clear there’s a willingness to do things a little bit differently too. Whilst the realistic strategy that Total War prides itself on is still present, there’s more than a flourish of the mythical and the fantastical, akin to the Ancient Greek legends from the time, and frankly Troy is all the better for it.

First off, there are plenty of mechanics and workings in this game that series veterans will lap up and feel instantly familiar with it. You move your heroes around the overworld map – Ancient Greece – and engage in battle with individuals or cities should you wish to conquer them. You can only complete a certain number of tasks before ending your turn, and every other warring faction on the map then has their turn. Your time is spent keeping your citizens happy, your settlements flourishing and your armies alive as you expand your influence, reputation, and empire.

Fans will feel right at home, but newcomers can expect a gentle point of entry too. You set the level of support you require at the start of each Campaign, tailoring your experience. The Total War Help overlay makes a welcome return should you have a query on what each part of the puzzle is for. A simple press of F1 will bring up the overlay and allow you to hover over any section for useful tips. And there’s also your Advisor who will guide you through various facets of play too. 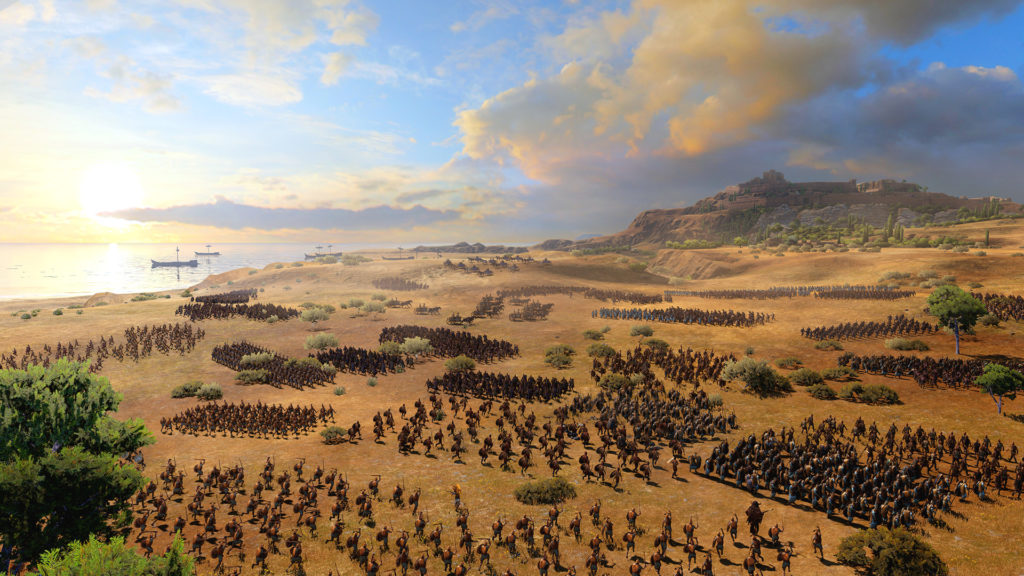 The support is well-executed, and that’s important, because despite having plenty of the hallmarks of a Total War title, A Total War Saga: Troy also has a lot of new ideas too. The first one that becomes apparent from the outset is that Troy integrates a Multiple Resource Economy. You’ll still have to manage food, mainly to feed your people and recruit basic units to your armies. But wood and stone are used as well to construct buildings in your settlements, and clay and gold to recruit the most advanced military units, and build premium buildings. All provinces have a centre, with several surrounding settlements, each geared to one resource, making them a critical consideration when choosing where to invade to top up your coffers.

The battles feel different as well, as they are almost entirely infantry-focussed, given the rarity of mounts at the time the Trojan War is postulated to have taken place. Infantry are therefore ranked by weight, and their usage in battle changes based on this. So for example heavier units move slower, but are stronger, and can take a frontal assault easier than light counterparts. New terrain of Long Grass, Mud and Sand impact movement speed and visibility, which again forces you to reconsider where your advantages lie. In practice, the battles do feel slightly flatter than previous titles because of the lack of diversity. Differentiating units mid-battle now also requires more concentration. However, dedicated players will appreciate the need to constantly flex to maintain the advantage, and will reap the rewards for doing so against stronger opponents.

Ancient Greece has always been famous for its legends and myths, not least Homer’s Iliad, which dictates the events and characters of this game. These characters aren’t just flesh and blood but also the divine, and Creative Assembly have embraced this part of its source material too. You can pray to numerous Greek gods, to earn their favor, as well as build temples and conduct sacrifices in their honour. If you build up enough favor, you can earn specific boons for your armies that can turn the tide of battle. 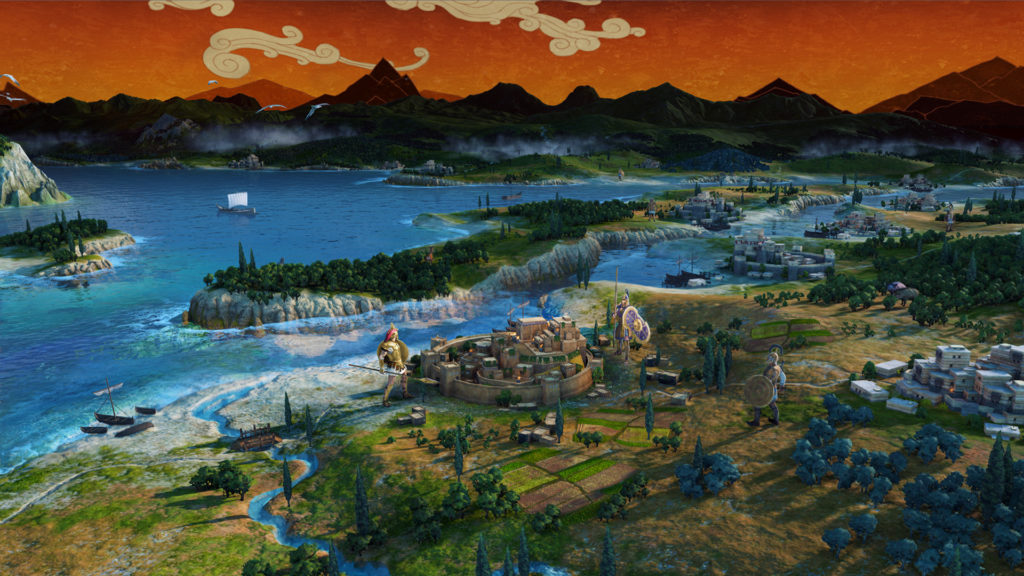 As well as this, you can also recruit some mythical units such as the legendary Minotaur. But rather than being the Minotaur of legend, instead, these are warrior versions of these myths, and so in this case, you recruit a hulking great warrior with a bull skull helmet, blurring the line of fantasy and reality, but certainly avoiding absurdity. You have other recruitment options outside of battle too with Agents. These could be priestesses to help with your divine favor, or spies to cause chaos in the enemy ranks. There are also mythic versions of these too in the form of a Satyr or the infamous Gorgon.

So there’s lots to consider, juggle and understand, but it manages to work, even if the campaign can be slow to start because of all the mechanics getting up to speed. But by bringing enough new ideas, A Total War Saga: Troy feels like it has its own identity and isn’t just retreading old ground in a different conflict. It feels connected too, all the new ideas feel purposeful and fitting to the Ancient Greek setting and that helps create a cohesive whole. There’s an oozing sense of style to things as well. Everything feels, well, Greek, from the gloriously bright depiction of the Mediterranean on the map right down to the black and orange hues that adorn the backdrop of the world and menus, in that iconic Greek pottery style. It clearly has an identity that it never shies away from.

And identity has been something that more recent Total War games have embraced. Total War: Three Kingdoms made me care about the individuals, and the nuanced politics of diplomacy and the internal courts. Troy still has that to a degree, but if anything I care more about the main characters here, because they’re all so interesting, and established. Now, Homer’s Iliad gives a decent source material, but even the accompanying Unique Mechanics each hero has, make them play differently and feel more disparate in their playstyles. I feel passion for Achilles, Hector, Paris, or even Agamemnon, and it makes facing them off against each other all the more intriguing. There are fewer characters than in previous titles, but this really does feel like a case of quality over quantity. 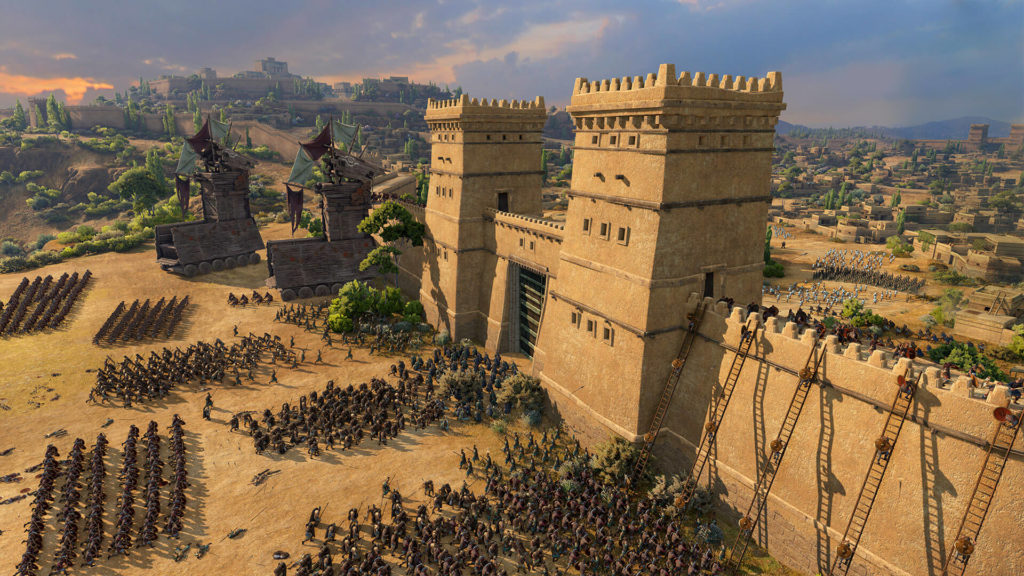 A Total War Saga: Troy feels like a glorious contradiction. It’s trying to be a realistic, strategic battler, but at the same time isn’t afraid to embrace the mythical and the divine. It has a more focussed, shorter timespan than other Total War titles but this is more than offset by its new ideas and varied mechanics. And fundamentally, this is about a traditional Total War game that often feels of that franchise, but also feels a little bit different, a bit rogue, unafraid to challenge the status quo.

And for the most part, it works really well, managing to excite and entertain whilst maintaining the lofty expectations of the franchise. The battles can occasionally feel flatter than before, and all the mechanics can mean campaigns take longer to establish themselves before all things truly come into play well together. But they provide so many different options for the intrepid ruler, that you’ll find a way to succeed. And you’ll enjoy yourself doing it because of the attention to detail in how Troy has been created, and how the new mechanics feel so purposeful and right at home. Yes, it’s a little bit different, but that’s not a bad thing, Creative Assembly has done a great job with this much-loved franchise

A Total War Saga: Troy is a slightly different Total War game. It's commitment to the period, and all that entails is a lot of fun and well worth a look.