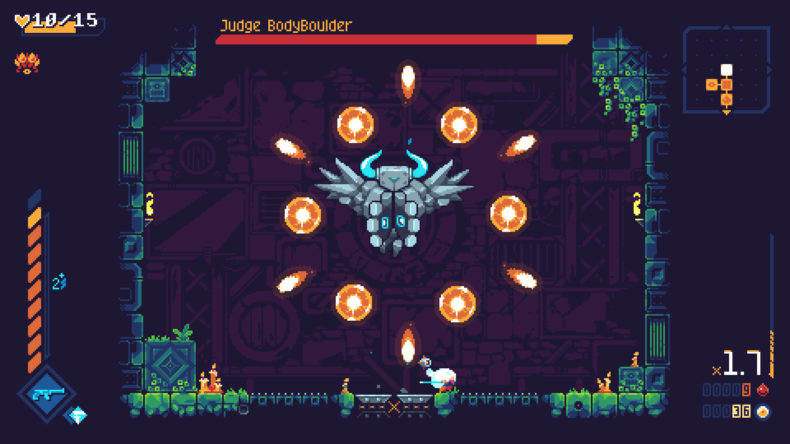 French developer Flying Oak Games and publishers Dear Villagers (Recomplile) have announced that Scourgebringer, which has been in Steam Early Access will be launching next month on consoles as well as a full PC release.

Scourgebringer hit Early Access on Steam early in the year back in February. It has also been available via the Game Preview programme for Game Pass PC.

Billed as a mixture of Dead Cells and Celeste, Scourgebringer has hit the Steam top 20 bestsellers chart. It is a rogue-platformer, with fluid controls, aerial combat, pixel graphics and a punchy soundtrack. The story follows hero Kyhra who is sent away to uncover the secrets of an Eldritch monolith that is threatening to destroy the world.

Kyrha comes equipped with a combat drone, and she must shoot and slash her way through the infinite depths of an ever changing dungeon. There is no backtracking, instead the game’s structure follows a procedural combination of pre-built challenge rooms, not unlike the Binding of Isaac.

The game is open development and features an in-game feedback system gathering player’s feedback. The development team also provides regular peaks behind the curtain with regular development updates via its Twitter account.

Scourgebringer will release on 21 October, 2020 and will launch on PC, Xbox One and Nintendo Switch.

Likes to shoot stuff and wear pretty shoes. Is a BEAST at Titanfall.
MORE LIKE THIS
Dear VillagersFlying Oak GamesScourgebringer