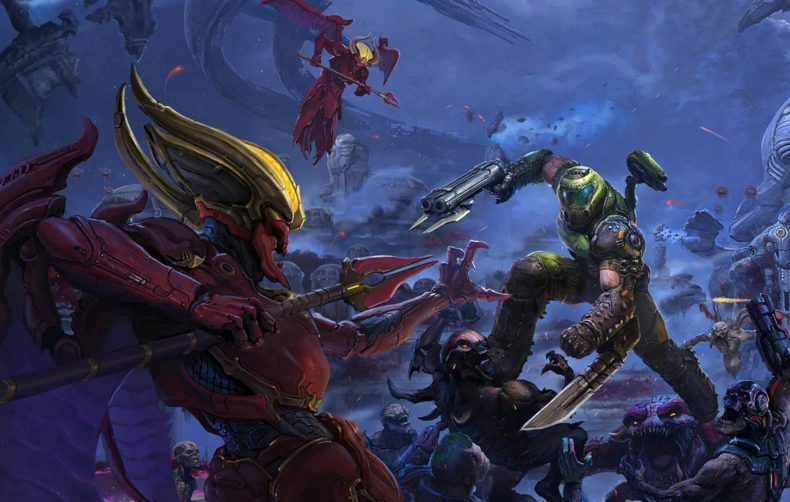 During Gamescom Opening Night Live the details of the next chapter of DOOM Eternal were revealed. The Ancient Gods, Part One will be the brand-new single-player expansion for the the latest entry in the DOOM franchise.

The Ancient Gods, Part One is the first of a two-part story expansion for DOOM Eternal. Players will once again take up the role of the DOOM Slayer to confront an ancient evil awoken from the imbalance in the heavens.

The Year One Pass is still available for £24.99 and includes access to both DLC 1 and 2 when it is released. The Ancient Gods, Part One is also available as a standalone purchase for £15.99.

For owners of DOOM Eternal who will be upgrading to the Xbox Series X or PlayStation 5, they will get a free upgrade to the next-gen version when it becomes available. id Software is also working hard to ensure that DOOM Eternal will support backwards compatibility when the new consoles launch.

DOOM Eternal: The Ancient Gods, Part One will release on 20 October, 2020.

Likes to shoot stuff and wear pretty shoes. Is a BEAST at Titanfall.
MORE LIKE THIS
bethesdadoom eternalid Software