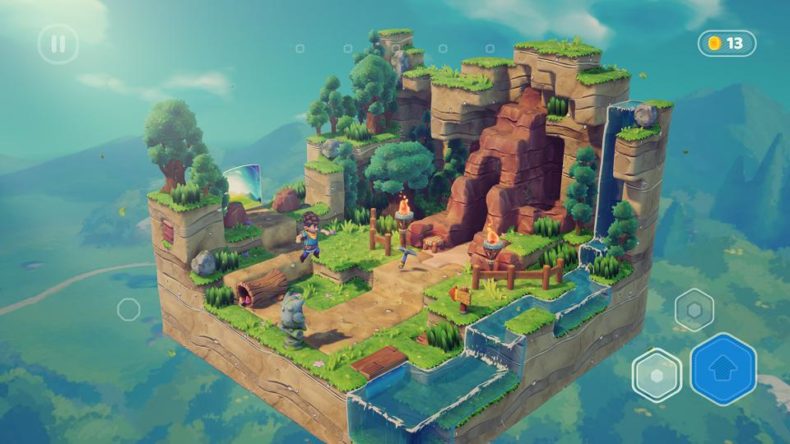 The library of games on Apple Arcade is continuing to grow and today award-winning Brazilian developer, Aquiris Games Studio has announced that Wonderbox will be launching soon on the platform.

In Wonderbox players will set off on an action-adventure journey that will introduce them to an ever-expanding platform for players to make and share their own adventures with friends and family. Players will traverse beautiful screen-sized dioramas of individually crafted spaces. Their path will be full of challenges, enemies, puzzles and platforms. Each box is different, in some they will need coins to buy a sword to beat a goblin that has a key to open the door to their escape. In others there might be treasure hidden under a tree. The challenges, like the boxes, are limitless.

Wonderbox will feature a Creative Mode, where players have all the tools they need to build their own adventures. Each tool comes with its own set of behaviours and will allow players to easily create game content using the same tools that the developers have.

Looking at screenshots of the game it bears a striking resemblance to the likes of Portal Knights with elements of Minecraft building.

There is no official release date as yet for Wonderbox on Apple Arcade, but it is expected to be available within the next few weeks.

Likes to shoot stuff and wear pretty shoes. Is a BEAST at Titanfall.
MORE LIKE THIS
Apple ArcadeMinecraftportal knights