previous
DIRT 5 Takes to the Desert in New Gameplay Video
random
next
All FIFA 21 Clubs, Leagues and Stadiums Revealed
0 comments 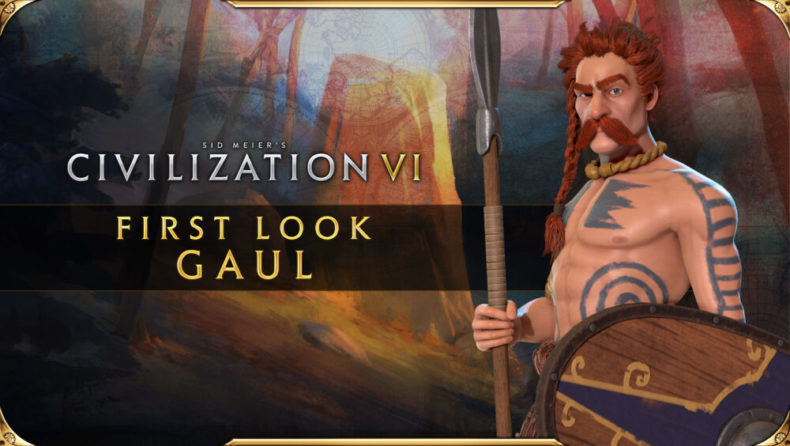 Today, 2K has revealed a first look at Amiorix of Gaul.

Gaul’s “Hallstatt Culture” ability allows Mines to provide a minor adjacency bonus for all districts, Culture Bomb unowned territory and grant additional Cultire. Ambiorix’s special unique ability is the “King of Eburones” with which he gains additional Culture based on unit cost when a non-civilian is trained.

Melee, anti-cavalry, and ranged units receive bonus Combat Strength for every adjacent combat unit. The Gaesatae unique unit replaces the Warrior; it is more expensive to train but receives additional Combat Strength when fighting stronger units and district defences. His unique district is the Oppidum, which is cheaper and available earlier than the Industrial Zone and unlocks the Apprenticeship technology when constructed. It is defensible, offering its own ranged attack, and receives a major adjacency bonus from Quarries and strategic resources.

Content for Civilization VI is being delivered on a bimonthly basis until March 2021. This third piece of DLC for Civilization VI, the Byzantium and Gaul Pack is launching tomorrow – 24 September, on Xbox One, PS4, Nintendo Switch, and PC.

The Byzantium and Gaul pack is available for individual purchase, or for those that own The Civilization VI – New Frontier Pass for no additional cost.

Likes to shoot stuff and wear pretty shoes. Is a BEAST at Titanfall.
MORE LIKE THIS
2kCivilization Vfirst look