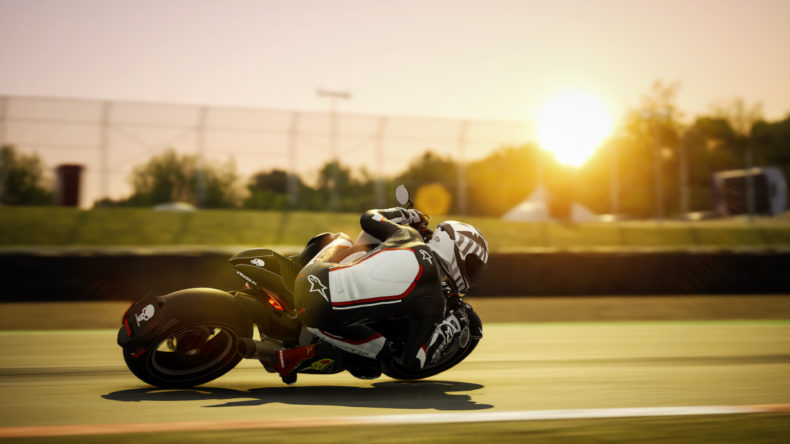 Two-wheeled motorsport has really found its way into my heart, over the last few years. I find myself enjoying British Superbikes and MotoGP on sports channels, which has led to me playing more motorbike games too. Turns out that almost all of them have been made by Milestone, a developer that has been constantly improving over the last two or three years, and nothing proved that more than MotoGP 20 earlier this year.

Alongside that licensed marvel, Milestone has been developing the latest in its own motorbike series: RIDE 4. This series has seemingly been aiming to recreate a Gran Turismo experience, only on two wheels. While the previous game was impressive, it still fell short of its target, but it’s looking like this newest addition to the series might finally be closing in on fulfilling those lofty ambitions. 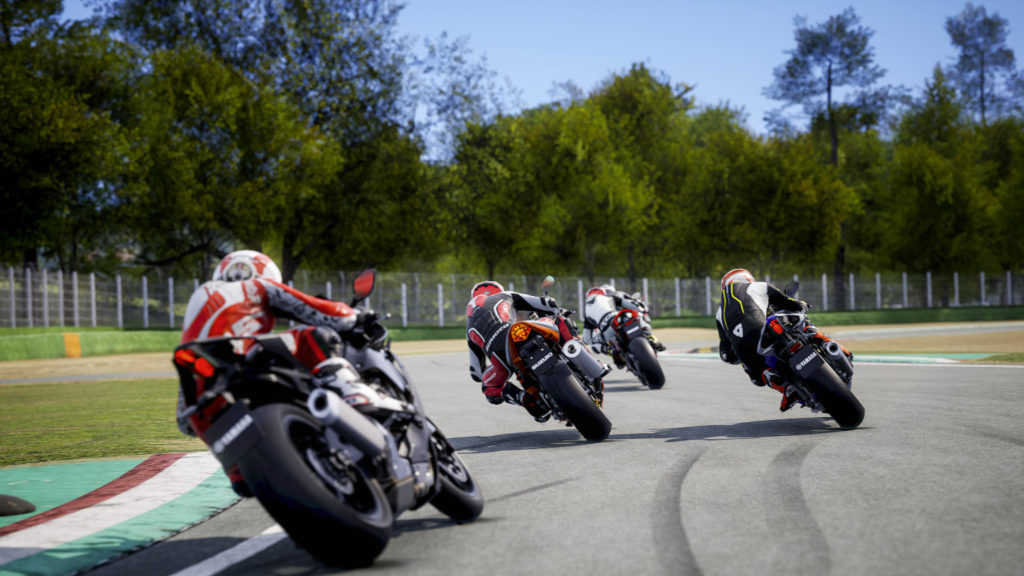 Of course, this being an in-development preview build of RIDE 4, there are one or two rough edges. I’m not aiming to be negative right off the bat here, merely getting the cons out of the way early, so we can focus on the good stuff. Of which there is a lot, leaving me looking forward to the finished product. That finished product, I hope, will tweak the AI. At its best, I had some fantastically close races and was hugely impressed. At its worst, it acted like I wasn’t on the track and would ram straight into the back of my bike, constantly taking me out into the opening corner. It was like that old chestnut of online racing, with the first corner being a demolition derby.

There are also some issues with track limits. Obviously, cutting corners is a no-no and that’s expected to be punished, but the problem in RIDE 4 seems to be that it’s punishing riders for going over the (perfectly legal) kerbs, particularly on the exit of corners. These penalties are immediate too, with no room to slow down as real racers do to avoid time being added onto their final tally. This is something that can affect your finishing position in a close race, which would be incredibly frustrating if it cost you a win in one of the new endurance races. 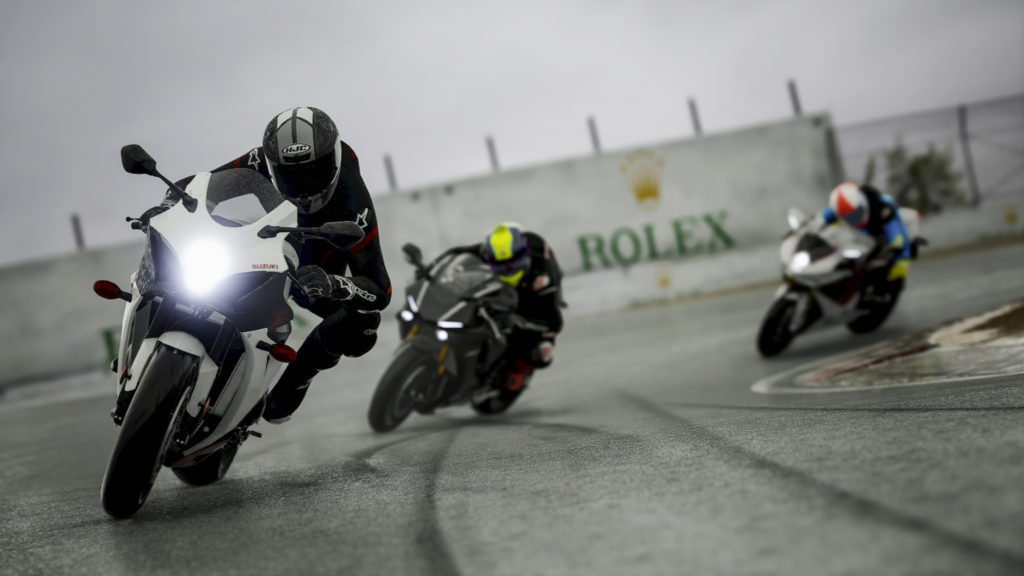 This is where things get positive again, by the way. As you may know, I’m a big fan of both the F1 games and Gran Turismo Sport, and RIDE 4’s endurance races feel heavily influenced by those games. Standard races are often great fun, but these endurance races feel much more strategic as you need to manage your fuel and tyres as you race. At a minimum of 20 minutes’ length, you’ll have to decide whether it’s worth the risk of burning more fuel to get ahead, possibly at the cost of tyre life too, or play it safer to outlast your competitors. When you need to pit during these longer events, this plays out exactly like Gran Turismo Sport’s pit stops, which is a good thing. You don’t have to decide which tyres to change while you’re on the track, like you might do in F1 2020, you simply make the choice once you arrive in the pit lane. Do you change tyres, making the stop longer but giving you better grip, or just add enough fuel to get to the end of the race? It’s a tense and exciting new addition to the series, and easily the best thing I saw in the RIDE 4 preview build. Especially when dynamic weather throws a spanner in the works.

It helps that the handling is exceptional, too. Considering how well Milestone’s MotoGP 20 controlled, it came as no surprise to find that RIDE 4 feels just as fun and just as authentic a riding experience. Each bike, from manufacturers like Yamaha, Honda, BMW and Ducati to name just a few, feels different. Sometimes it’s subtle, with slightly less wobble going into corners, or slightly more grip and speed along the straights. Sometimes it just feels like a completely different beast, especially when you try out bikes from the 1960s and compare them to the more agile machines of today. And that’s before you upgrade them, adding better brakes or tyres, maybe improving the engine for greater speed and/or acceleration. There is an awful lot of customisation in this game. 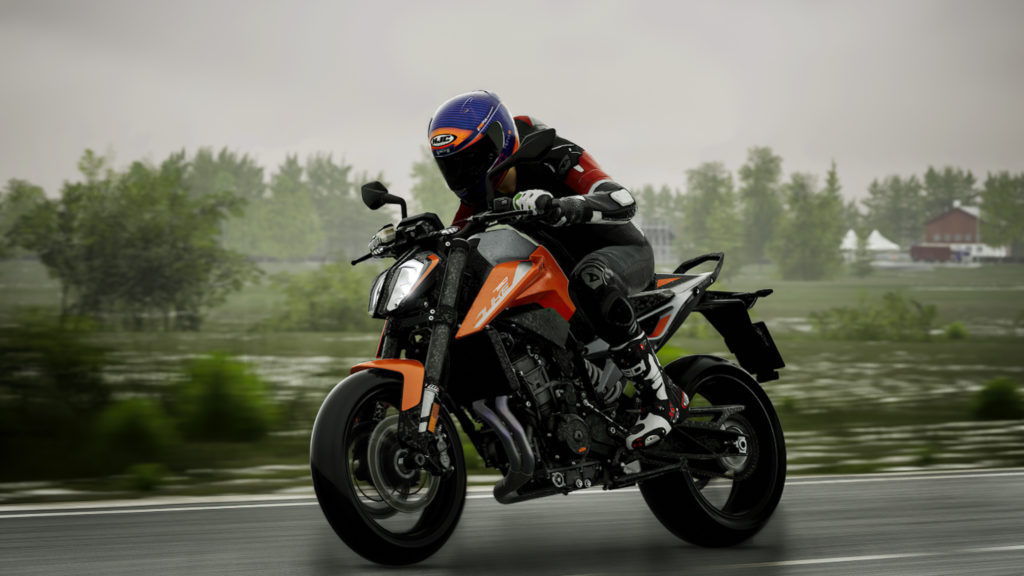 Not just customisation, either. There’s a lot of content available, even just in this preview build of RIDE 4. From a healthy selection of bikes from a range of decades, including endurance models and “naked” bikes, as well as sports models, to a stacked track list from all over the world, RIDE 4 already feels full to the brim with content. And this build didn’t even include the career mode.

After spending several hours with RIDE 4, I have gone from being mildly interested in the game, to very impressed and rather excited for the finished product. With a few tweaks to improve the AI, which often happens in the final stages of development, Milestone could well be onto a winner.