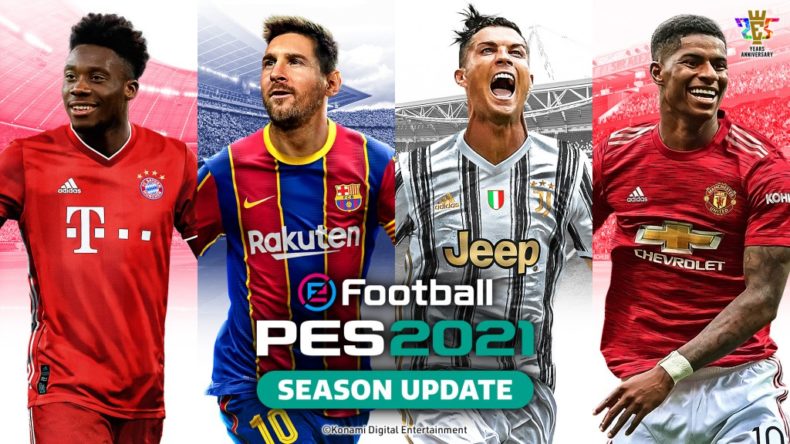 Konami has announced that Data Pack 2.0 for eFootball PES 2021 Season Update is now available as a free download for PlayStation 4, Xbox One, and PC. The update features the latest league, club, and player data for numerous countries such as Italy, Belgium, and Brazil. Over 150 player faces have been added, including Ansu Fati (FC Barcelona), Cristiano Ronaldo (Juventus), William Saliba (Arsenal), Albian Ajeti (Celtic FC) and Francisco Trincão (FC Barcelona).

Also, 200 teams have received the latest kit updates, such as England, France, and Portugal, and FC Barcelona, Celtics FC, Juventus, Manchester United, and AS Roma will have their newly updated third kits.

PES 2021 will also see the release of new Iconic Moment Series players within various myClub campaigns, with more to follow next month:

Finally, Data Pack 2.0 also adds the following to the game:

Video games are cool. Don't let anybody tell you any different.
MORE LIKE THIS
KonamiPES 2021 Season Update