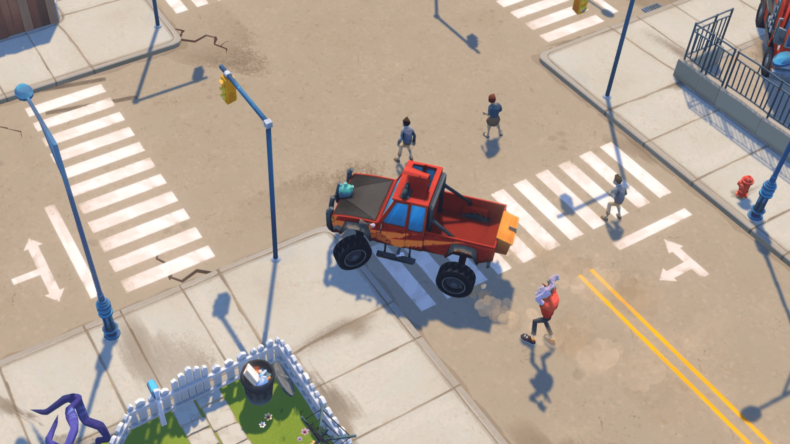 With an outrageous style and even more outrageously long title comes The Last Kids On Earth and the Staff Of Doom. Coming from the illustrated novel and Netflix series of the same name, this offers all the staples a game of its calibre should – a nice art style and addictive 4-player couch co-op.

As reported by God is a Geek last year, this has seemingly been in the works for quite some time. Helmed by Stage Clear Studios and published by Bandai Namco, they must have some faith in this project.

It’s quite fitting to place a 4-player co-op game in this universe for many reasons: It has four central characters ( Jack, June, Dirk and Quint) and feels both arcadey and fun enough to keep us interested. Check out the trailer below to see for yourself

It seems to have two central styles going for it: The cutscenes fit an animation style complete with 4th wall breaks and fluid animation and the gameplay feels fuller and more blocky. This appears to be done to accommodate for its playstyle, one focused on slashing at enemies and dodging away. With four players on the screen, it looks rather hectic, perfect for The Last Kids On Earth’s crazy style. This is a trailer that just feels happy being a trailer, having a very excited Jack Sullivan continuously talk about the virtues of his small zombie-infested town.

This game is, no doubt, inspired by the popularity of the book series before it and the Netflix show starring Stranger Things alumni Finn Wolfhard. Now onto its third season or “Book 3” it appears to be the perfect time to expand this franchise outwards. Set for a release date of Spring 2021, we might hope to see another season and book in that time to coincide with the launch. The Last Kids On Earth seems to set to entertain families next year, let us know if you’ll be among them