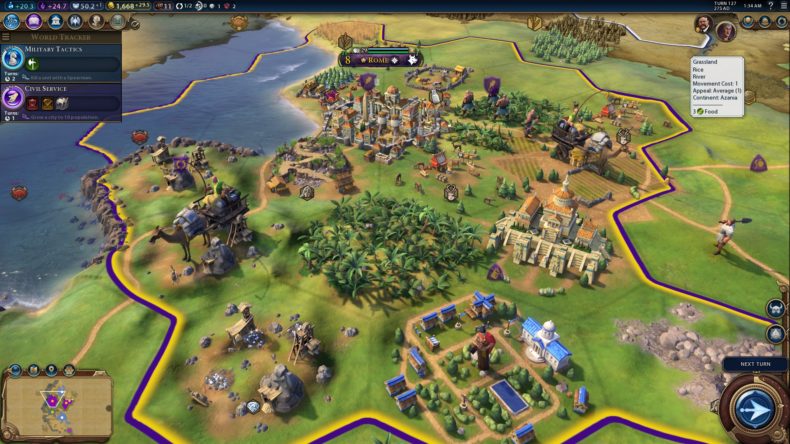 For those who love building an empire, you’ve got the new Civilization VI December update to look forward to. This free patch includes the new City-state picker, as well as a bunch of balance fixes.

“Today, Firaxis shared a new game update video highlighting upcoming changes, adjustments and additions coming to Civilization® VI in the December game update, which is scheduled to go live on Thursday 17 December. Ahead of the release, Firaxis will be doing a community livestream at 7 p.m. GMT on Wednesday 16 December.

In addition to balance and update changes, each game update includes a new feature, such as a scenario, game mode or customization. This month’s update includes the City-state Picker, as well as several balance adjustments and additional changes based on player feedback.

Following player feedback, some new adjustments are making their way to Civilization VI. These include a significant balance pass on Social Policies and the Tech and Civic boosts, as well as improvements to the AI. For example, AI leaders are now less likely to make demands if your military is stronger or if it is doing badly in a war; players may also be excited to find a “Stop Asking Me” button that can be used if a civ is sending a few too many demands or requests. Full details will be available in patch notes that release alongside the update on 17 December.

The December game update is one of many free updates that are a part of the overall content roadmap for Civilization VI, available to anyone who owns the game.”

It sounds like it’ll be worth jumping back into a game of Civilization once this update drops. I’ve always been a bit useless at managing an empire, but maybe it’s worth getting Gandhi onside for a race to world domination this month.