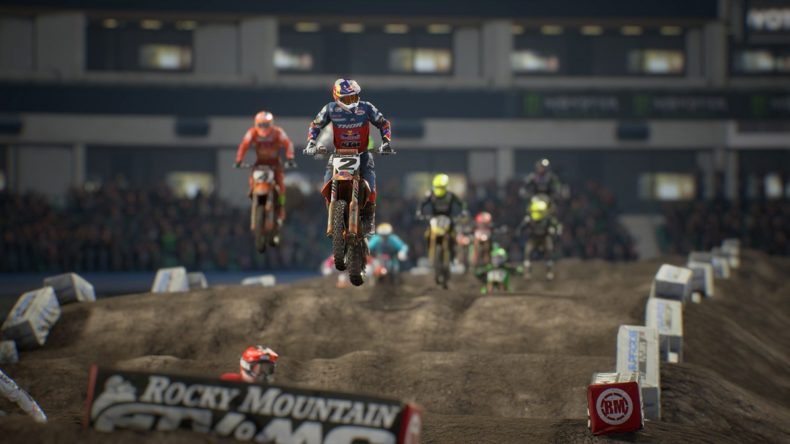 Milestone continue to pump out racers like nobody’s business, and when you have three solid motocross properties under your belt, it’s sometimes difficult to distinguish which is which. Ride 4 and MXGP 20 are two I’ve reviewed recently for PS5. Playing a preview of Monster Energy Supercross 4 on PC might not look quite as impressive, but out of all three, it is probably the most fun I’ve had with a bike. You’re not punished as harshly for staying off the track quite as you are in Ride 4, and the AI feels a lot more balanced that seen in MXGP 20 – with some superb handling to boot.

Although I didn’t get to play any of the career, I did get to spent a lot of time racing around many of the tracks in single races and Time Attack. Despite being on rockier terrain, the bumps and jumps provide plenty of challenge when it comes to staying on your two wheels. Out of the gate, those first few moments are probably the riskiest of all, as you try to stay upright whilst breaking free from the crowds of all the other racers. It’s vital you get a successful start, and just like Milestone’s other titles, you’re required to use the clutch and acceleration in the same way to get the perfect beginning to the race. 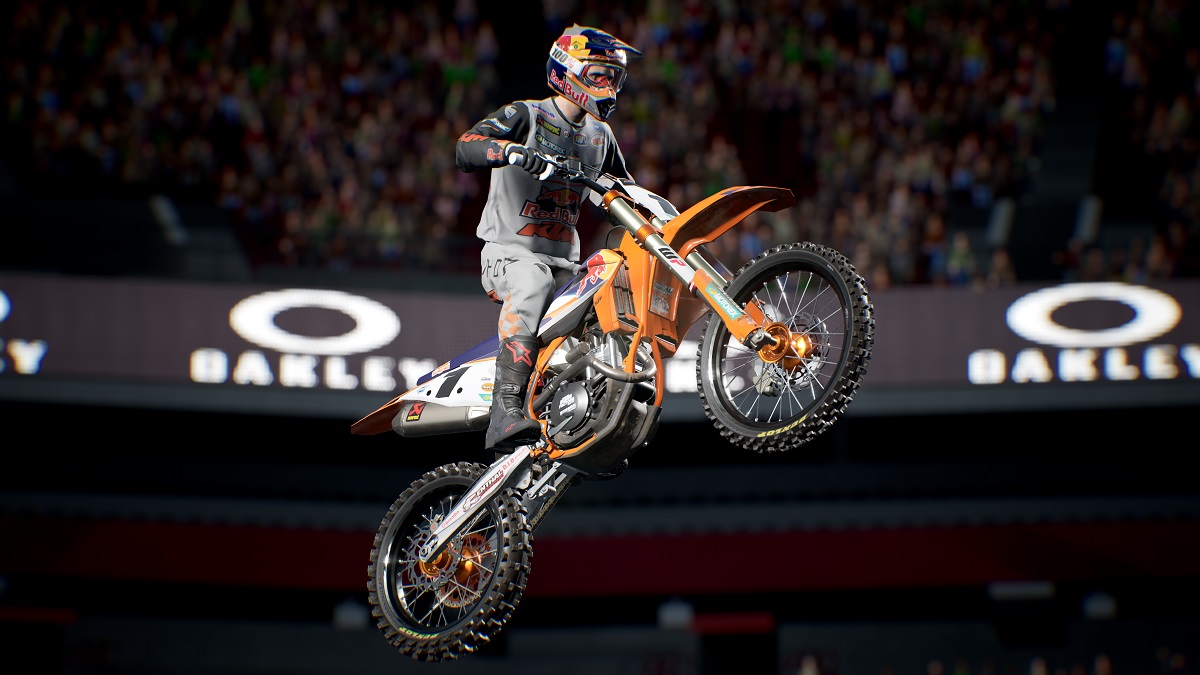 I actually prefer the handling in Monster Energy Supercross 4 more so than in any of Milestone’s other motocross titles. Whilst at times you don’t feel quite as in control thanks to the lighter bikes, you have more freedom to drift into corners and land a jump exactly how you want. Drifting, whether you’re taking a tight corner or want to gain some momentum round a staggered bend, offers superb control. If you’re battling the AI when doing so, it provides more of a challenge as you have to adjust your method just enough to avoid a collision. In my time with the preview, I managed to clip the back of AI bikes to knock them off course or tumble completely, but it also happened to me a fair few times.

Due to the amount of jumps in the Supercross-style arenas, there were plenty of opportunities for me to get to grips with landing successfully. I used the handy Rewind feature less as I found the control was much tighter than in MXGP 20. However, if you need to use Rewind, you can do so. If you use it three times, you’ll not be able to use it again until it refills, which adds a need to be cautious about how you tackle every section of the track. After a few laps racing around my first course, I’d become accustomed to the controls much easier than in any other racer. This allowed me to really get to grips with the nuances of each course and really start to enjoy the way Milestone has nailed the controls. 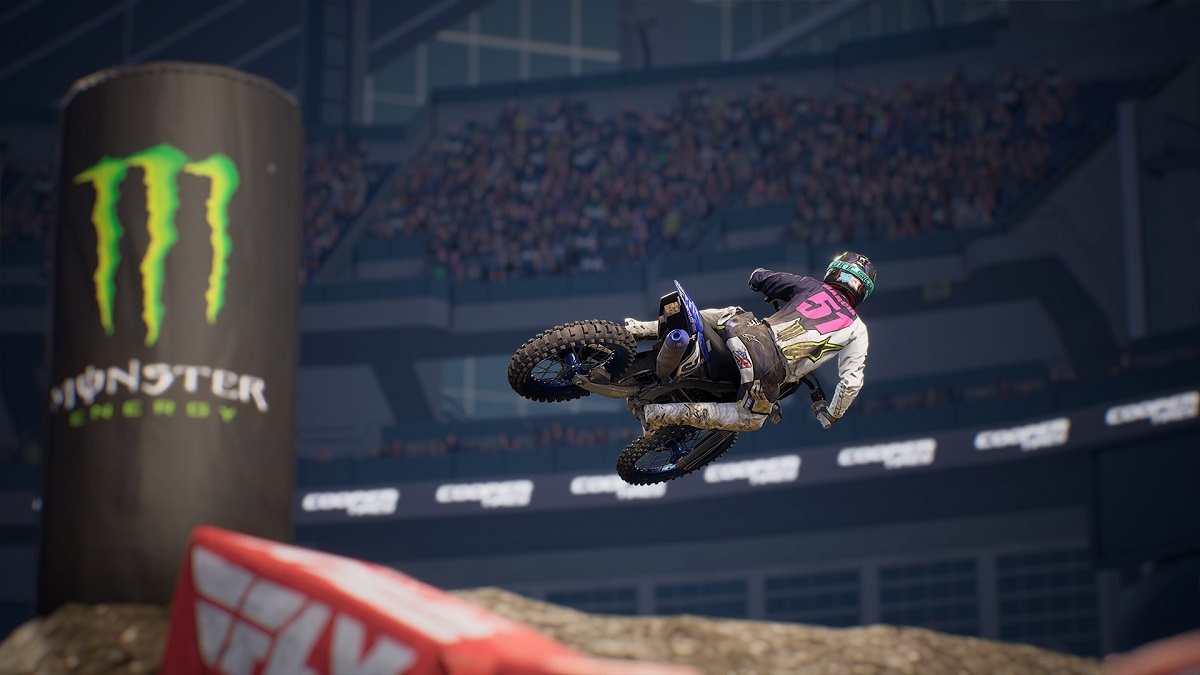 The Compound is a large playground for you to practice your riding and finetune any issues you have whilst racing in the 450SX (the only class available in the preview). Maine Islands is filled with open lanes and big jumps. I found these a great tool to improve my whips and scrubs. Landing them perfectly after a jump gives you much more confidence, and the Compound was key in helping me to get to grips with them. The dynamic weather and lighting whilst riding in the open air looks gorgeous too. You can also take part in single races whilst riding within the freedom the Compound provides, but I had more fun exploring everything it had to offer.

The Track Editor is back, too. Whilst I found it hard to distinguish what was new, I still found there were plenty of options in the size of the whoops and jumps as well as the straights; in the type of colours the lighting and smoke has, and other stylistic options to make each creation unique. This in itself might not be a reason to give Monster Energy Supercross 4 a go, but it’s a nice addition to an already solid package. I can’t wait to dive into the career, and when the full game releases I’ll be at the starting line ready to embark on my journey to become the greatest racer I can be.

Monster Energy Supercross 4 has the best handling to date, with multiple tracks and authentic racers to choose from. The controls alone show how the small tweaks Milestone has made are improving the series, and with frantic action held together by smart AI that doesn’t feel overpowered or nerfed in any way, there’s plenty to look forward to for when the finished game finally hits consoles and PC in early March.

Video games are cool. Don't let anybody tell you any different.
MORE LIKE THIS
Milestonemonster Energy Supercross 4Preview