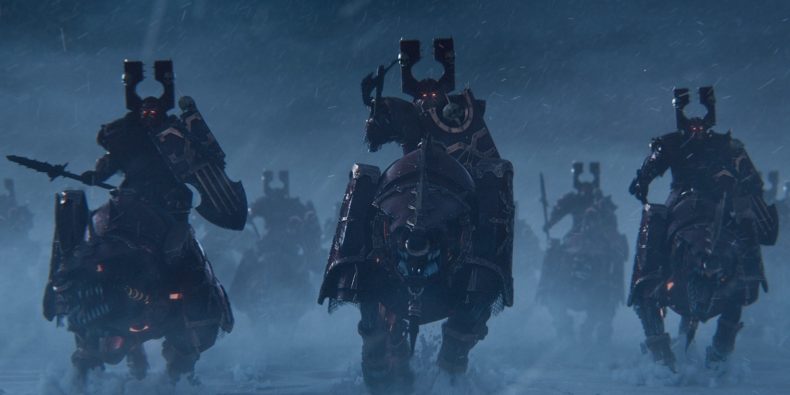 Sega has today announced Total War: Warhammer III, the third title in the series coming from Creative Assembly and Games Workshop. The game will take players into a cataclysmic conflict between ruinous demonic powers and the sentinels of the mortal world. Visiting epic locations such as the Lands of the East and Realms of Chaos, players will be forced to make important changes that will affect the reality-shattering conflict to come. No release date has been officially confirmed as of yet, but the game is due to come out in 2021.

New races are set to feature in Total War: Warhammer III, including the video game debut of Kislev and Cathay. Alongside the faction of Chaos – Khorne, Nurgle, Slaanesh and Tzeentch – players will wage war with a bountiful range of heroes, monsters, flying creatures, and magical powers that have never been seen on such a scale before. The campaign will see you embarking on a quest to save or exploit the power of a dying god, with each race offering a unique journey through the Chaos Realm, culminating in an endgame set to have monumental repercussions for the entire world.

“Our vision, from the start, was to create a series that felt like an incredible journey through this world we all loved.,” said Game Director, Ian Roxburgh. “The enormous support of our players in ensuring the success of the first two instalments has pushed our ambition to new heights, and we can’t wait for everyone to experience it.”

“The craft, dedication and authenticity to the Warhammer world that Creative Assembly has poured into the celebrated Total War Warhammer franchise over the years has been a delight to us at Games Workshop and fans worldwide.” said Jon Gillard, Global Head of Licensing. “Creating and developing the armies of Cathay and Kislev for this project has been a lot of fun for our designers and we’re looking forward to seeing them take to the field in this huge third game in the series.”

Video games are cool. Don't let anybody tell you any different.
MORE LIKE THIS
creative assemblygames workshopSegatotal war: warhammer III