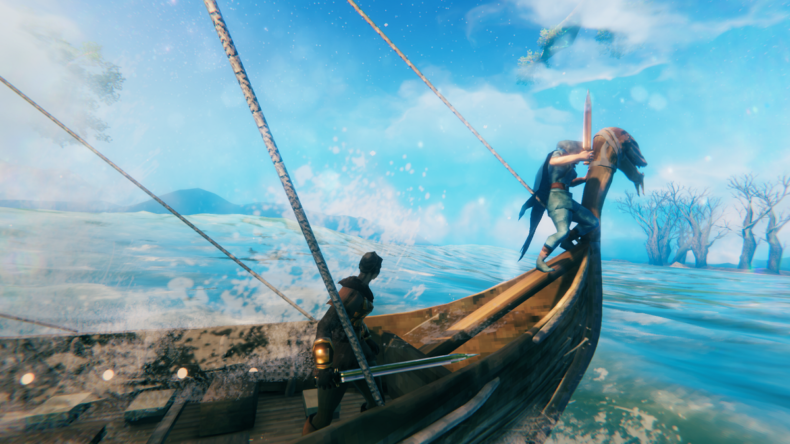 It’s only taken three weeks for the multiplayer Viking survival game Valheim to reach a huge milestone of selling four million units. It has attracted 500,000 concurrent players at its peak, which is only one of five games every to do so on Steam, behind only CS:GO, Dota 2, PUBG, and Cyberpunk 2077. There are 80,000 positive reviews on Steam, and sits at number 57 on the top ranked games of all time.

When you first arrive in Valheim, it feels as though you’ve got no idea what you’re doing, but Iron Gate Studio introduces many of the survival aspects quickly enough to not leave you feeling lost for long. The developers have already revealed an Early Access roadmap which features new biomes, new enemies, and improvements to combat, ships, and more. What started off as a game being developed by one man has become the biggest selling game of 2021 so far.

“I don’t think I have really had time to contemplate it. I know that players like the game a lot, but at the same time I think that I can make something even better in the future. I’m looking forward to adding more content to the game, especially working on the remaining biomes,” said Richard Svensson, CEO of Iron Gate Studio. “Our current roadmap only reaches the next biome and we hope to have it done by the end of the year, but it might very well take longer depending on how smooth the development will be. I really don’t want to stress the development, that never ends well.”

“I was describing Valheim to a friend over a year ago as a game that made me feel how I felt when I fell in love in games for the first time. Up until three weeks ago I thought this was a unique connection I alone had with Valheim,” said Albert Säfström, CEO, Coffee Stain Publishing. “Seeing the incredible reception from players in these past weeks has made me realise that Valheim is something truly special, not only for me, but for more players than I could have imagined.”

You can buy Valheim in Early Access via Steam for £15.49.

Video games are cool. Don't let anybody tell you any different.
MORE LIKE THIS
Coffee Stain PublishingEarly AccessIron Gate StudioSteam