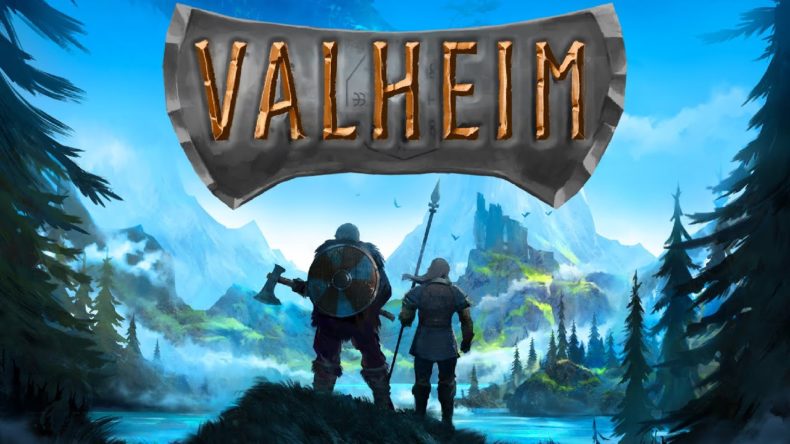 One of the best things about Valheim is that it it doesn’t hold your hand, but doesn’t leave you floundering in the dark, either. Although it does leave you stranded in the woods, quite literally, with nothing but your bare hands and some talking ravens for company.

The biggest difference between Valheim and other survival games I’ve played is that it’s not a slog. Remember your first hour in Ark, back in the day? Punching rocks and trees with your fists and trying to make sense of what was going on? Well, maybe partly because of time spent in other games, by the end of my first hour in Valheim I already had a crude dwelling, a cooking station, weaponry and clothing.

And you need to progress fairly quickly, because Valheim pits you not just against the elements and the creatures lurking in the procedurally-generated forest, but against huge mythological beasts that stalk the islands. Periodically, they will hurl the animals and monsters against you, and you’ll need to defend yourself, which creates a loop of desperate fighting and grateful looting as you gather up resources from your slain foes to help improve your gear or habitat. 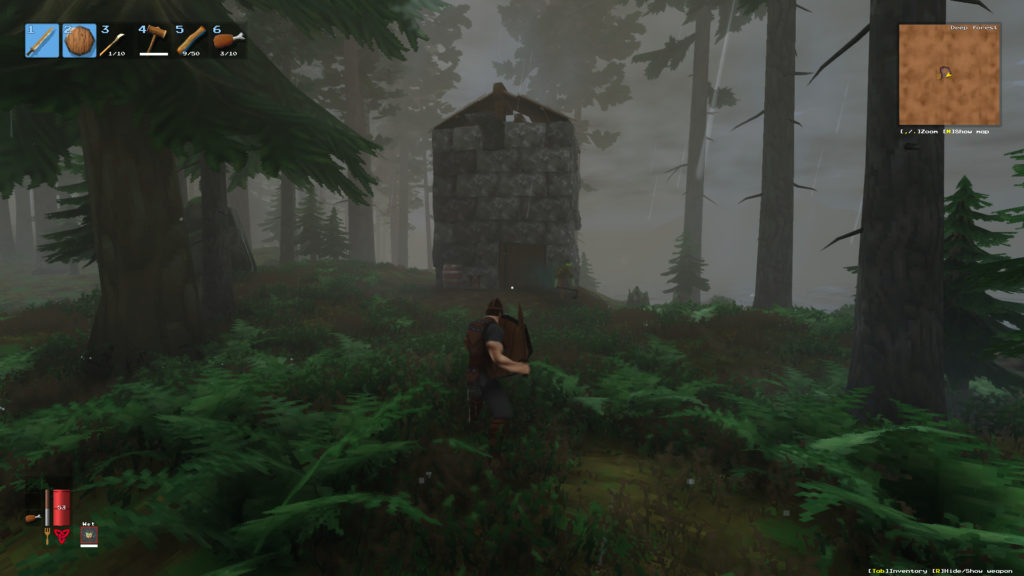 Like other survival games though, Valheim is an uphill battle – it’s just not one that seems constantly stacked against you. There’s something relaxing and bizarrely satisfying about cooking meat you killed on a fire you made in a hut you built, then going for a wander in the early morning to gather up stone and wood and hunt your next lunch.

The build menu needs some work though. Even using mouse and keyboard, I struggled with the precision and placement of certain tiles, and it’s simply not fully optimised for controller yet. The buttons are all over the place and re-assigning them is not as straightforward as it should be. It took me several attempts to get the walls of my hut up and the basic tutorial left me confounded as to how to even place certain components of the building. I got there in the end, though.

Small points of interest litter the starting areas, from standing stones and burned out old dwellings that suggest someone else was here before and either moved on or got stomped by something nasty. Your own central area is equipped with towering monoliths on which to display trophies and offer sacrifices to the gods and spirits of the world, in order to boost your chances of survival. 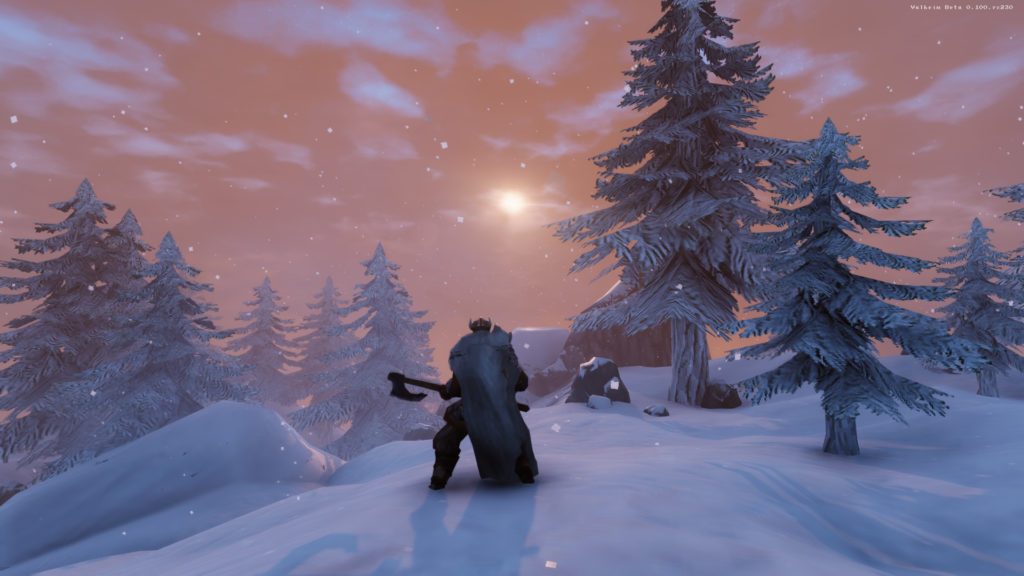 Despite the low-resolution and low-maintenance graphics, there’s a certain charm to a lot of Valheim, but a little more detail and polish on the visuals would go a long way. It’s not exactly “ugly”, but it’s certainly not a pretty or overly colourful game, and it can be difficult to spot wildlife or items of interest against the washed-out terrain. That said, it doesn’t take long to get used to it, or to the janky combat and movement animations.

On the surface, Valheim looks more or less the same as any other survival game of the last five or so years, but the way it pits you immediately against an unbeatable foe and demands that you get stronger or eventually die a weakling gives even the early game some much-needed impetus. It also rewards every stone you overturn, every tree you cut down, and every tiny advancement you make. Once you have a crafting table and work station you’ll be developing new items and tools in quick succession, and the bolder you grow, the further you’ll travel.

Perhaps the most appealing aspect to me is that you can disable PvP completely and suffer no adverse consequences. It’s there if you want it, but you aren’t constantly forced into it with griefers as you are in Ark and Rust. Instead, you have a button you can toggle in the menu that either allows you to fight and be fought, or blocks it. This has already led to the creation of PvP arenas, spaces designed by players using the in-game tools, where they can go to specifically and exclusively partake in PvP. It also means that if you want to be left alone to do your own thing, or just want to play alongside others to build a cooperative community, you can. 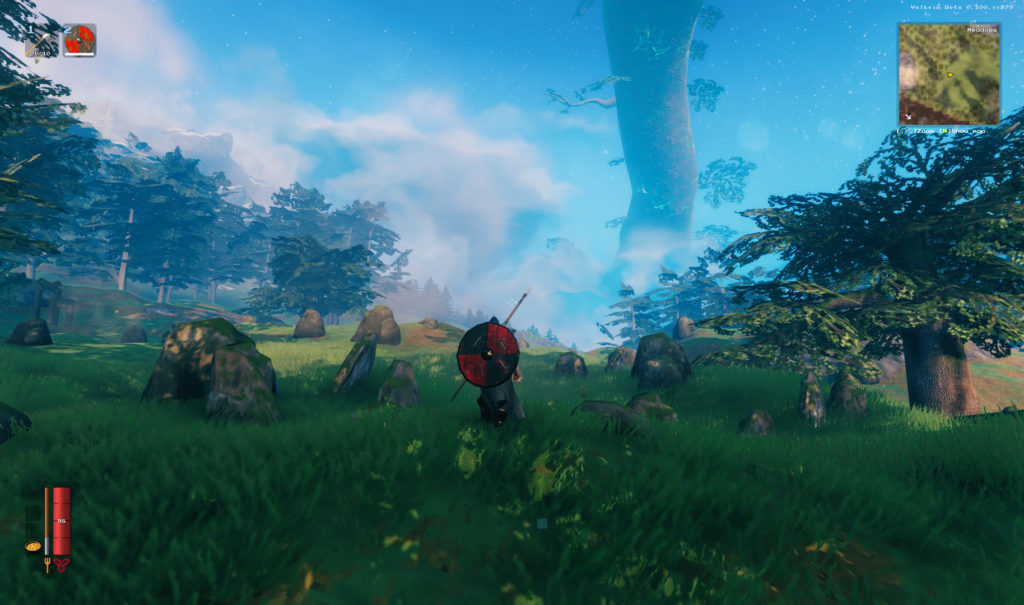 Having hit 2 million downloads on Steam in early access, Valheim is almost certainly going to stick around and get bigger and better. If Iron Gate AB stick to their current ethos of delivering faster-paced survival with the true freedom of opt-in PvP and community spirit, this could one day be the biggest survival game available. And considering the size of some of the current dominators, that’s no mean feat.

Senior Content Editor Mick has been playing games for over 30 years and writing about them for around 12. After drifting from site to site for a while, settling briefly at the now-defunct Made2Game and freelancing for the gone-but-not-forgotten NintendoGamer Magazine, he came at last to rest at Godisageek. Mick has been a reviewer, staff writer and content editor here for some time, while also moonlighting a little for Red Bull Games. He has 4 kids, has written 2 novels, and sometimes even manages to pay a bill or two. You'll usually find him defending the galaxy in Destiny 2, battling evil in Diablo 3, or lurking in the background on Twitter. Find him there @Jedi_Beats_Tank, or on XBL (JediWaster247), PSN (Jedi_Waster) or Nintendo (JediWaster).
MORE LIKE THIS
Early AccessgodisageekMMOPC