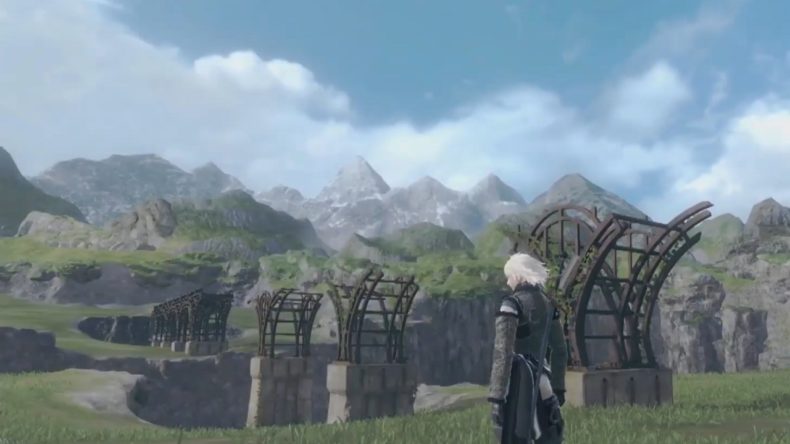 Nier Automata was a masterpiece in storytelling and design, born from the cult following established by Nier, its predecessor. It also welcomed plenty of new fans to the series, one such individual being myself. I’d never seen any of Yoko Taro’s previous work, but I was instantly enamoured by the weird and wonderful world of Automata, and the tale of aliens, androids, and adventure. Nier Replicant ver.1.22474487139… is an updated version of Nier Replicant, a Japanese-only release of Nier. The various releases are almost as complex as the story, especially when you factor the Drakengard series, of which this series was born from.

Fundamentally. the main difference between Nier and Replicant is the presentation of the main character. In the original, he was a full-grown man with a daughter called Yonnah, however, in Replicant he starts off as a teenager, and Yonnah is his sister. This updated version features improved visuals and combat similar to Automata, welcoming fans of 2B’s exploits into this prequel. Are you still with me? Hopefully you aren’t as confused by all of this as me, and we can get into exactly what makes this version of Nier Replicant so compelling.

I’ve spent ten hours so far exploring the world of Replicant, and whilst I won’t spoil any story elements here, I will wax lyrical about the variety of combat on offer. In the early stages, I was able to play as a young Nier, taking on a couple of bosses that were challenging, yet relatively easy to dispatch. The first boss was found in a junk heap, and after making my way through a series of corridors defeating robots that looked like beefed up and violent versions of Wall-E. I encountered a massive machine known as Defense System Geppetto. He fired multiple lasers from his hands as I had to dash underneath them, and when his metallic paws thrashed the ground, I had to hit them with my sword or use my limited magic abilities to wear him down (more on the magic in a bit). 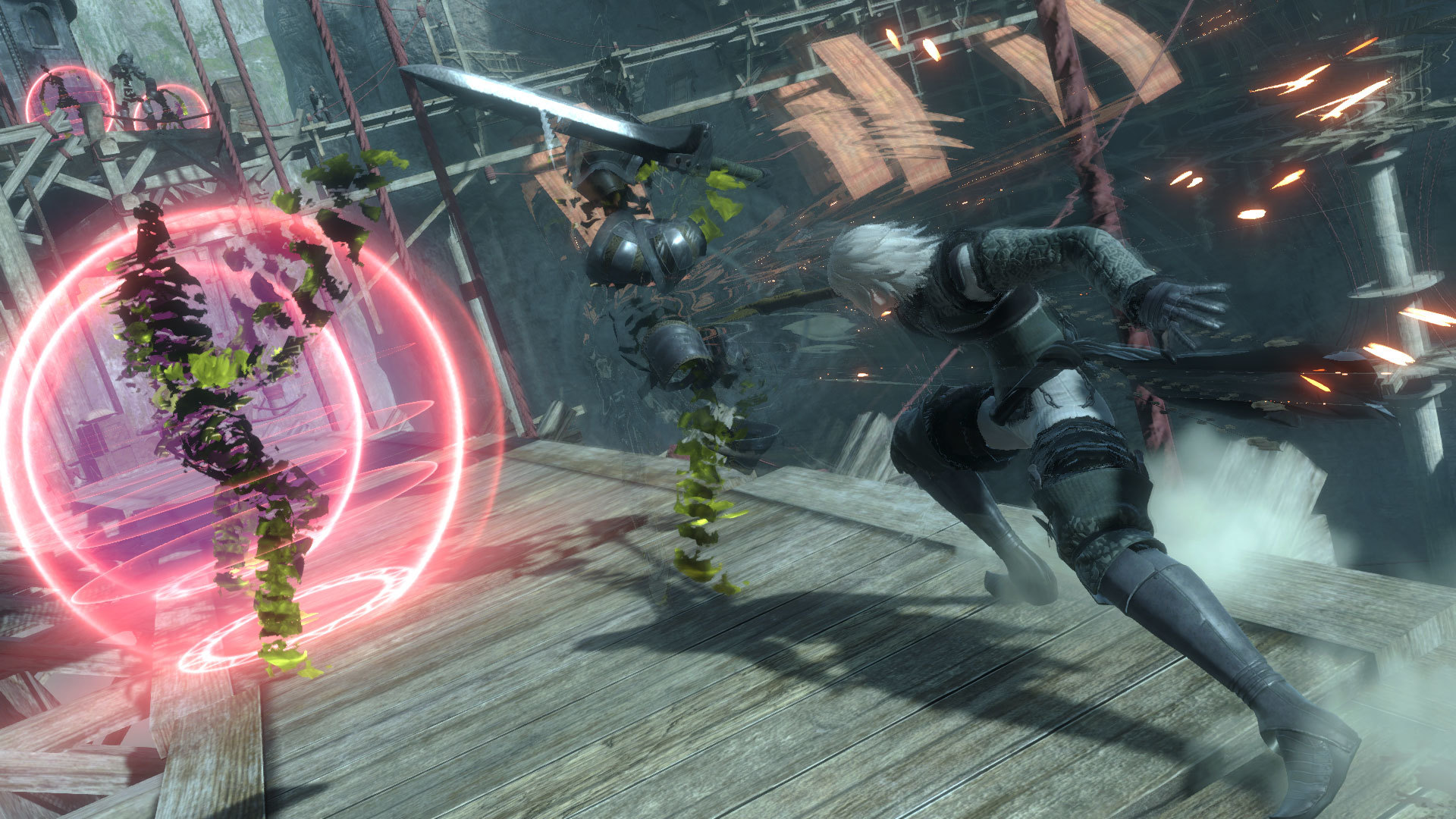 The second boss fight was in an area called the Aerie, a series of bridges and huts, situated high up between to mountain sides. At this point I was accompanied by Kainé, a foul-mouthed badass woman in her underwear. This creature was called Hook, a goliath Shade (the main enemy of the game), who pounded at the ground whilst firing spheres that would shoot red balls of magic at me. Both bosses were different, and they help to give you an idea of the kind of epic fights you’ll take part in throughout the game. They also gave me a taste of the kind of gameplay to expect when the game truly opens up about halfway through.

No Spoilers, lots of magic

Apologies for the caginess, but some stuff goes down and you find yourself older. As an adult, Nier finds himself harnessing all eight of the Sealed Verses, magical spells that can provide a great advantage when fighting Shades. You can switch them out however you see fit, and each one has advantages and disadvantages depending on the type of foe you encounter. They are all mapped to R1, R2, L1, and L2. If you want four Sealed Verses equipped, you’re free to do so, but using your weapon to defend, or dodging an enemy attack get replaced as a result. Learning what works for you and adapting to each encounter is all part of the combat, and you’ll find that many different encounters require different approaches. 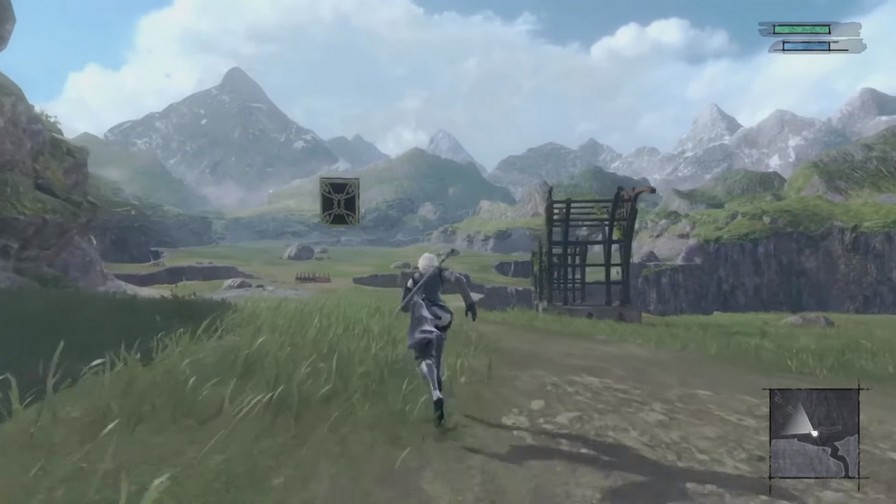 For example, using Dark Lance or Dark Blast fire projectiles at enemies from a distance, making them perfect ranged attacks. If you’re in the thick of battle, Dark Execution summons spikes from the ground, impaling enemies that are within your immediate vicinity. Holding down the buttons can charge these magical attacks, giving them even more force. Dark Phantasm can summon a doppelganger to attack a nearby enemy, but holding the button down can send more than one out to do your bidding. This works for all the Sealed Verses, offering a worthy risk if you manage to hold down the attack for maximum effect. There are some really cool abilities when using this magic, and when you’re switching them in and out during battle makes you feel like a god.

Thanks to the ease at which you can do so, combat becomes an art. On top of all the magic, you also gain the ability to use multiple weapon types. As a teen, you could only collect one-handed weapons. but as an older version of Nier, you can use greatswords and spears. Deciding whether to use a two-handed blade to deal lots of damage and risk leaving yourself open to attacks from quicker enemies, or equipping a spear to thrust efficiently is yet another thing to think about. Switching between weapons is easily accomplished thanks to it being mapped to the D-pad. Like the Sealed Verses, you can alternate whilst fighting, giving you plenty of combat options.

Another cool feature in Nier Replicant is the Word List. As you defeat enemies, you’ll earn words that can be attached to weapons, magic, and defensive manoeuvres. These will give enhancements to your attack and magic power, breaking an enemy’s guard and resistance to attacks, and your own armour. These words are learned thick and fast, and making use of each one can add an extra layer of performance in every battle. Whilst I didn’t focus as acutely on these as my magic or weapons, I’d still spend a few minutes every now and again swapping them in and out. 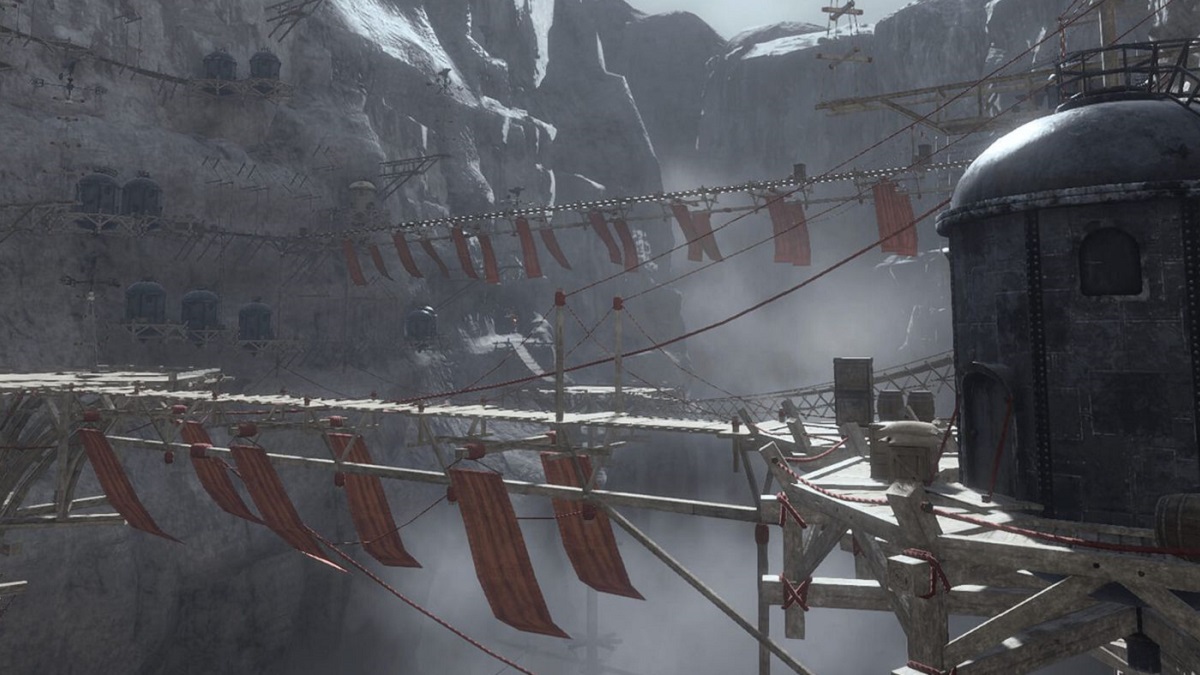 When it comes to the actual feel of the game, there’re many similarities with Nier Automata. The soundtrack is meticulously crafted, with some beautiful and harrowing vocals from a range of talented singers. It also reminds me a lot of the score from Automata, given how enraptured I felt whilst playing. Visually, it’s indistinguishable. I miss Automata so much, and feeling as though I’m right back in the thick of this world is amazing beyond words. The enhanced visuals are noticeable. It’s character models and environments are smoother, and it also runs like a dream.

So far, Nier Replicant has a rich combat system that makes every fight different. Whilst the Shades grow stronger and tougher to beat, the variety in your magic and the weapons you acquire make the combat feel fresh with every swing of your blade or spell that you cast. It also looks great considering the original came out almost eleven years ago. Nier Automata was astounding, and this is very much in the spirit of it, with a phenomenal soundtrack and some beautiful locations, all fused with the unique ideas only Yoko Taro could create.

Video games are cool. Don't let anybody tell you any different.
MORE LIKE THIS
NieR ReplicantPreviewsquare enixToylogic