NieR Replicant | How to complete the “Boar Hunt!” Quest 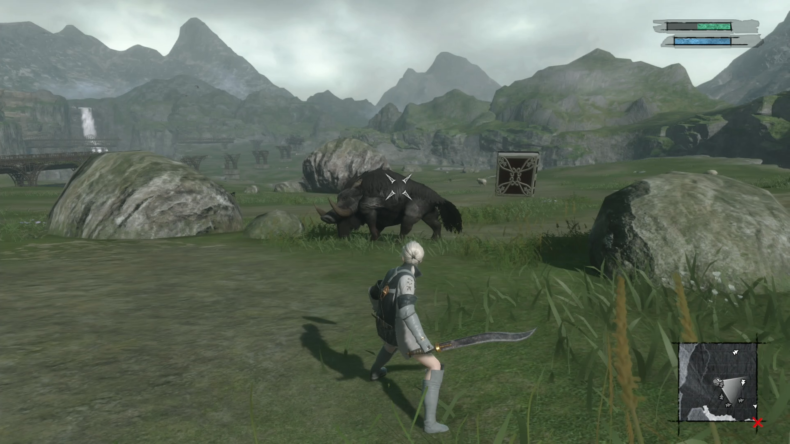 NieR Replicant from Square Enix has a lot of additional side-quests for you to complete which offer up additional rewards. If you can complete them, then their rewards often easily pay for the time it takes to complete them. An early NieR Replicant quest which you can acquire is the Boar Hunt! quest. It can seem pretty innocuous at the time, and you may skip over it, but it actually unlocks a really hand mode of travel that you should take advantage of. With this guide, we’ll show you what to do to complete the quest with ease.

Where is the NieR Replicant “Boar Hunt!” Quest?

In Nier Replicant, you can acquire the Boar Hunt! quest from an old man who is sitting next to the item shop in the main village area of the starting map. Speak to him and he will ask you to deal with a boar that has been roaming the Northern Plains and injuring innocent people. He also asks you to retrieve a Boar Tusk from the downed animal once you are successful.

Where can I find the Boar? 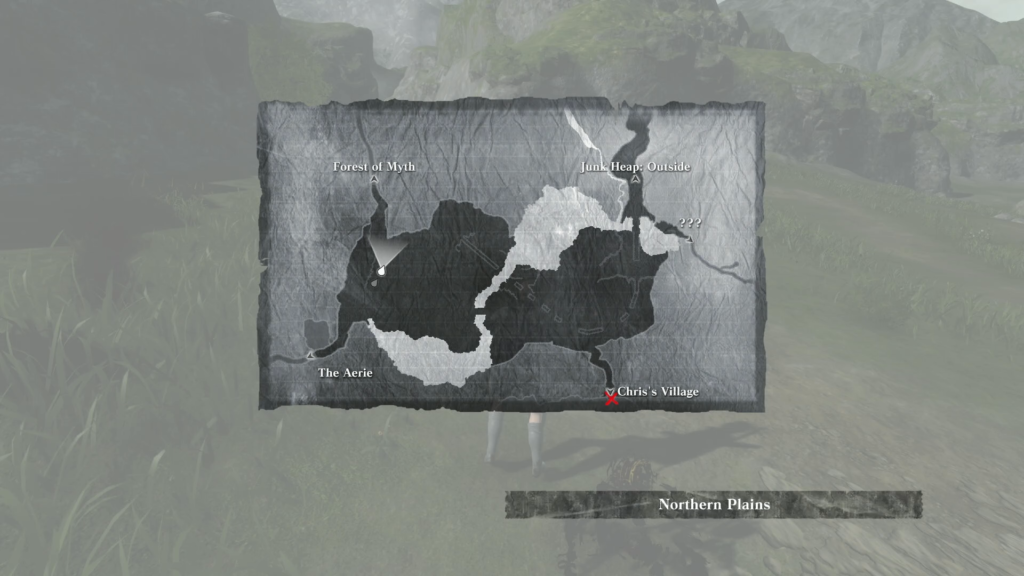 As the old man said, you need to head out to the Northern Plains area to find the Boar. It will be roaming around towards the northwestern part of the Plains, so head over as though you were heading to the Aerie. Then veer slightly to your right, before you get to the raised area leading northward to the Forest of Myth and you should see the Boar roaming around, it’s fairly large and quite stark against the otherwise empty landscape. Check the image above for a rough approximation of where to find the boar if you’re still struggling.

How to defeat the Boar

If you attempt the boar fight early on in your adventure – such as before you head to the Aerie for the first time – then this could be quite a challenging fight as you will be at a low level. That said, this fight at lower levels is more about perseverance than brute strength. The boar has one attack, a simple charge move that it will do every few seconds, which if it connects with you can wipe out almost all your health if at a low level, so you will need to dodge it.

Make sure you have the Evade Martial Art equipped (it will be there by default assigned to R2 unless you have changed it) and use it dive out of the way if needed. Then keep strafing the boar and a combination of that and the Evade move should mean it never damages you. After its charge, you can move in and wail on it with your weapon for a few hits, but then back off to avoid its next charge.

The Dark Blast Magic Ability is handy here (again automatically assigned to R1 unless you have swapped in another skill), as it can attack the boar from distance, once you have locked on. Keep hitting R1 rather than holding it down though as the first Dark Blast orb is always stronger. With the combination of weapon strikes and Dark Blast hits, the boar should go down before long. 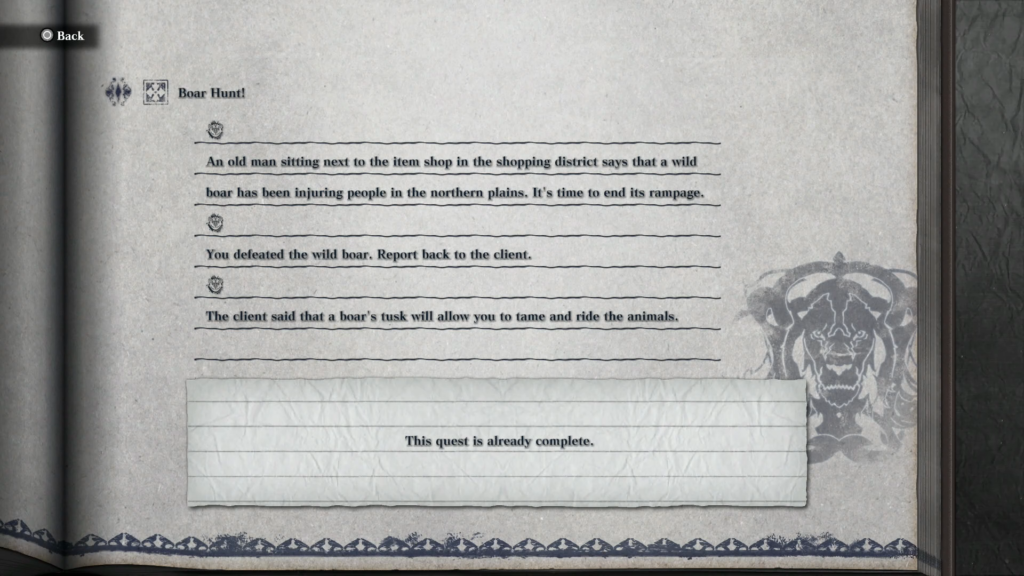 When the Boar is slain you will automatically receive the Boar Tusk that the old man asked you to retrieve. Now go and return to the village to let him know of your successful hunt. He will inform you that the Boar Tusk allows you to now ride boars in the wild. He will also reward you with some money for your trouble. 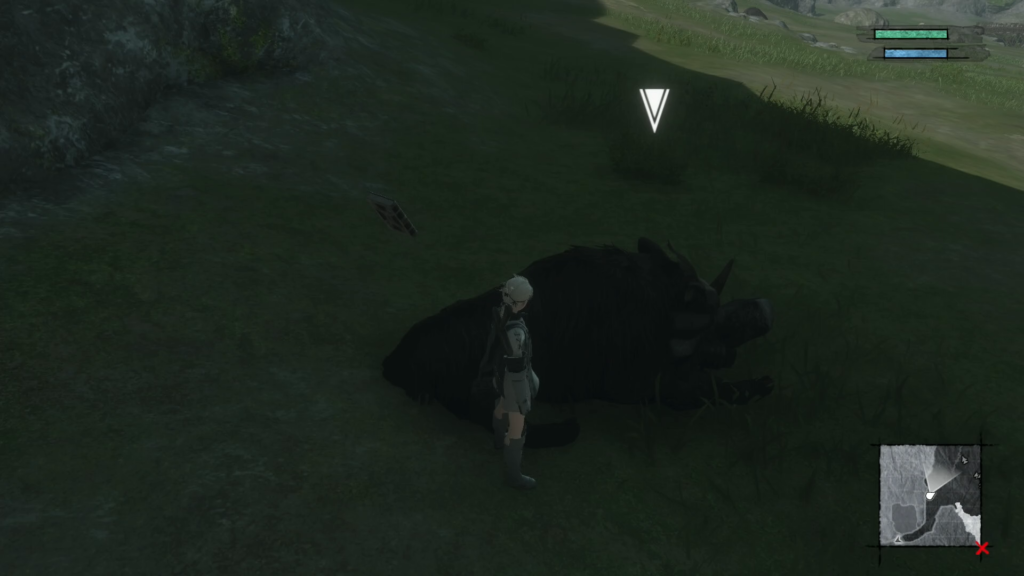 With the Boar Tusk in hand, you can now ride boars in the Northern Plains and further afield as and when you find them, just go up to a sleeping boar and interact with it. You can then ride the boar for faster travel, and even do your own charge move to help damage enemies. This is super useful for completing other quests such as the Fragile Delivery quest.