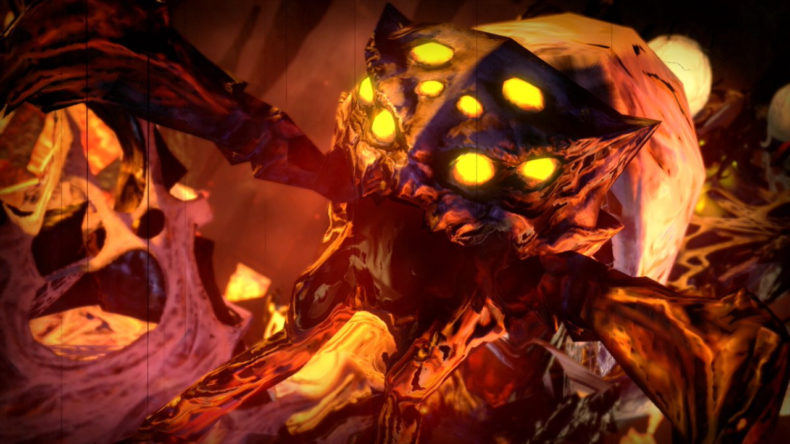 I, like most normal people, am not overly fond of spiders up-close. At a distance, they’re fascinating, but when I find myself in the same room as one I have trouble adopting a “live and let live” attitude. And if they come within a certain distance, well, it’s them or me, quite frankly. It’s not all creepy-crawlies, I should add. Just spiders. And moths, actually. In fact, moths are worse. They can all get in the bin.

The painfully laboured point I’m attempting to make is that I’m not a big fan of spiders and, while I can admire their handiwork with spun silk, I’d rather sit in a bathtub filled with raw eggs for an hour than share a bed with a spider. Whenever I choose to consume media containing the many-legged shits (such as video game bosses, B-movies starring David Arquette, or my two joint-second-favourite Marvel movies) I do so knowing fully what I’m getting into. And sometimes, I don’t mind willingly weirding myself out. 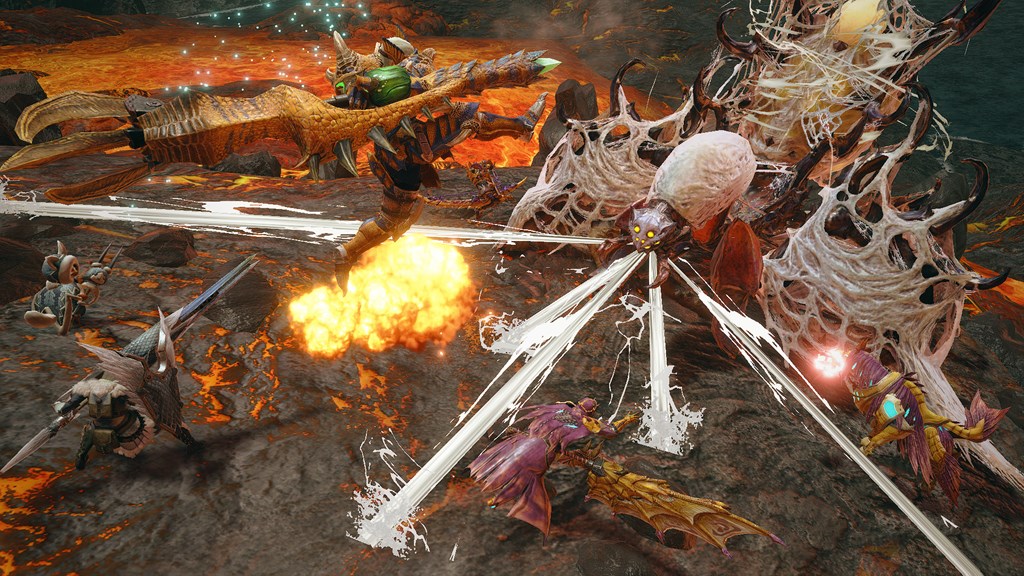 Which is why I was disappointed that, despite a number of perfectly suitable locales, I never got to hunt or be hunted by a Nerscylla in Monster Hunter World. Now look, before you immediately start waving placards telling me to play the earlier ones, I will offer the pre-emptive counter that, well, I don’t want to. I was never much of a fan of the DS (and no, I won’t hand in my “Gamer Card” ell-oh-ell), and even when I attempted to play ports on the Wii and Wii-U, I gave up fairly early on because I just couldn’t be arsed to wrangle my brain into learning the obtuse controls. Of course, this was in a time before Dark Souls had taught me the importance of gitting gud, so that may have been part of it.

But World got my attention immediately. And, while the Veterans out there may well roll their eyes and shake their heads at my “paltry” thousand hours, it’s the first time Monster Hunter really hooked me in. Sadly though, by the time I reached Iceborne, nothing scared me anymore – even the last few offerings. Furious Rajang was just another screaming rage-monkey; Alatreon was a pretty mechanical fight, and Fatalis was… well, Fatalis just drove me nuts. Nothing gave me the shivers that Odogaron did the first time I faced him, or thrilled me quite as much as taking down Nergigante solo for the first time.

Having fallen in love with World’s roster, I became curious about past favourites and began reading back on the lore and features of previous games – which is how I stumbled upon Nerscylla, an arachnid like “Temnoceran”, able to spin webs and move incredibly fast. And it looked terrifying, especially to someone like me who, while not exactly arachnophobic, is still super disturbed by the movement and actions of our little spindle-legged neighbours. 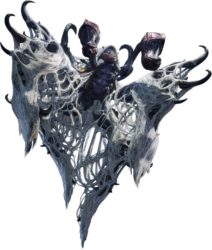 I mean, I get why there was no Nerscylla in Monster Hunter World. For a start, the skeleton isn’t in the game – by which I mean the frame work that governs the shape, movesets and gestures of the various wyvern breeds (Yuan Garuga and Rathalos, for example, share skeletons). To put in a monster that moves and acts so differently from the others would be incredibly tricky, and I get it.

So you can imagine how happy I was to learn that Monster Hunter Rise features the return of the Temnoceran with new monster Radna-Kadaki, a beastie that not only spins webs but slings lava around too. Good luck killing this one with fire. From just the few brief shots of it in the trailers, it has me hyped. Huge stabbing legs, too many eyes, shrouded in web, wreathed in fire. Makes me shiver just thinking about the thing.

I was excited anyway, of course. A new Monster Hunter game in a post-World, er, world, is a hype-worthy prospect for me and many others, but the inclusion of something that has the potential to really creep me out is thrilling. In fact, a few of Rise’s monsters are pretty disturbing. Khezu, for example, with its pale fleshy skin and long neck, Somnacanth and its oddly expressive face, and Bishaten, which, yeah, is just weird-looking.

Regardless of these others, though, the main event for me is the Radna-Kadaki. I really want to be afraid to step up to the fray again, to have that feeling I had the first time I faced Doggo or Nergi on my own, and particularly the feeling I had when I first beat them. I don’t think there’s anything wrong with being scared shitless facing off against a towering monstrosity; in fact, it’s one of the things I’m most looking forward to in Monster Hunter Rise.

Monster Hunter Rise will be released exclusively on Nintendo Switch on March 26 2021.

Senior Content Editor Mick has been playing games for over 30 years and writing about them for around 12. After drifting from site to site for a while, settling briefly at the now-defunct Made2Game and freelancing for the gone-but-not-forgotten NintendoGamer Magazine, he came at last to rest at Godisageek. Mick has been a reviewer, staff writer and content editor here for some time, while also moonlighting a little for Red Bull Games. He has 4 kids, has written 2 novels, and sometimes even manages to pay a bill or two. You'll usually find him defending the galaxy in Destiny 2, battling evil in Diablo 3, or lurking in the background on Twitter. Find him there @Jedi_Beats_Tank, or on XBL (JediWaster247), PSN (Jedi_Waster) or Nintendo (JediWaster).
MORE LIKE THIS
CapcomMonster HunterMonster Hunter Risemonster hunter world