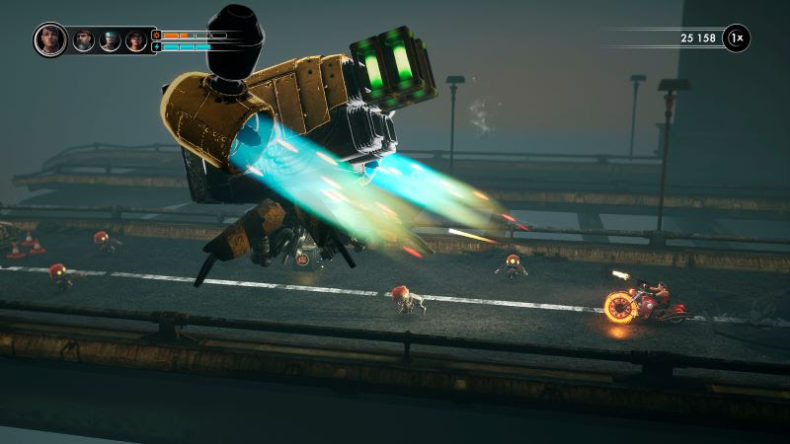 Tate Multimedia has announced that its motorbike platformer Steel Rats is available for free on Xbox and PC until April 4, 2021. Steel Rats is a dieselpunk title set in an alternative 1940’s American coastal city. You must save it from the deadly invasion of alien Junkbots.

From April 2, 2021 Steel Rats is available to play for free on Xbox One, and Steam. Find it on the Microsoft Store here or on Steam here.

See the Steel Rats trailer below:

Gary Bailey reviewed Steel Rats on PS4 and gave it a 7/10. He had this to say about the game:

Steel Rats is certainly an interesting prospect. With some decent platform gameplay mixed with inertia-driven vehicle movement, and it’s all played out to a stunning soundtrack. From the Blade Runner-esque menu music, to the hefty grunt of the bike engines, this is a game best played with headphones – or a nice speaker setup, if you have forgiving (or hard-of-hearing) neighbours. It’s an innovative game that tries something new, which does work the majority of the time. At worst, it’s a little awkward and frustrating, but at its best Steel Rats is a satisfying adventure that will keep you entertained for hours.

Steel Rats is out now on PC, Xbox One and PS4.