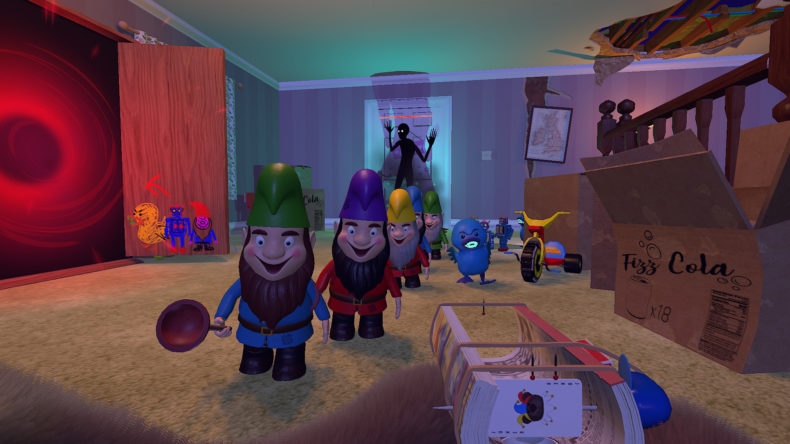 Brand-new UK developers Waving Bear Studio has announced an FPS called Stuffed as their inaugural title, and it will enter Early Access this Summer. Stuffed takes place in the dreams of a young girl called Ellie, with players taking control of her teddy bears to fight off hordes of nightmares manifesting as evil toys trying to break into her bedroom.

There’re dozens of different enemy types and bosses, such as sinister gnomes, fanged rubber ducks, menacing robots, and eerie shadow monsters. Stuffed will be playable online and in two-player split-screen co-op as well as solo, with plenty of DIY weapons, and customisable skins to change up the look of the teddy bears.

Originally dreamed up back in 2016 as a prototype, Waving Bear has worked hard to bring Stuffed to fruition after a failed Kickstarter. The studio is taking a ‘player-first’ approach to development after acquiring private funding, by working closely with the community to refine and finesse the game throughout development.

“Stuffed was originally conceived as an 18+ horror shooter but when we took early prototypes to conventions we had queues of younger gamers wanting to play,” said Waving Bear Studio. “We realised how few FPS games are accessible to a younger audience, so we redesigned the title from the ground up: taking the mechanics and experiences enjoyed in mature shooters whilst ensuring the content appeals to a wide range of players. We love how, as the title’s grown throughout development, its reach and appeal has crossed so many barriers, whether that’s age, gender, nationality, and many other demographics.”